Simmons gets 31 years in prison for long string of crimes 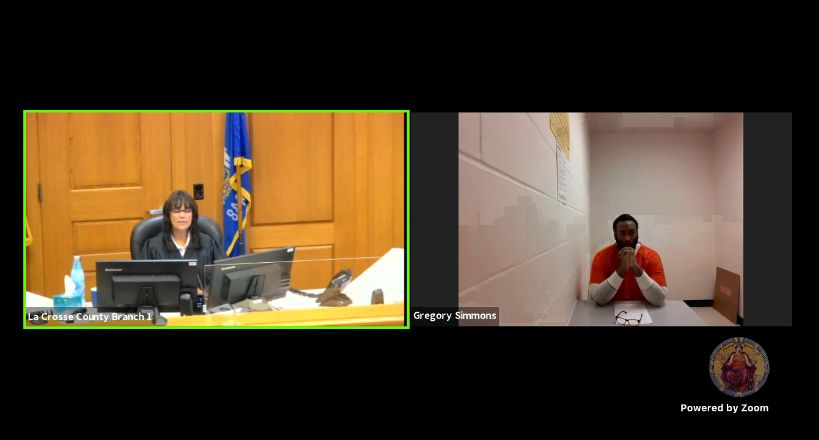 A La Crosse man described in court as a smooth-talking and manipulative predator is sentenced to 31 years in prison.

Gregory Simmons could have received up to 227 years for crimes committed in recent years, but he took a plea agreement this year.

Simmons pled guilty specifically to assaulting a young woman three years ago, and trying to take her to Racine to work as a prostitute.  That case made news when the victim escaped into a Kwik Trip store, hiding there in a walk-in beer cooler while store employees called police.

The judge says Simmons has violated rules every time he has been released from jail or prison, allowing him “to continue to live your life as you have the first 34 years, which is basically to believe that you can do anything because you can talk your way out of it and you can find a way to avoid the consequences of your behavior.”

During sentencing on Wednesday, the court heard tape recordings of Simmons sweet-talking to women on phone calls. Gonzalez says Simmons has been known to tell two different women within minutes of each other that each woman was the only one he loved.

The mother of one of Simmons’s victims was upset that her daughter’s case was among many dismissed as part of a plea agreement, and said Simmons was just getting a “slap on the wrist.” Defense attorney