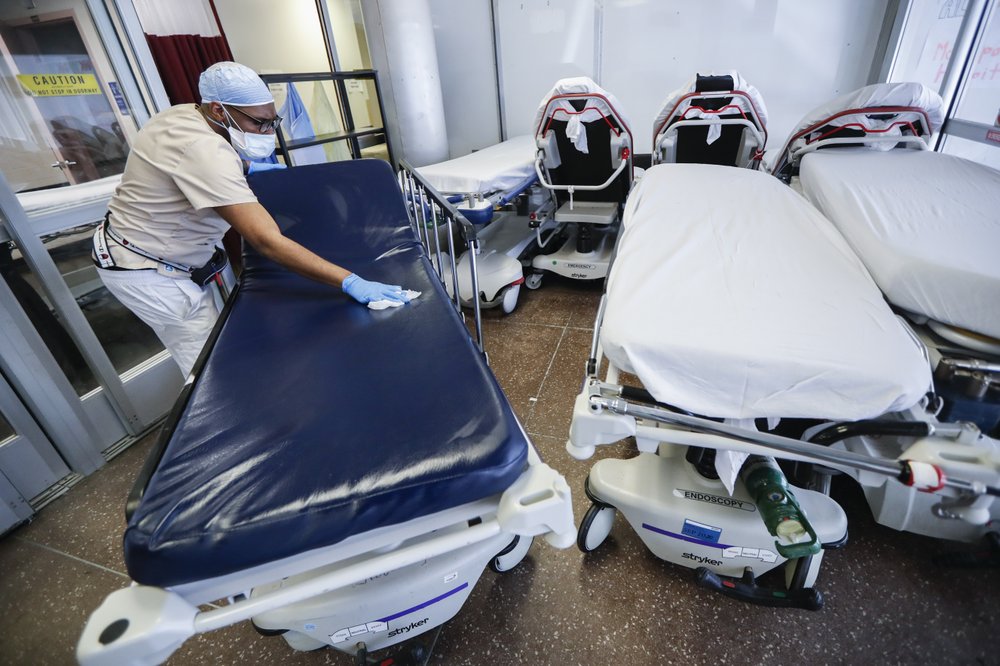 MINNEAPOLIS (AP) — Health care, school and food workers who risked their lives at the height of the pandemic made pitches Wednesday for a piece of the $250 million in COVID-19 relief money that Minnesota plans to allocate as bonuses to essential frontline workers.

They told their stories of sacrifices as a bipartisan panel of nine state lawmakers began sorting out who should get the money and how much. The hearing made clear what difficult decisions the working group faces over the next six weeks to determine which groups of potentially hundreds of thousands of workers are the most deserving. The more workers who get the money, the smaller the payments must be.

Mary Turner, president of the Minnesota Nurses Association, told how she and her fellow COVID intensive care nurses at North Memorial Medical Center in Robbinsdale struggled with shortages of masks and long hours without days off, often getting seriously ill themselves as they cared for dying patients and tried to protect their families.

“I can’t tell you enough the risks that my profession has taken, the sacrifices they have made, and the PTSD that still follows us,” Turner said.

Around a third of the states have used federal relief aid to reward workers who stayed on the job amid the dangers of the pandemic. Who qualified — and how much they received — varied widely, an Associated Press review found. While some got thousands of dollars, others with similar jobs elsewhere received nothing. For example, prison guards in Missouri got an extra $250 per paycheck. In Vermont, nurses, janitors, retail workers and many others got as much as $2,000.

Under its rules, at least seven members must vote to approve a specific recommendation for allocating the money. That will require at least one Republican vote. If they can’t reach a consensus, they can submit up to three options. They’re required to report by Sept. 6 in hopes of the Legislature passing a plan in a special session in mid-September, which will take bipartisan support. The $250 million will come from an as-yet undetermined combination of federal aid and state funds.

Several testifiers pointed out that many workers who were considered essential during the darkest days of the pandemic were lower-income people of color and immigrants who didn’t have the option of working from home.

Emilio Gonzalez, of Richfield, who has held janitorial, construction and food production jobs that were considered essential, said he got COVID-19 in November and is still struggling. Speaking in Spanish through an interpreter, he said he had to learn to walk, eat and perform basic functions all over again, and he’s not sure if he’ll be able to work again.

“Like many of my colleague essential workers, we assumed our role with responsibility, courage and bravery, so that those that could work from home, so that our little Minnesotans and the vulnerable and elderly, didn’t run a risk,” Gonzalez said. “However, holding my role in the production line almost cost me my life. I have survived to realize that me and many others like me do not have the support that reflects our work and our essentiality.”

Dan Colgan, administrator at Redeemer Health and Rehabilitation Center in Minneapolis, donned a protective coverall, an N95 mask and a plastic face shield to provide a graphic visual.

“This is the war gear of our health care workers,” Colgan testified. He told how his facility admitted nearly 240 COVID patients from locally far away. He said 22 of them died, including six in one day, while 37 of his 150 employees contracted the disease. Many workers stayed in hotels to keep their families safe.

“Why should frontline workers be offered this bonus?” he asked. “Because they’ve done the work that most within our society would never consider doing.”