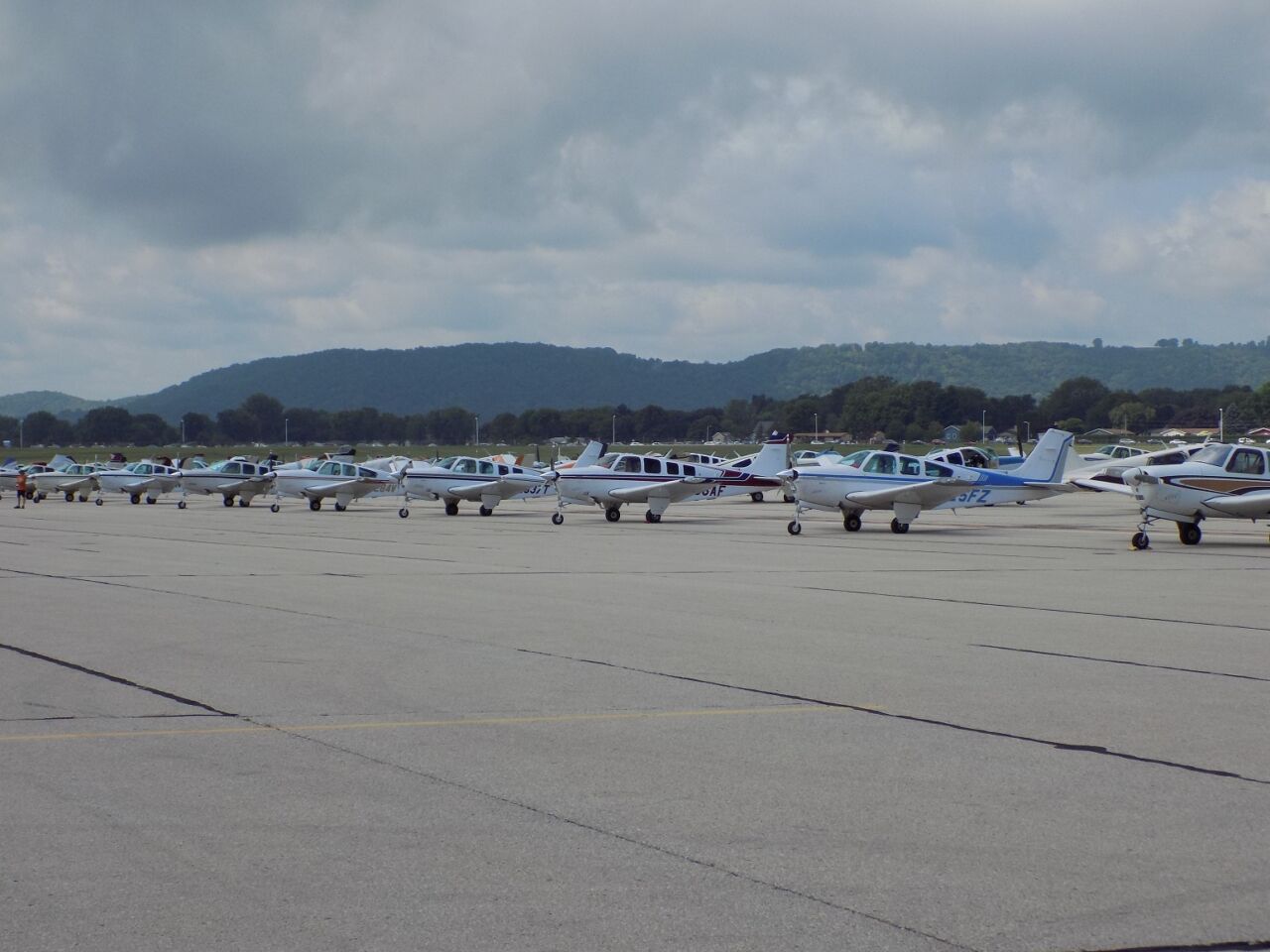 About 130 small airplanes took off Saturday from the La Crosse Airport to travel as a group to the EAA Fly-In in Oshkosh, Wis.

The planes had been scheduled to take off just before noon, but weather concerns led to a delay of departures until after 2:30 p.m.

Once the takeoffs began, the planes generally left the ground in groups of three, often less than a minute after the previous group took to the air.

The Bonanza planes from around the country have flown as a group to Oshkosh for about 30 years.

Through 2019, they gathered in Rockford, Ill., for the last leg of the trip to the EAA, but there was no fly-in for 2020, and difficulties arose this year, so they chose La Crosse as a takeoff point for 2021 instead.