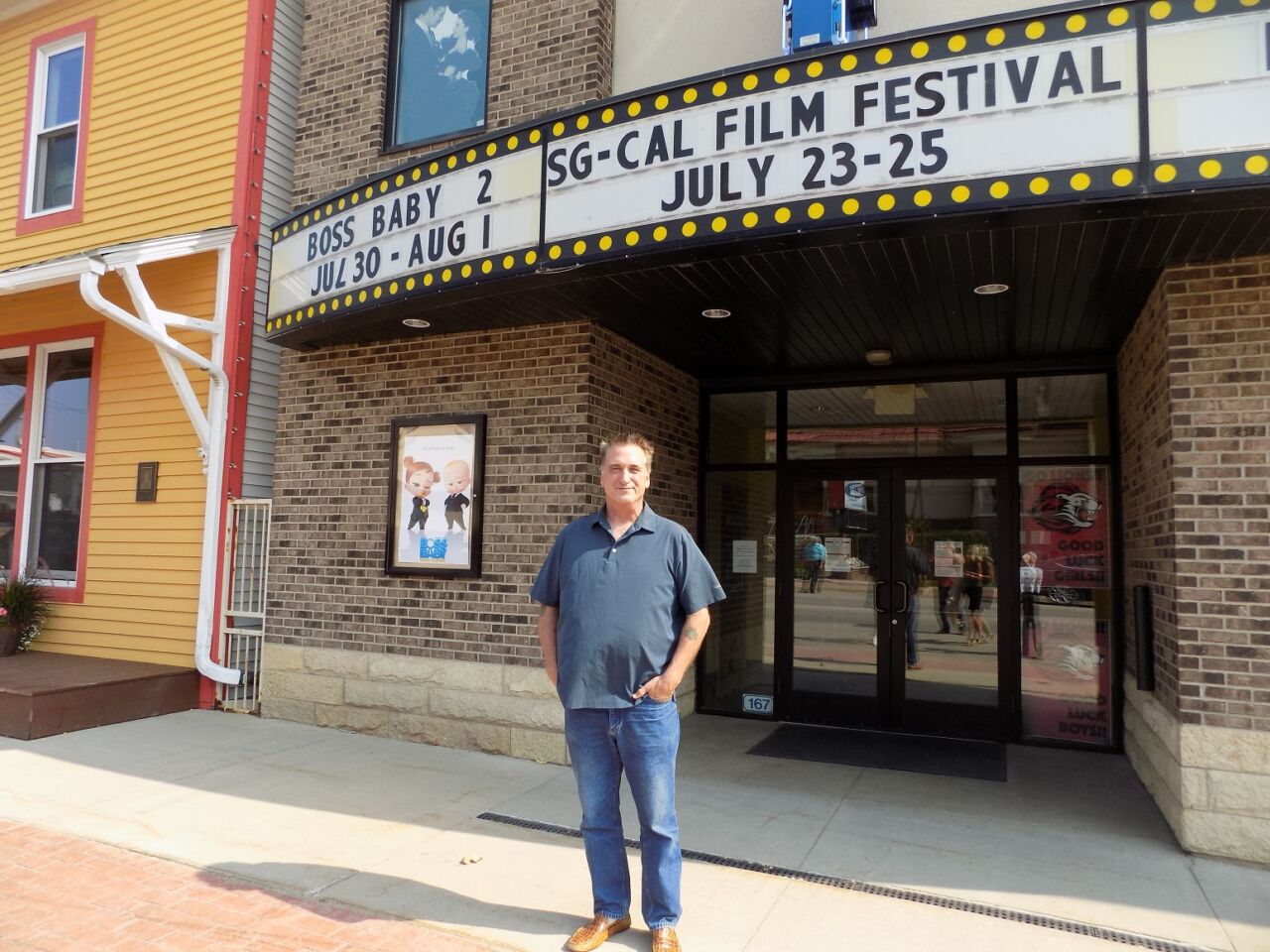 A small Friday afternoon audience in Spring Grove got up-close and personal with two members of a famous show business family.

Actor and director Daniel Baldwin appeared in person to show his new documentary “My Promise to PJ” at the Spring Grove Caledonia Film Festival on Friday, and then chatted live by Zoom with his brother Alec Baldwin.

The Baldwins discussed the movie business, the challenges of directing versus acting, and Daniel’s addiction problems which led to rehab, and to a friendship with Patrick Raynor, Jr., the “PJ” in the film’s title.

PJ died from a drug overdose after a long battle with addiction, and the movie shows Daniel’s efforts to fulfill his promise that if PJ could become sober, the two of them would go to Spain together to run with the bulls in Pamplona.

Daniel says the main message of the film is “I always keep my promises.”

Two other acting Baldwin brothers, Stephen and William, appear in the documentary, as well as Alec.

Daniel told the Spring Grove audience of 20 to 30 people that he considers the documentary his best work. Alec, perhaps tongue-in-cheek, said his best work is the new “Boss Baby” animated movie, which happens to play next weekend in Spring Grove.

This is the second year of the Spring Grove Caledonia Film Festival, which runs through Sunday. Daniel Baldwin and last year’s featured festival guest, Ed Asner, are both scheduled to appear in the festival parade Saturday afternoon in Caledonia, and both men will perform in a staged play reading in Caledonia on Saturday night.