LISTEN: In midst of dedication at La Crosse fire station, crash is heard, as truck rolls over a block away 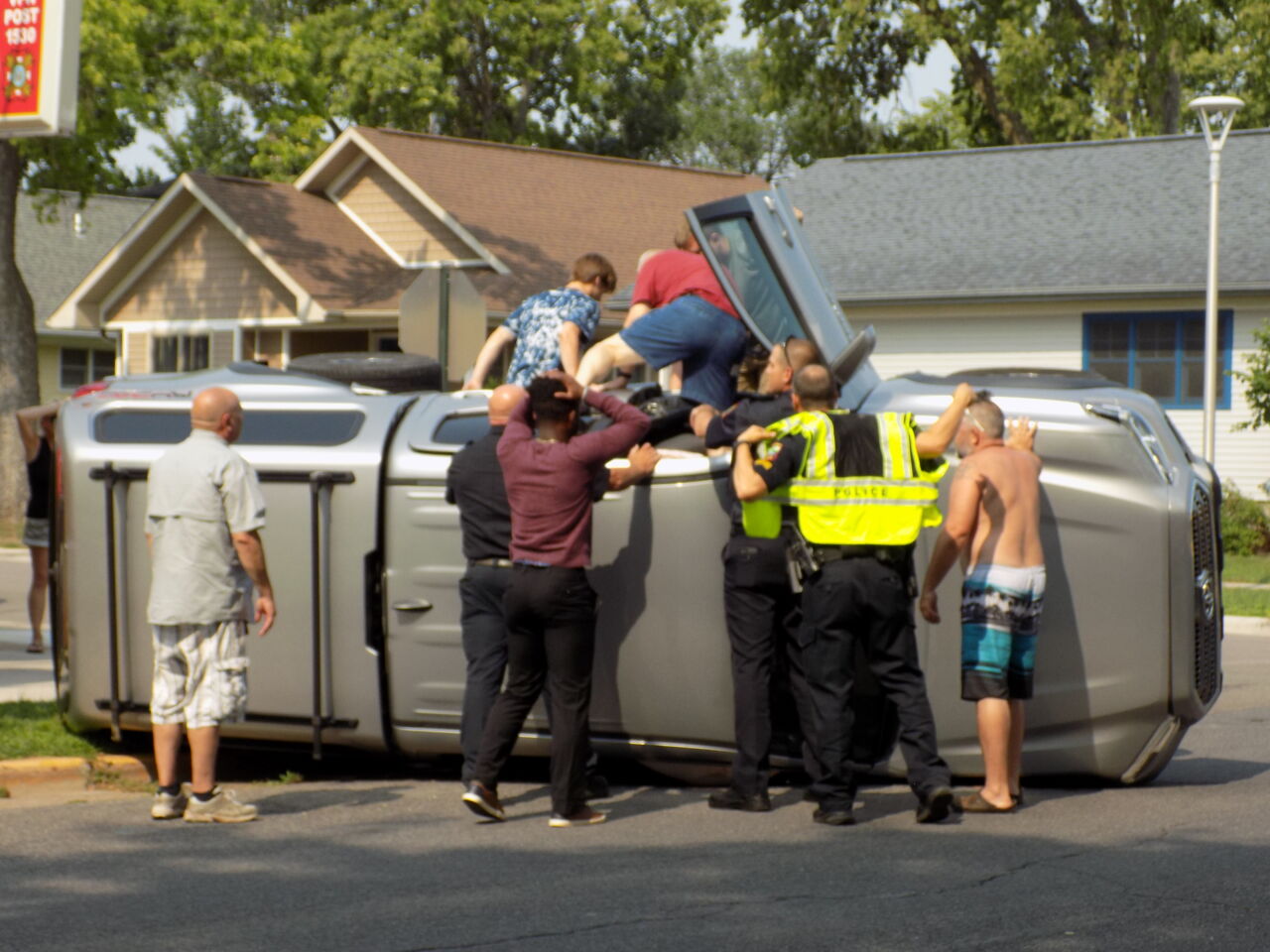 It may have been the fastest response time to an accident in the history of La Crosse. And most covered.

A truck flipped onto its side just outside the VFW Hall in La Crosse at 6th and Market, shortly after 4 p.m. Tuesday.

It just so happened that, a block away, firefighters and police were already basically on the scene, as they were gathered to watch the dedication of a new firetruck, while the media reported.

You can hear the accident interrupt Mayor Mitch Reynolds speech:

An hour later, the mayor was in the WIZM studio on La Crosse Talk PM, describing everything that happened from his perspective:

Several people were in the vehicle, but they were able to get out on their own. Nobody was hurt.

As Reynolds described, Police Chief Shawn Kudron and others were on the scene seconds after the crash.