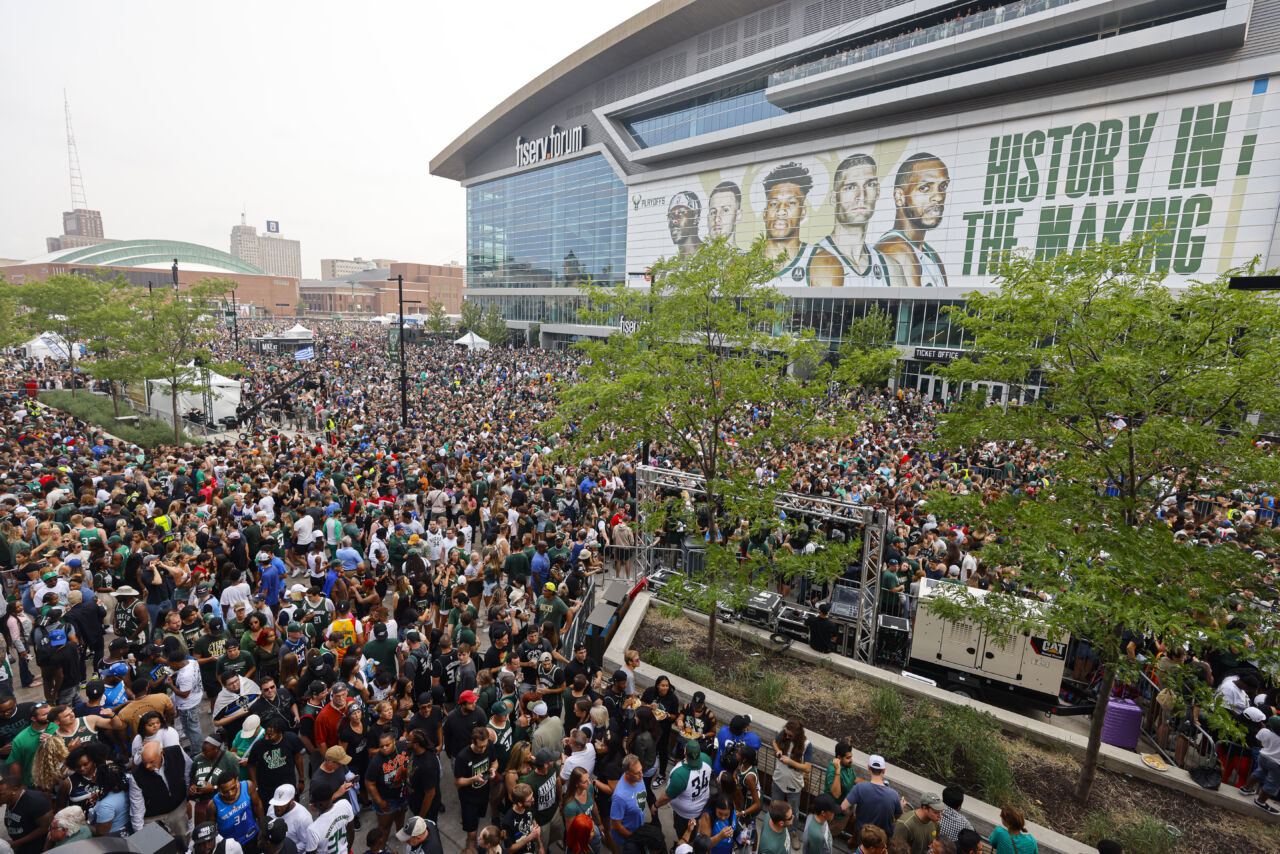 You may remember DJ Quadi from his performances in countless bars and weddings in La Crosse.

He has been with the Milwaukee Bucks for the past five seasons.

Quite a ride for Quadi, from part-timer at Z93 back in the day, to La Crosse weddings, to the Green Bay Packers and topping it all Tuesday night in the Deer District, as the Bucks won their second-ever NBA title.

Quadi entertained over 65,000 Bucks fans in the Deer District outside of the Fiserv Forum.

The Z93 Morning Buzz caught up with Quadi at what must have been a very early Wednesday morning to find out what it was like to be such a big part the celebration.

Quadi’s job during the NBA Finals has been to put on a show to pump up the crowd in the Deer District.

His pre-set included an appearance from five-time NBA all-star, Marques Johnson, a former guard for the Bucks in the 1970s and 80s.

Being on that big stage hasn’t changed Quadi. He said he just had a conversation last week about remembering how he got there.

“If it wasn’t for the days in La Crosse, DJing in the bars there, and being a part of Z93, I wouldn’t be here. I’m beyond grateful, and appreciative, and humbled to have this opportunity.”

What happens when what was estimated to be well over 65,000 fans are outside the arena when the Bucks win their first championship in 50 years?

“Surprisingly, everyone was very cool,” Quadi said. “Everybody partied for a little bit and we had an amazing fireworks show. The Bucks and the Fiserv Forum put together an amazing program for this whole thing.

“We had the fireworks, the presentation of the trophy, Giannis (Antetokounmpo) got MVP. It was cool. Everyone was professional, gracious, and I think, just overall, happy that we got to be a part of this.”

Quadi even hosted an after party at a local bar after the big win.

The team will celebrate its first championship, beginning at 11 a.m. Thursday.