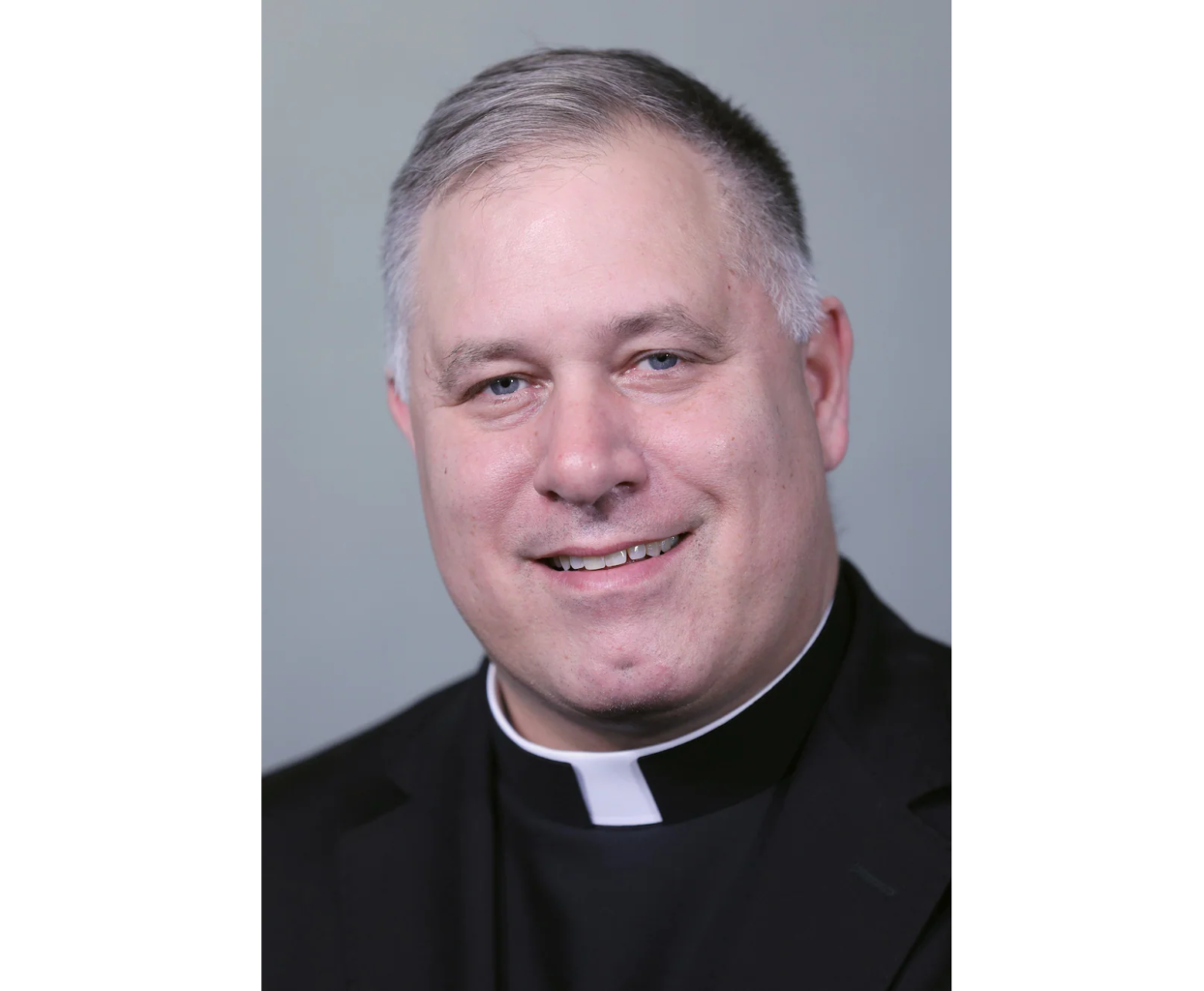 Former Monsignor Jeffrey Burrill, who was a priest of the Diocese of La Crosse.

NEW YORK (AP) — Citing allegations of “possible improper behavior,” the U.S. Conference of Catholic Bishops on Tuesday announced the resignation of its top administrative official, Monsignor Jeffrey Burrill, ahead of a media report that probed his private romantic life.

Shortly after the announcement, the Roman Catholic news outlet The Pillar published its article based on data it said was “correlated to Burrill’s mobile device” and indicated he had visited gay bars and private residences using a dating app popular with gay people.

The Pillar alleged “serial sexual misconduct” by Burrill — homosexual activity is considered sinful under Catholic doctrine, and priests are expected to remain celibate.

As a priest, Burrill is affiliated with the Diocese of La Crosse, which said he most recently completed a background check last year. Burrill has worked in Eau Claire, Mondovi, and Plover before taking the USCCB post in Washington.

A statement from the diocese said Bishop William Patrick Callahan and his colleagues “are saddened to hear the media reports related to Msgr. Burrill.”

It pledged full cooperation with the USCCB “to pursue all appropriate steps in investigating and addressing the situation.”

“Please remember Msgr. Burrill and all affected in your prayers so they may find refuge and strength in God’s unfailing love,” it concluded.

Los Angeles Archbishop José Gomez, president of the USCCB, said in a statement that conference officials learned of the allegations of possible improper behavior on Monday.

“What was shared with us did not include allegations of misconduct with minors,” Gomez said. “However, in order to avoid becoming a distraction to the operations and ongoing work of the Conference, Monsignor has resigned effective immediately.”

“The Conference takes all allegations of misconduct seriously and will pursue all appropriate steps to address them,” he added.

The USCCB did not release any statement or resignation letter from Burrill; its press office said it would let Burrill know that The Associated Press was seeking comment from him.

The Rev. James Martin, a Jesuit priest and prominent advocate for greater LGBTQ inclusion in the Catholic Church, criticized The Pillar’s report.

“Priests should obviously keep their promises of celibacy. But Catholic journalists should not use immoral means to spy on priests,” Martin said. “Because what comes next? Spying on Catholic school teachers? Spying on parishioners? And where does it end — when we have a church where no one has ever sinned? The church will be empty.”

Burrill was elected in November 2020 as the USCCB’s general secretary, a position in which he coordinated a variety of administrative matters. He had served since 2016 as associate general secretary, and before that was a pastor at several parishes in Wisconsin. He also previously worked for four years at the Pontifical North American College in Rome.

Gomez said Burrill would be replaced on an interim basis by the Rev. Michael Fuller, the current associate general secretary.

While the USCCB doesn’t have direct authority over the nation’s bishops, it coordinates many of the church hierarchy’s policies, messaging, advocacy and charitable work.