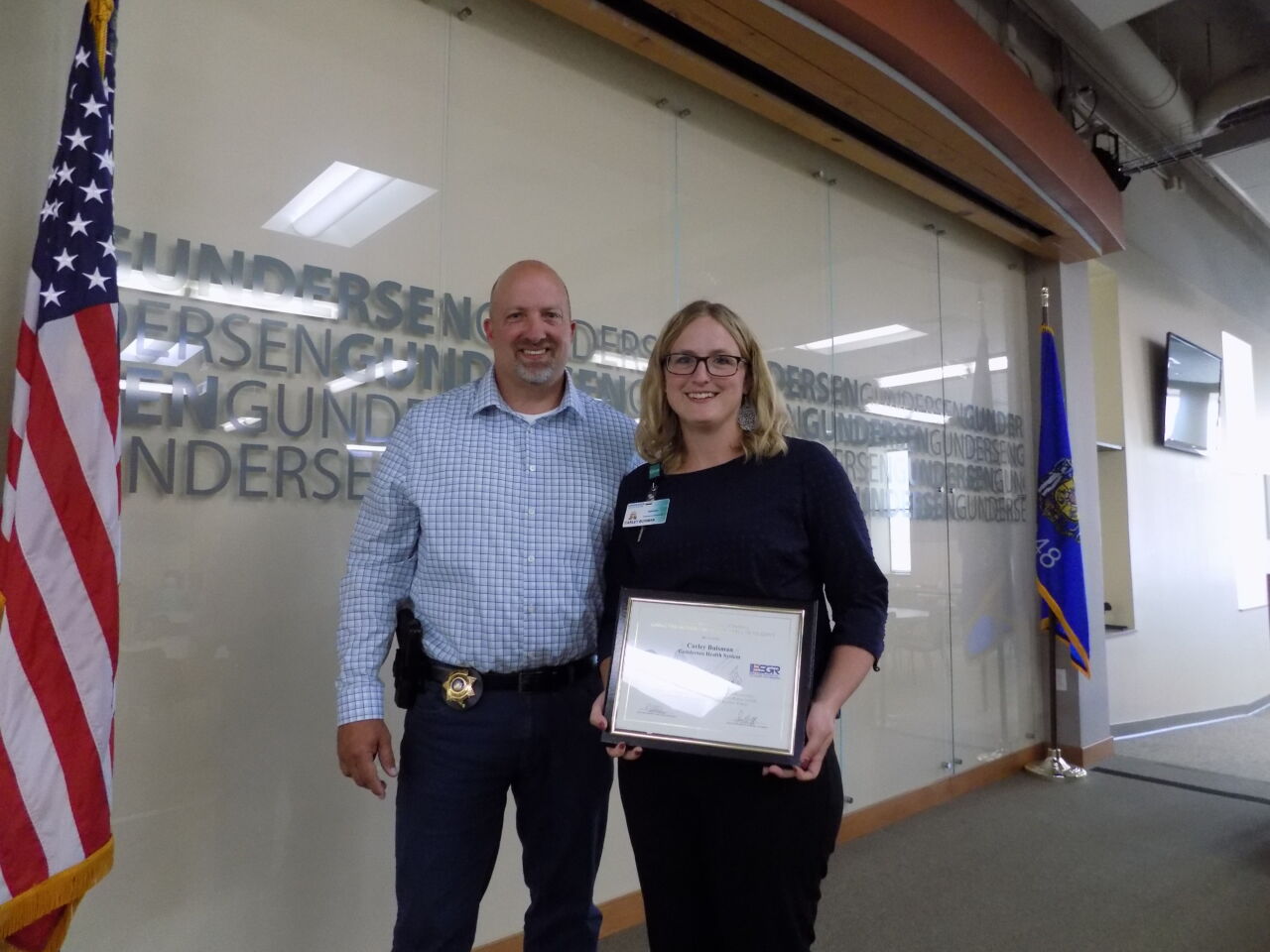 The Defense Department has recognized a hospital department manager in La Crosse for her support of letting employees serve in the National Guard.

On Monday, a Patriot Award was given to Carley Buisman at the facility she manages at Gundersen, the Integrated Center for Education.

Buisman says a member of her staff, named Nolan, nominated her for the award, for helping him take time from work to serve with the military.

“So I think he chose me because while he was gone, I sent him a CARE package and then when he came back, I made sure everything went smoothly,” said

During a brief award ceremony, Nolan said the CARE packages helped keep his morale high. Also, “it was just nice to talk to people back home,” he said, “and then when I came back they were very supportive and helped me get back into work and then gave me more job opportunities.”