After ceremony interrupted by vehicle rollover, new La Crosse fire truck dedicated to fireman who died on duty in '57 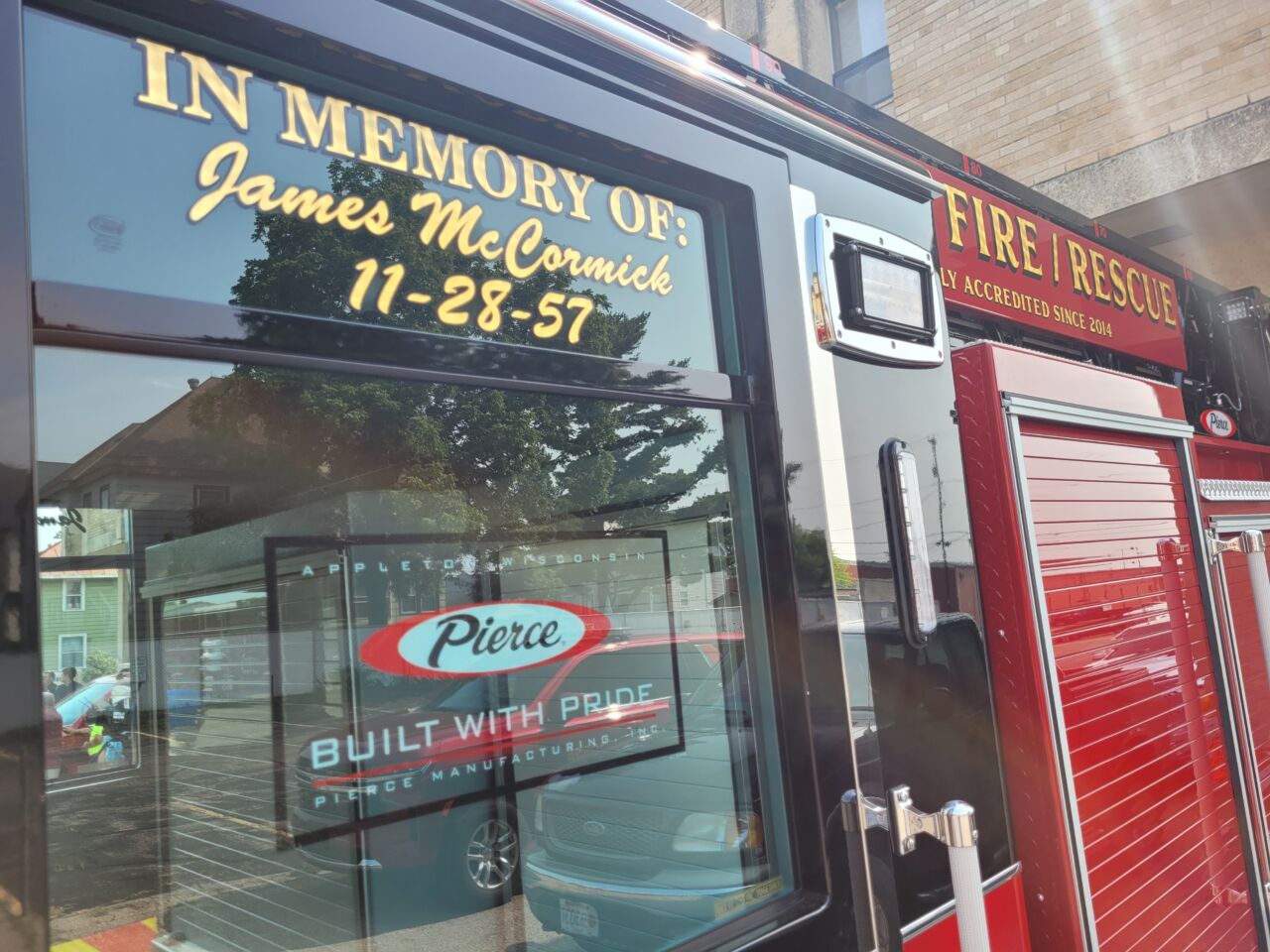 The La Crosse Fire Department dedicated a new fire engine Tuesday to a local firefighter who died decades ago in the line of duty.

The new Quint 1 truck bears the name of Engineer Jim McCormick, who died shortly after experiencing chest pains at a fire scene on Thanksgiving Day of 1957.

Fire Chief Ken Gilliam was grateful to members of McCormick’s family for being able to attend the dedication at Fire Station 1, along Market Street.

The ceremony was disrupted in the middle of a speech by La Crosse Mayor Mitch Reynolds, when responders ran to the scene of a vehicle rollover, a block away on 6th Street.

An hour later, Reynold was in the WIZM studio, discussing the scene.

Gilliam said the new truck will bear McCormick’s name for a long time.

“(The) average La Crosse fire rig’s out on the street for about 20 years frontline and then reserve status, so this memorial will be around for a couple decades,” Gilliam said.