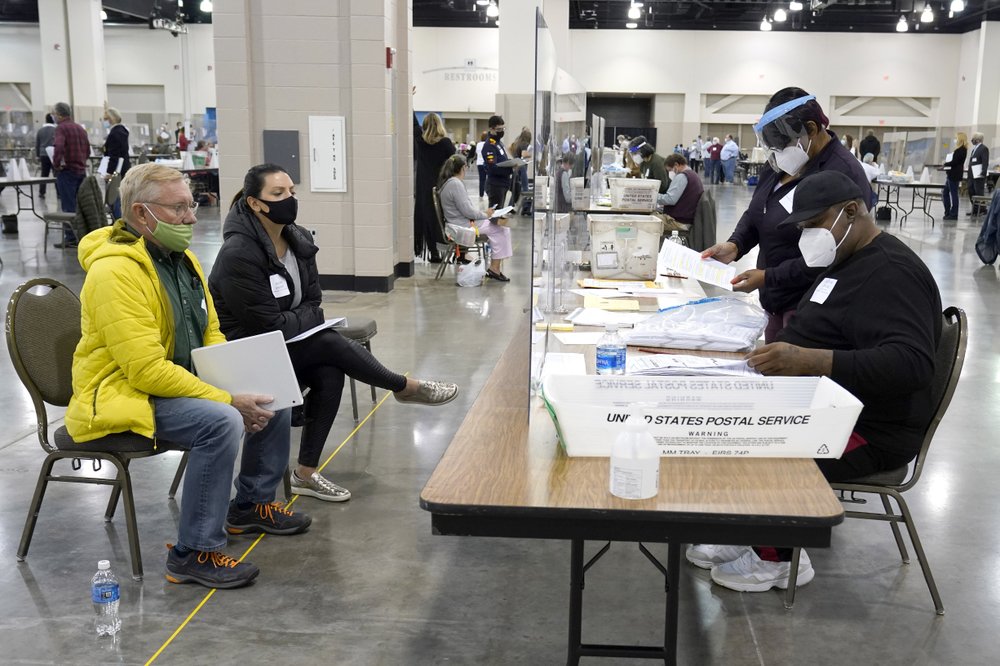 MADISON, Wis. (AP) — A Wisconsin man who cast two absentee ballots in the 2020 presidential election has been charged with four felonies, making him the second person in the battleground state to face charges stemming from the election.

Former President Donald Trump has wrongly claimed there was widespread fraud in Wisconsin, a state that President Joe Biden won by just under 21,000 votes.

The latest charges, filed in June, come in one of 27 cases referred by Wisconsin election officials to prosecutors out of more than 3 million ballots cast.

No other charges have been brought from that group. District attorneys have said they are not pursuing charges in 18 of those cases — 16 of those out of La Crosse County. The other eight are either still under review, or the district attorney did not provide an update Monday.

Trump continues to make claims that the election was stolen, targeting Wisconsin and other key swing states such as Arizona. In that state, an Associated Press investigation found 182 cases where problems were clear enough that officials referred them to investigators for further review. So far, only four cases have led to charges, including those identified in a separate state investigation. No one has been convicted.

In Wisconsin, the numbers are even smaller. Republicans, however, have ordered a review by the nonpartisan Legislative Audit Bureau and Assembly Speaker Robin Vos hired three retired police investigators to look into claims of “irregularities,” which will be overseen by a former state Supreme Court Justice being paid $11,000 by taxpayer dollars.

“Hell no,” he said when asked if he intended to vote twice.

He declined to say who he voted for in the presidential election.

Overall registered to vote in St. Croix County in 2007 but sold his house in 2019 and changed his address on his driver’s license to Beloit in May 2020.

On Oct. 13, just a day after he signed that absentee ballot, Overall registered to vote using a Beloit, Wisconsin, address, using a vehicle title as proof of residence, the complaint said. On Oct. 27, Overall voted absentee in person at a voting location in the Town of Beloit, in Rock County.

Overall said he was told by an election official in Rock County that his absentee vote there would cancel out his request for the St. Croix County absentee ballot, which he said he remembered filling out but not returning.

“I’ve got memory problems,” Overall said Monday. “I can’t even remember what day it is.”

The investigator recommended charging Overall with election fraud because he had moved from St. Croix County in 2019 and changed his driver’s license address, but presented an old driver’s license when applying for the absentee ballot there.

Overall is due in court for his initial appearance on Aug. 5.

His case comes after a Florida man was charged with election fraud in Sawyer County, Wisconsin, in March. Luke Aaron Frazier, 36, unsuccessfully tried to obtain an absentee ballot for the November 2020 election by falsely claiming he was a resident of the village of Radisson. His case was not among the 27 others that local elections officials forwarded to the Wisconsin Elections Commission, as state law requires.

Frazier is scheduled to be in court on Aug. 31 for a status hearing.