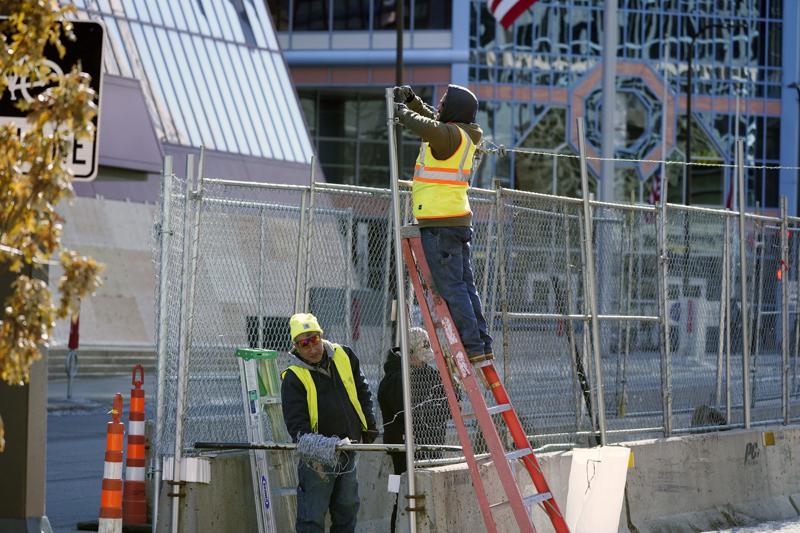 The Hennepin County Sheriff’s Office, which oversees security at the courthouse, spent a total of about $3.2 million for employee salaries, equipment and security for the courthouse. After salaries, the single largest expense was for added courthouse security: $773,412 was spent on items such as barbed and razor wire fencing, barricades and boarding. That cost did not include staffing.

Chauvin was convicted of murder and manslaughter in Floyd’s death and was sentenced in April to 22 1/2 years in prison.

Costs for the Attorney General’s Office and the state courts were not immediately available, though Attorney General Keith Ellison’s office has said some of the outside prosecutors who assisted in the case worked for free. The Hennepin County Attorney’s Office, which also helped, spent $467,877 on costs ranging from employee salaries to food and refreshments for Floyd’s family.

The sheriff’s and county attorney’s offices said some of the expenses, such as salaries, would have been incurred regardless of Chauvin’s trial.

Hennepin County Attorney Mike Freeman earned $17,771 for working on the case in the 11 months leading up to Chauvin’s trial; other prosecutors in his office spent more time on the case and earned more, including an assistant county attorney who earned $132,232.