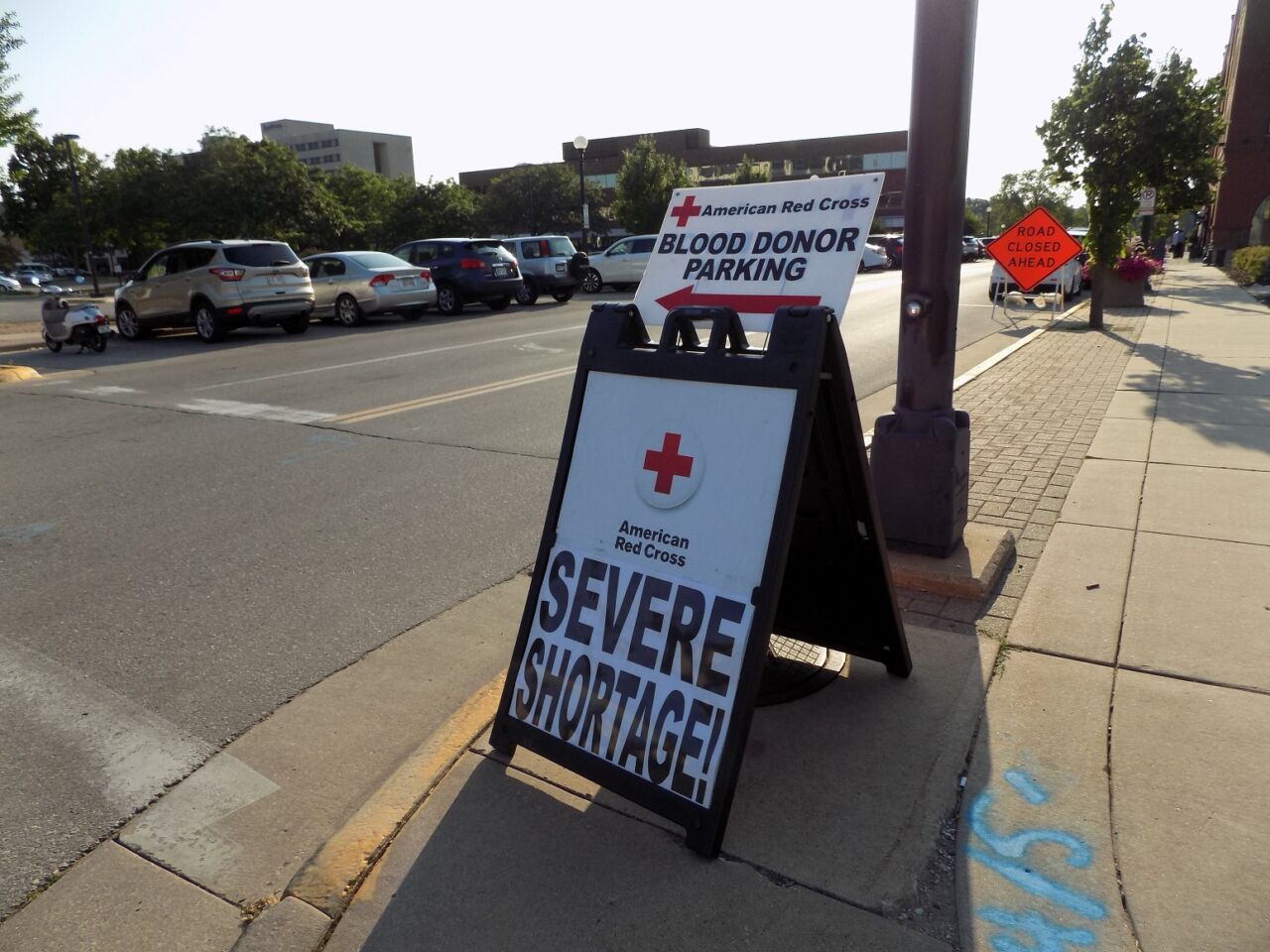 You may have seen signs in downtown La Crosse, directing you to a Red Cross blood donation site.  The signs bear the message “severe shortage,” and that’s being felt around the country.

At one point in June, the Red Cross said Wisconsin was down to less than a single-day supply of blood.

Justin Kern with the Red Crosse in Milwaukee says the return to more normal activities after COVID-19 has led to increases in some medical procedures.

“What we’ve seen over the last month really is a lot more return to elective surgeries and organ transplants, as well as an increase in kind of trauma,” said Kern.

Kern says there hasn’t been much urgency in donating blood, compared to during the height of the pandemic.

“For about 15 months, we had great turnout across the state and across the country really,” he says. “I think it was one of those things where people were looking for something they could do to make an impact, to give back.”

Kern says the Red Cross is looking for a thousand extra units of blood around the country each day, to keep up with the need.