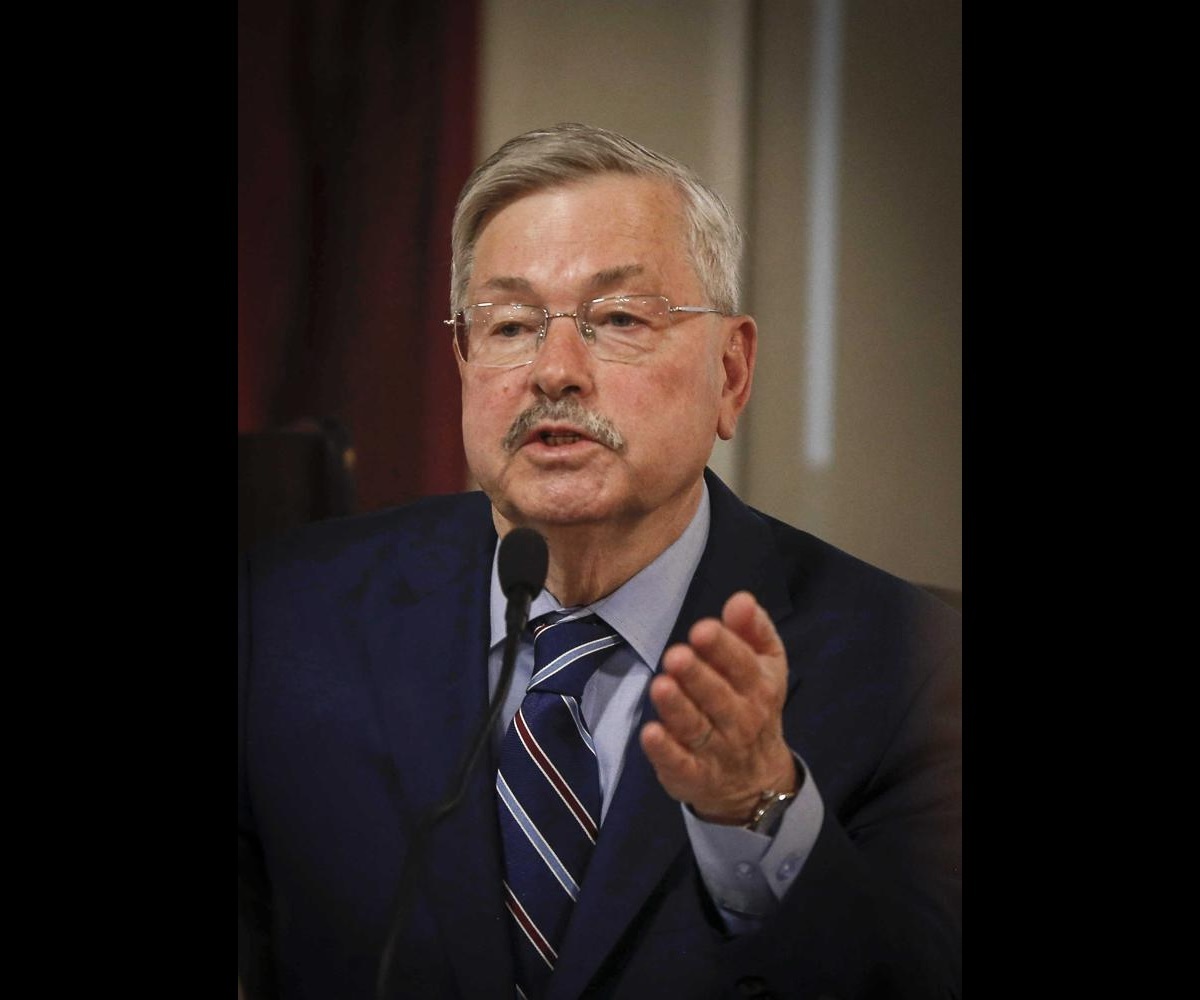 The court found no evidence that Branstad had knowledge that then-Iowa Workers’ Compensation Commissioner Chris Godfrey was gay when his administration tried to push Godfrey out of state government in 2011.

Although Godfrey’s status as one of Iowa’s first openly gay public officials was widely known, it’s “pure speculation” that Branstad had ever been aware of that, Justice Christopher McDonald wrote. The evidence does not support a conclusion that Branstad was “anti-gay” because he had employed other gay men, he added.

The ruling overturned a 2019 verdict in which jurors found Branstad and his former legal counsel violated the Iowa Civil Rights Act by discriminating and retaliating against Godfrey based on his sexual orientation. Jurors also found that they violated Godfrey’s rights based on his Democratic Party affiliation and awarded Godfrey $1.5 million in damages for emotional distress.

Wednesday’s ruling ordered a court to dismiss all of Godfrey’s claims, ending a case that lasted a decade, made three trips to the Iowa Supreme Court and cost taxpayers millions of dollars in legal fees.

Godfrey called the ruling “an absolutely bizarre decision” that undermines legal protections for gays and lesbians. He said the court disregarded the findings of jurors who heard six weeks of evidence, including testimony from Branstad and others.

Godfrey said the ruling was the logical result of the court’s rightward shift, which began after Iowa voters in 2010 removed three justices who voted to legalize gay marriage the year before.

“It is an outcome-based decision,” said Godfrey, who left state government in 2014 for a job with the U.S. Department of Labor. “Politics were injected into the court and this is what we’ve got.”

A spokesman for Gov. Kim Reynolds, who was Branstad’s lieutenant governor and supported appealing the verdict, called the ruling “a complete and total victory for the rule of law and Iowa taxpayers.” In addition to not having to pay the $1.5 million in damages, the state will not have to cover a judge’s $3.1 million award for Godfrey’s legal fees.

Even before the appeal, a Republican-controlled state panel had spent $2.9 million to pay Branstad’s lawyers over the years.

“This partisan lawsuit was nothing short of an attempt to tarnish Gov. Branstad’s character and reputation,” said Iowa Secretary of Agriculture Mike Naig, who supported the appeal and praised Wednesday’s decision.

First elected in 1982, Branstad became the longest-serving governor in U.S. history and later served as U.S. ambassador to China during the Trump administration.

The dispute dates to Branstad’s successful return run for governor in 2010 as a pro-business Republican who opposed same-sex marriage. After unseating Democratic Gov. Chet Culver, Branstad asked for the resignations of dozens of appointees, including Godfrey.

Godfrey had been reappointed by Culver and confirmed by the Iowa Senate to a six-year term as commissioner, a position that is supposed to be insulated from politics. After Godfrey rejected multiple requests to resign, Branstad slashed his annual salary by $40,000 to $72,000, the lowest allowed by the Legislature for the job.

Godfrey argued that his sexual orientation was a motivating factor for his harsh treatment by Branstad, who ran for office alongside a 2010 Iowa GOP platform that opposed equal rights for gays and lesbians. He said the adverse treatment and exclusion continued for years, including budget cuts Branstad targeted at his office.

Branstad testified that he wanted Godfrey out because powerful business interests had complained about some of his rulings awarding benefits to injured workers. He said the salary cut was within his discretion as governor and that he didn’t learn Godfrey was gay until later.

Six of the seven justices agreed with the outcome, including two whom Branstad appointed in 2011 to replace justices who were ousted over the gay marriage ruling. Two concurring justices said Godfrey should not have been able to sue under the Iowa Civil Rights Act as a political appointee.

Partially dissenting Justice Brent Appel said he would have deferred to the jury’s finding that Branstad knew Godfrey was gay but ordered additional proceedings.

Godfrey said he still cherished the jurors’ 2019 verdict, saying they “gave me justice.” He said he feels respected in his federal government job and planned to participate in a White House event Wednesday to mark Pride Month.

“It’s just a shame that Iowa can’t value people in the same way,” he said. “Because nobody that goes into public service should have to be treated the way that I was treated.”