Bruno Bear, who rambled over Wis., Iowa and several other states, dies after hit in Louisiana 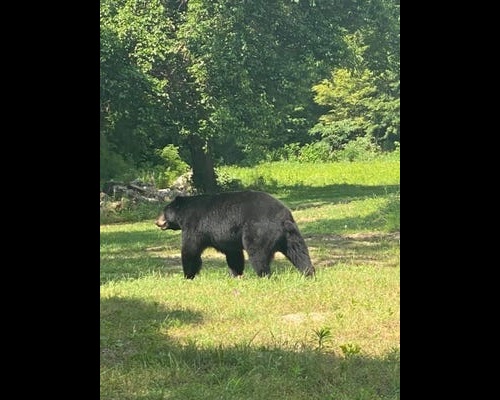 A bear that gained a social media following while wandering hundreds of miles in the Midwest and eventually reached Louisiana has died after being hit by a vehicle, the Louisiana Department of Wildlife and Fisheries said Wednesday.

The male bear dubbed Bruno was euthanized Tuesday because there was no way he could have survived, said Maria Davidson, large carnivore program manager for the Louisiana Department of Wildlife and Fisheries.

Not only were both back legs broken, but they were paralyzed because of spinal injuries, she said: “He had been dragging himself, literally.”

Biologists estimated that Bruno had been injured about a month before a homeowner in Morehouse Parish, which is on the Arkansas state line in northeastern Louisiana, called the department Tuesday, saying a bear wouldn’t leave the yard.

“He was in bad shape. It was rough,” Davidson said.

Sue Kline, a local lobbyist in Muscatine, Iowa, and activist for the Humane Society of the United States, said she started a Facebook group called “Keeping Bruno Safe” after he showed up in Iowa. “We ended up tracing him back to Wisconsin. … He was in the middle part of Wisconsin before people even noticed him,” she said.

That would make for an 800-mile (more than 1,200 kilometer) trek into Louisiana.

He had traveled in Wisconsin, Illinois and Iowa, swimming the Mississippi River four times, before getting cornered between two interstates and drawing a crowd of hundreds in a St. Louis suburb last July. Since that was dangerous for both bear and audience, Missouri wildlife officials tranquilized the bear and had him relocated.

“He got in a spot in a bunch of highways on the July Fourth weekend,” recalled Jason Sumners of the Missouri Department of Conservation.

He was released not far from St. Louis, in the northeast corner of the Ozark Mountains, Sumners said.

Facebook fans tracked the bear south through Arkansas, as well.

He was an odd bear, said Kline. He seemed to prefer farm fields and groves to forests, and never went for the easy pickings of trash cans and dumpsters.

A couple of times, she said, members were able to get police to hold up traffic to let Bruno cross highways.

“He was certainly not fearful of roadways,” Sumners said.

Bruno’s injuries made the cause of death all too clear.

Wandering onto a road and being hit by traffic accounts for 80% of the 45 to 55 bear carcasses the Louisiana department deals with each year, Davidson said. Since Bruno was a celebrity, the department sent a news release about his death.

“I’m so upset that Bruno died this way,” Kline said.

What is a mystery is Bruno’s rambles. There’s been speculation that he was looking for love. But Davidson said it’s youngsters that head out into the great unknown in search of territory and a mate.

Missouri biologists estimated that the bear was 2 or 3 years old — definitely adult, but not old, Sumners said.

Moreover, he traveled year-round, not just in breeding season, so he wasn’t looking for a mate, Davidson noted.

“It’s very, very, very rare for an adult bear like that to travel the distance he did. … It’s very strange behavior,” she said.