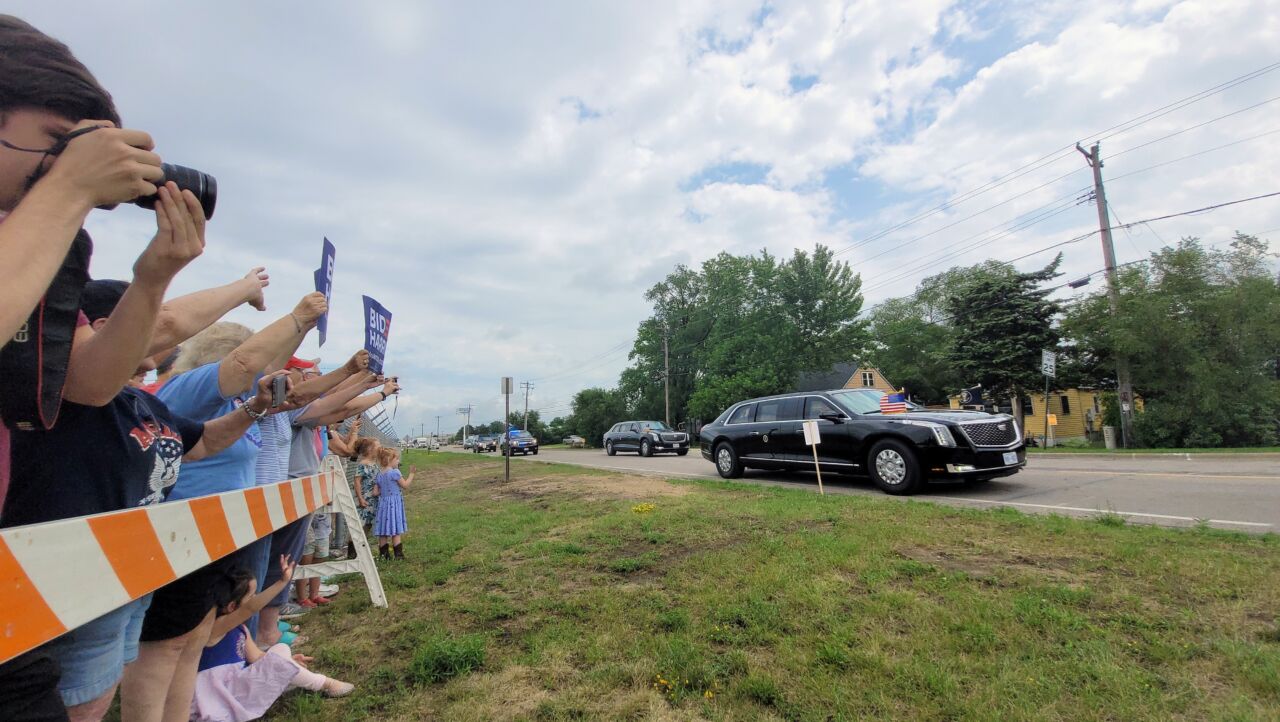 President Joe Biden's motorcade passes supporters, who came out to the La Crosse Regional Airport to watch Air Force One land on July 2, 2021.

If the bill were anything close to what Donald Trump or Mike Pence received on their trips to the La Crosse area, Joe Biden could expect to fork over about $5,000 to city police for added security.

Instead, that bill to the president for his Tuesday visit to La Crosse will be zero.

“Standing practice for us is not to bill a sitting president for his visits to our area, to La Crosse,” Kudron said. “Now, campaign season is much different.

So, Biden won’t be getting a bill from the La Crosse P.D. Not yet. Maybe when we get closer to Nov. 5, 2024 — the next presidential election.

That bill was paid, however. Even if it was, perhaps by accident. The bill was for 5,574.10 but the Trump campaign wouldn’t say if that payment was intentional.

It stood out at the time because at least 15 other cities had tried – and failed – to get the Trump campaign to pay its bills from police departments.

Last we checked, there are still some semi-recent outstanding bills.

If anyone’s wondering about other campaign visits during that time, Onalaska Police said Bernie Sanders paid his bill to them for a rally at the OmniCenter. Trump’s campaign did not pay Onalaska for the rally in West Salem.