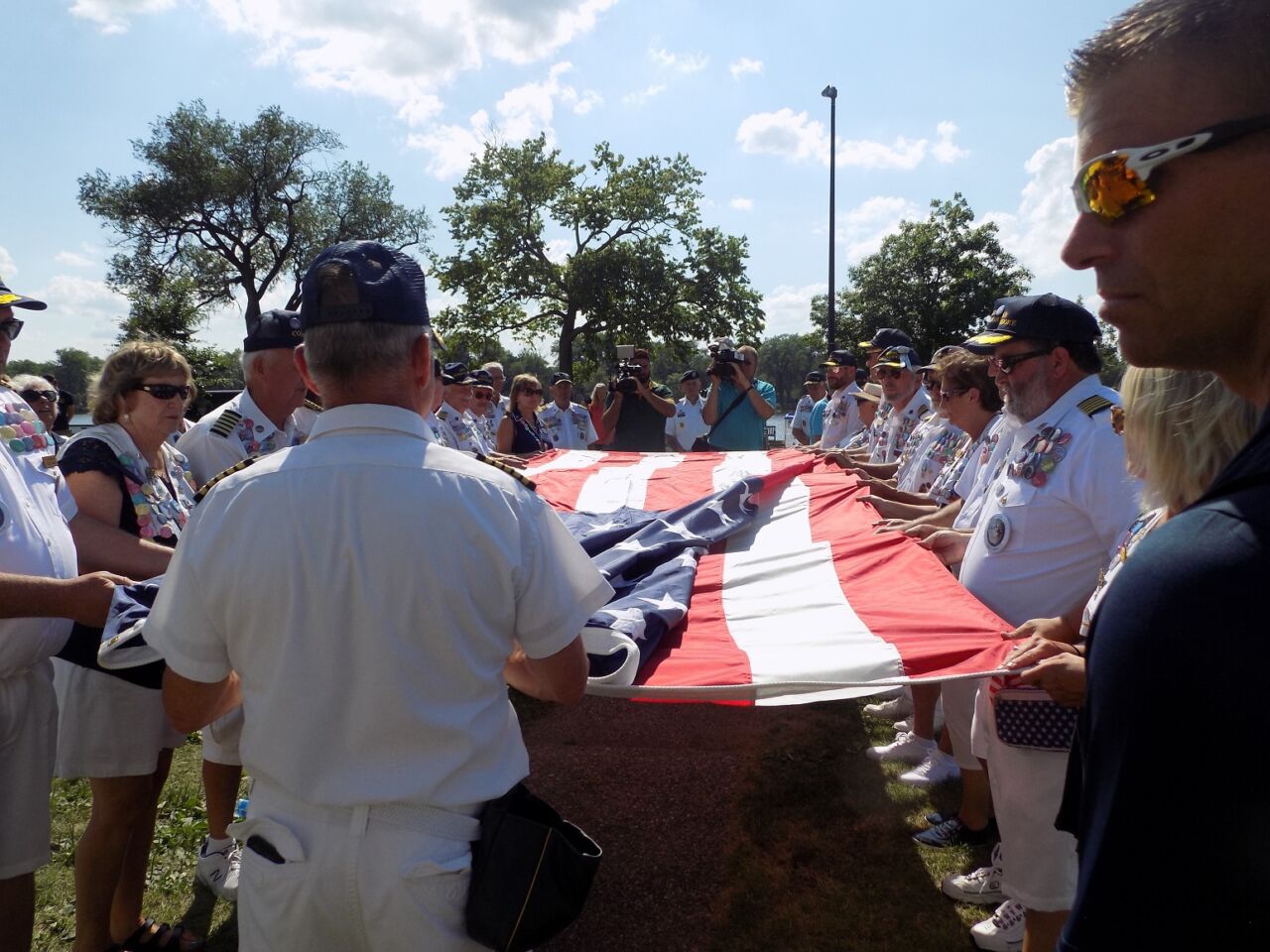 The first week of July brings Riverfest to downtown La Crosse — not counting last year, when the event was called off because of COVID.

The five-day festival began Wednesday afternoon with the traditional flag-raising at Riverside Park.

Local military science professor Erik Archer spoke at the ceremony about the sense of giving you find in La Crosse and in the spirit of the United States.

“Titans of philanthropy walk among us. Dave and Barb Skogen, the Weber group, Pat Stephens, Tom Hundt, so many more,” Archer, who teaches at four area colleges, said. “We as individuals, and as a community, give.”

Archer compared the local giving to sacrifices called for in the Declaration of Independence.

Bill La Rue served as commodore during the most recent Riverfest in 2019, and is unofficially a spokesman this year without a formal 2021 Commodore, saying the experience is like the movie “Groundhog Day.”

“People are just wanting to be able to socialize and be out again,” La Rue said. “They’ve not been able to take part in any type of event.”

Riverfest continues through the 4th of July on Sunday.