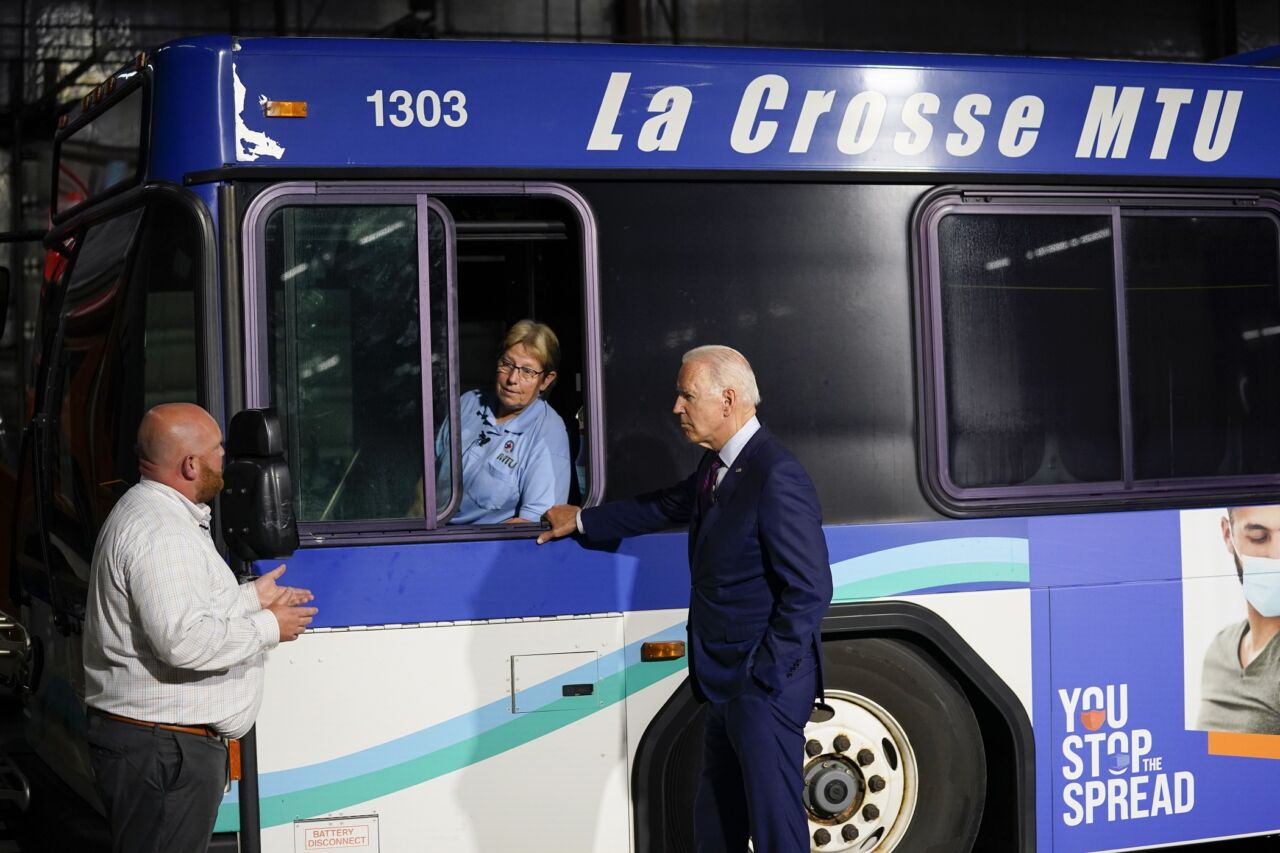 When it was announced last week that President Biden was coming to southwest Wisconsin, the event was promoted as a farm visit that would include former Agriculture Secretary Tom Vilsack.  And reportedly, Biden’s destination was supposed to be Spring Green.

Over the weekend, that plan was changed to a trip to La Crosse to promote infrastructure.

The director of the La Crosse MTU, Adam Lorentz, is happy the change was made.  The city transit department hosted Biden for a speech on Tuesday.

Lorentz says his aim was to show off La Crosse to the rest of the country, rather than having the national media focus on a larger city like Milwaukee.

“My goal was to bring them to a community that’s the size of ours, and as great as ours, and try to showcase that and say that this is where the majority of the country lies,” said Lorentz.

Lorentz tells WIZM’s La Crosse Talk that at first, he didn’t believe the White House was calling him last weekend.

“I was ready to hang up, ’cause I thought it was a prank call, but I’m glad I stayed on the line and was able to hear more information, so we were able to have this opportunitiy,” Lorentz said.

In response to the Biden visit, Republicans are suggesting that the change from a farm trip to a city trip shows that Democrats know Wisconsin farmers don’t support Biden.