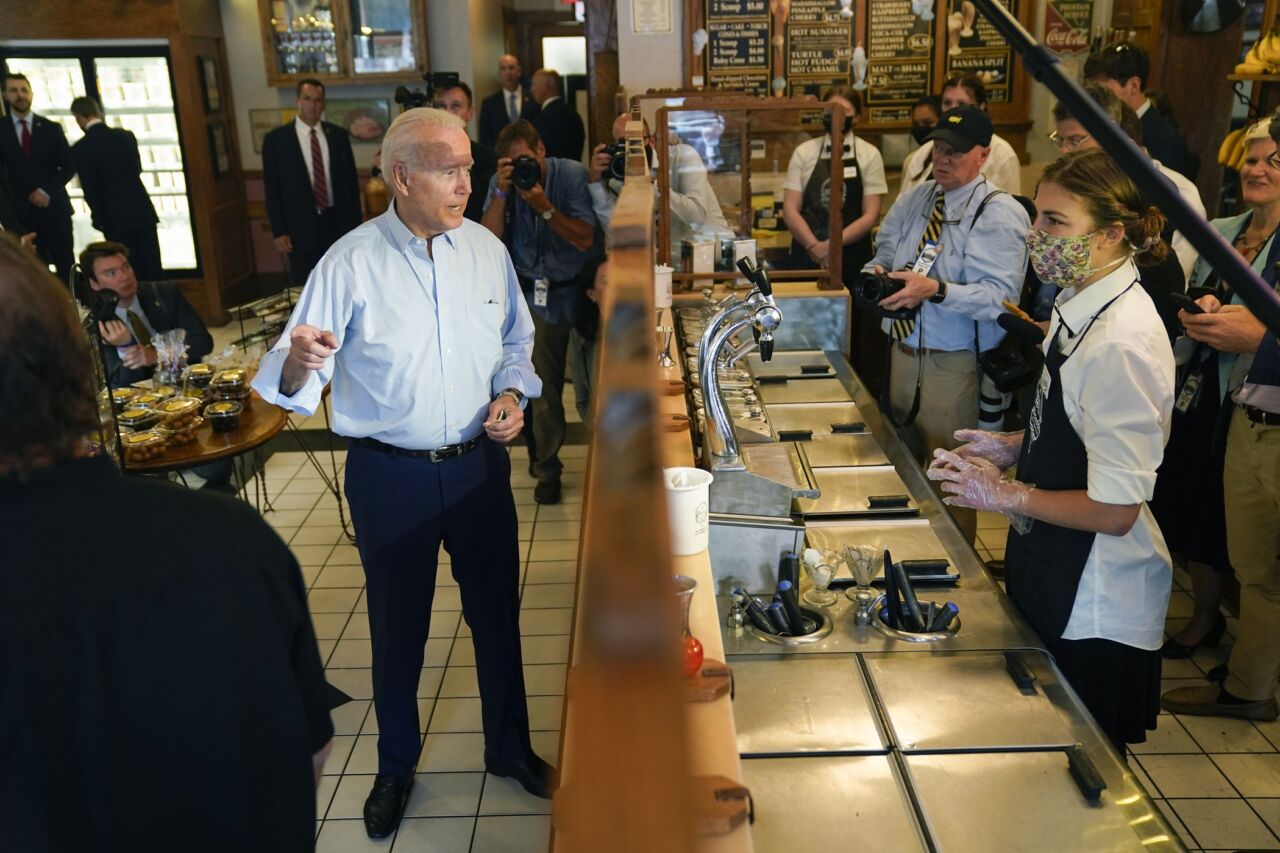 An ice cream cone for the road.

That was part of President Joe Biden’s travel plan after speaking at the MTU garage in La Crosse on Tuesday.

The presidential motorcade headed north from Isle La Plume after the Biden’s midday speech. It then pulled over at The Pearl Ice Cream Parlor, where Biden ordered a double-dip sugar cone with scoops of strawberry and cookies and cream.

Someone joked, “You’re not getting rocky road for infrastructure?”

Biden responded, “It’s been a rocky road, but we’re going to get it done.”

“We knew he was coming to town,” Dani said, “and there was a chance that he’d visit some local businesses, so we … kind of prepared in that sense.”

“The security presence started,” added Azia, “and that became noticeable, and then we were alerted that he would definitely be coming.”

Biden has become known for stopping at ice cream shops on the road since he was sworn in as president in January.

Camera people and other members of the White House media pool ran from their bus into the store to watch Biden get his cone.

The president, in his shirtsleeves, came out of the shop with his ice cream to talk with folks on the street for a moment before getting back into his limousine.

Azia Peterslie said several people in the Biden entourage bought pints of ice cream to take with them back to Washington.