If it's about infrastructure, will President Biden take the nice route Tuesday through La Crosse or the pothole route? 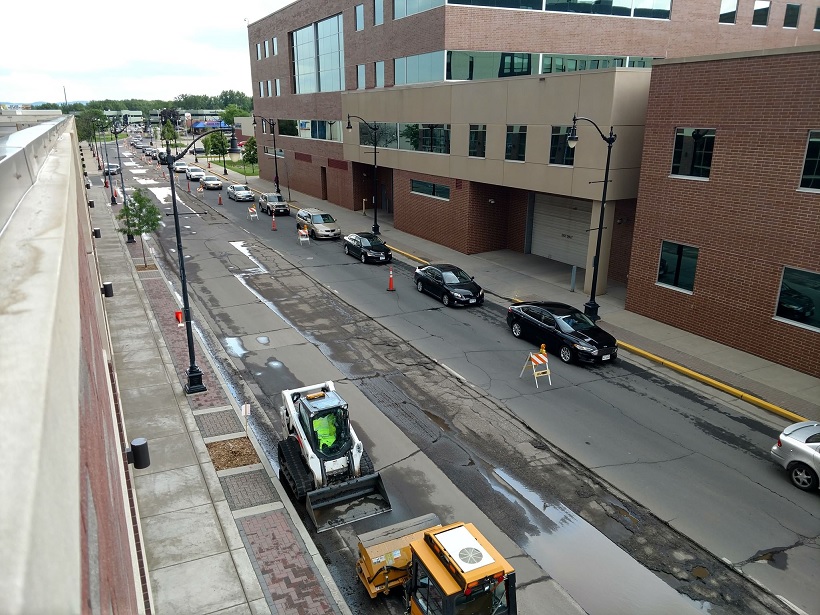 US Congressman Ron Kind of La Crosse didn’t reveal much in terms of details for Joe Biden’s Tuesday visit to La Crosse.

“He’s coming tomorrow … afternoon,” is all Kind really had to say Monday on La Crosse Talk PM in terms of timing.

Early Tuesday, however, the White House revealed that Biden will be landing in La Crosse at 11:20 a.m. and touring, then speaking from from the Municipal Transit Utility on Isle La Plume. After, Biden will leave the airport at 2:45 p.m.

Since Biden will be touting his giant infrastructure package, we did try to trick Kind — who will ride with Biden from the airport — early Monday evening into revealing the destination by asking if he’ll route Biden through the nice areas of La Crosse or over all the potholes.

Kind laughed and said, “Well, it’s going to be close, let me just put it that way. I can’t reveal because of security measures that are being taken right now.”

In terms of infrastructure, Kind said this package has the typical kind of fixes but goes beyond that — though perhaps not enough.

“He’s already on board,” Kind said. “He knows the need for infrastructure. We got roads, highways, bridges, ports and airports to rebuild. But we need to do a little bit more than that. We need broadband expansion, especially in rural Wisconsin, rural America.”

Kind went on to talk about investing in people, as well.

“We need to invest in the American workforce to make it easy for people to participate with these jobs. That means affordable quality childcare. That means family medical leave, so if you have a sick child or sick elder, you don’t have to risk a drop in pay or worse, losing your job entirely for taking care of those responsibilities. We need to be investing in that as well, and (Biden) understands that.”

When asked, though, if that’s part of Biden’s infrastructure plan, Kind said no.

“Not at the current moment,” Kind said. “And that’s why I think there’s additional work that we need to do.”

Here’s the release from the White House on Biden’s plans for La Crosse: