Report: Clergy abuse in Iowa was ‘overwhelming’ but now rare 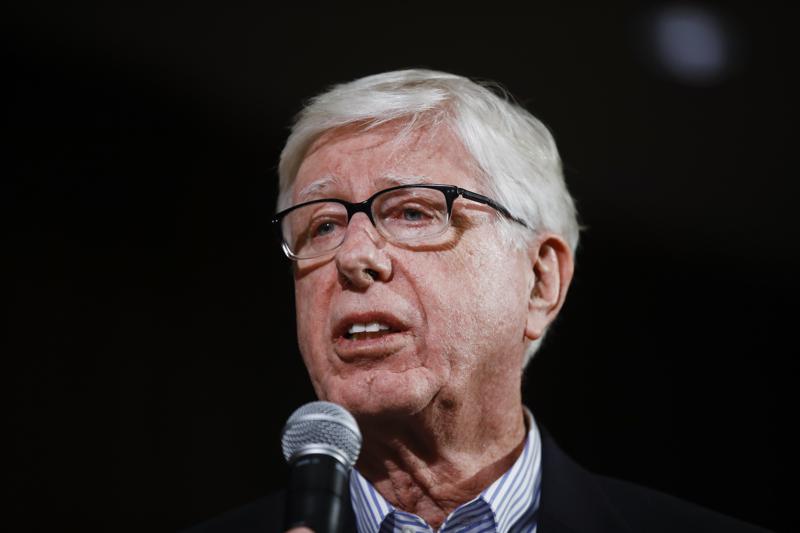 FILE - In this Jan. 27, 2020, file photo, Iowa attorney general Tom Miller speaks in Iowa City, Iowa. A three-year review by Iowa's attorney general has found that Roman Catholic priests sexually abused minors across the state for decades while church leaders covered it up, but reforms implemented since 2002 have ended the crisis. A report issued Wednesday, June 23, 2021 by Iowa Attorney General Tom Miller said the number of complaints, victims and the duration of the abuse was “overwhelming” and the “cover-up was extensive." (AP Photo/Matt Rourke, File)

A report issued by Attorney General Tom Miller said the number of complaints, victims and the duration of the abuse was “overwhelming” and the “cover-up was extensive,” similar to what has been found elsewhere in the U.S. Dozens of victims came forward to Miller’s office, describing lifelong consequences.

“The pain was real and lasting, whether the abuse happened 60 years ago or more recently. In some cases, survivors explained why they kept the abuse secret; in others, they described how their allegations were ignored or covered up for decades,” the report said.

It added, “The image and reputation of the church were put ahead of the enormous harm to young people.”

The review found that only five Iowa priests have been the subject of allegations since 2002, and that bishops who participated in concealing past problems are no longer in charge in Iowa.

Miller said reforms implemented since 2002 are working. His report praised the automatic reporting of all allegations by church officials to local law enforcement authorities, decisions by the state’s four Catholic dioceses to post online lists of credibly accused priests, and the improved treatment of victims.

Of the five priests accused of misconduct since 2002, only one has been added to the credibly accused list: a former Davenport priest who pleaded guilty to possessing child pornography. The others involved allegations of improper touching, possession of pornography and invasion of privacy, but they either weren’t substantiated or didn’t meet the definition of sexual abuse.

Miller, who graduated from a Catholic high school in Dubuque but now attends a Lutheran church, announced the inquiry in November 2018. The move came after an investigation by The Associated Press found that the Diocese of Sioux City had covered up a priest’s 1986 admission to having sexually abused dozens of Iowa boys.

Miller’s office opened a hotline and encouraged victims of abuse to come forward, and 50 people made accusations against dozens of Catholic priests concerning abuse that took place from the 1930s to 1997. Seventeen victims said they had never previously reported the abuse, and three allegations involved active priests.

Miller’s office said all of the allegations against Catholic clergy fell outside the statute of limitations for criminal charges. One prompted an investigation by church officials of St. Ambrose University professor and Davenport priest, the Rev. Robert “Bud” Grant, which concluded that his misconduct did not amount to sexual abuse of a minor but led to restrictions on his activities with students.

Miller’s investigation focused on how church officials had investigated prior allegations that they determined weren’t credible. He sent a letter in 2019 requesting internal records, which the dioceses agreed to turn over, and investigators later asked for more information on specific cases.

The review raised some concerns about the Des Moines diocese, saying it did not follow up on single complaints of abuse against deceased priests and refused to turn over some investigative reports by citing attorney-client privilege. The diocese is an outlier compared with the state’s other three, because it has fewer publicly listed priests and has found a higher percentage of complaints unfounded, the report found.

Miller’s office does not agree with how Des Moines decided who to add to its list but “those decisions are in a gray area,” new leaders are in place and complaints now get reported to law enforcement, the report said.

During Miller’s review, Sioux City added the names of three priests to its credibly accused list and Davenport recently added one.

In a joint statement, the state’s four Catholic bishops said they cooperated with the investigation “in the interest of transparency and accountability” and would study Miller’s report for ways to improve.

“The Catholic Church is committed to do all that is humanly possible to protect minors from the sin and crime of clergy sexual abuse, and to promote healing,” the statement said.