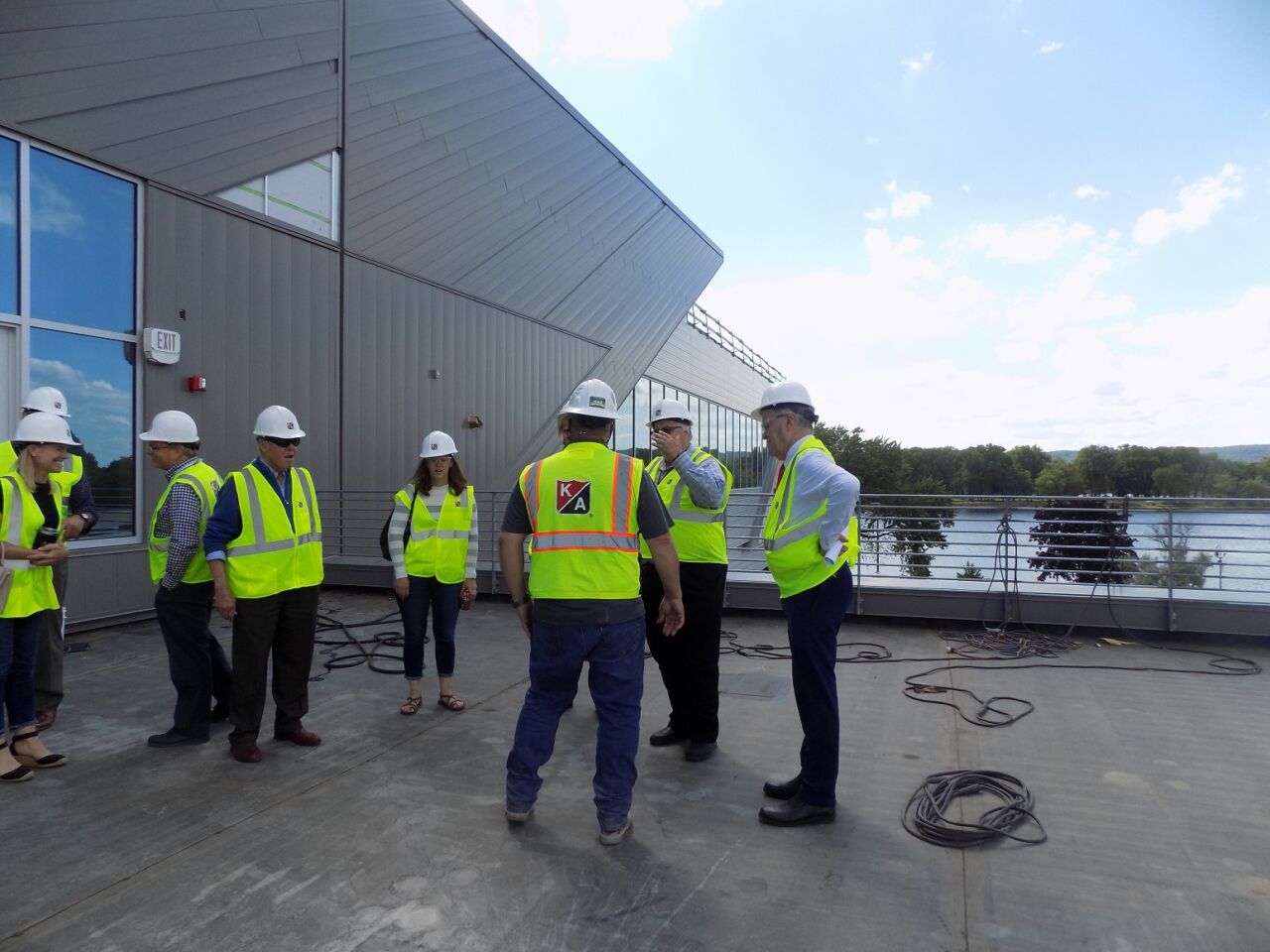 New portions of the La Crosse Center are coming together, with just a few months left in the construction process.

On Tuesday, members of the Center Board toured sections added on to the north and west sides of the civic center.

The new additions include a second ballroom, along with rooftop terraces that look out onto the river and the Pearl Street area.

Also added to the building are meeting rooms which can double as luxury suites that can be rented for sporting events or concerts.

Many people who like to think of the La Crosse Center mainly as a concert venue wonder why the building books so many conventions.

The center staff says the large business meetings pay the bills, and they’re starting to schedule a bigger number of meetings for when the expansion project is done.

Center director Art Fahey tells board members that he’d like to get back to meeting numbers they had 10 to 20 years ago. Fahey says they reached a high of 42 conventions in 2000, the year that the South Hall and the current ballroom opened.

They’re also negotiating with the WIAA to bring girls’ wrestling tournaments to the center, although having state basketball finals back in La Crosse next year is unlikely.