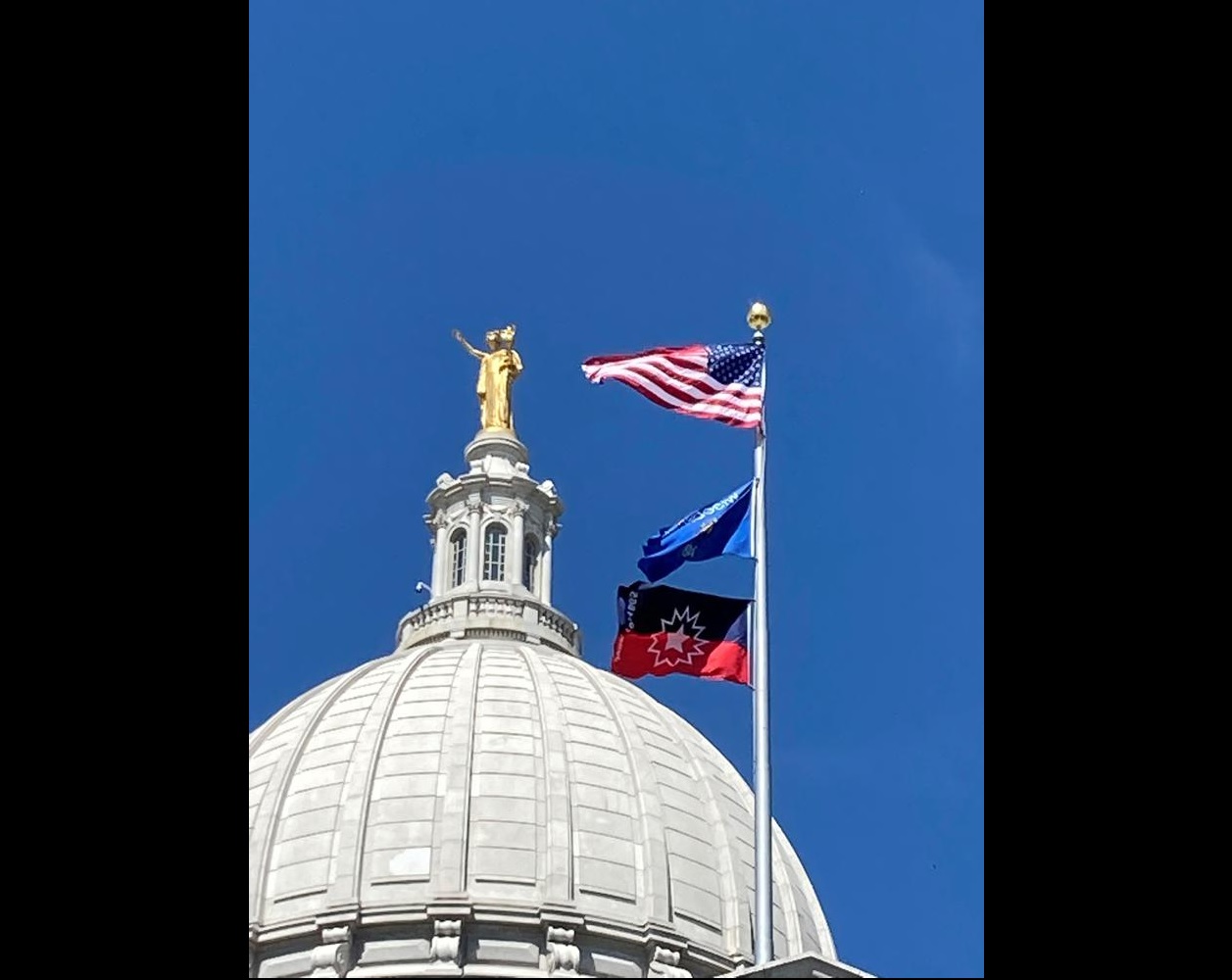 The flag marking the Juneteenth holiday flies over the Wisconsin state Capitol after being raised on Friday, June 18, 2021, in Madison, Wis. (AP Photo/Scott Bauer)

MADISON, Wis. (AP) — Wisconsin got a jump on its Juneteenth celebrations on Friday by raising a commemorative flag over the state Capitol and holding a ceremony organized by Black lawmakers and attended by Gov. Tony Evers and others.

A Juneteenth celebration takes place at noon Saturday at Riverside Park in La Crosse.
Read more about it by clicking here.

Evers, a Democrat, last year ordered the raising of the Juneteenth flag for the first time in the state’s history. Although the holiday marking the end of slavery in the U.S. is technically Saturday, the flag was raised a day early and will fly until Monday, temporarily replacing a rainbow gay pride flag that is up in June. On Thursday, President Joe Biden signed legislation establishing Juneteenth, or June 19, as a federal holiday.

In a prepared statement, Evers said the work toward equity and justice in Wisconsin is “far from finished.”

“Wisconsin faces some of the most disparate outcomes for Black Wisconsinites, from inequities in housing and healthcare to education and childcare, to the justice system and economic opportunity,” Evers said. “We must continue our work to create the state and the future we want for each other and for our kids.”

Juneteenth commemorates June 19, 1865, when Union soldiers brought the news of freedom to enslaved Black people in Galveston, Texas — two months after the Confederacy surrendered. That was also about 2 1/2 years after the Emancipation Proclamation freed slaves in Confederate territory.

U.S. Rep. Tom Tiffany, who is white and who represents northern Wisconsin, was one of just 14 House Republicans who voted against making Juneteenth a federal holiday.

“Once again, House Democrats have used their majority to balkanize our country and fuel separatism by creating a race-based ‘Independence Day,’” Tiffany, of Minocqua, said in a statement. “There is only one Independence Day in America, just as there is only one National Anthem, one American flag and one America — under God, indivisible, with liberty and justice for all.”

Each of the other nine members of Wisconsin’s congressional delegation voted in favor of the bill. U.S. Rep. Gwen Moore, who is Black and represents Milwaukee in Congress, attended a state Capitol Juneteenth celebration Friday.