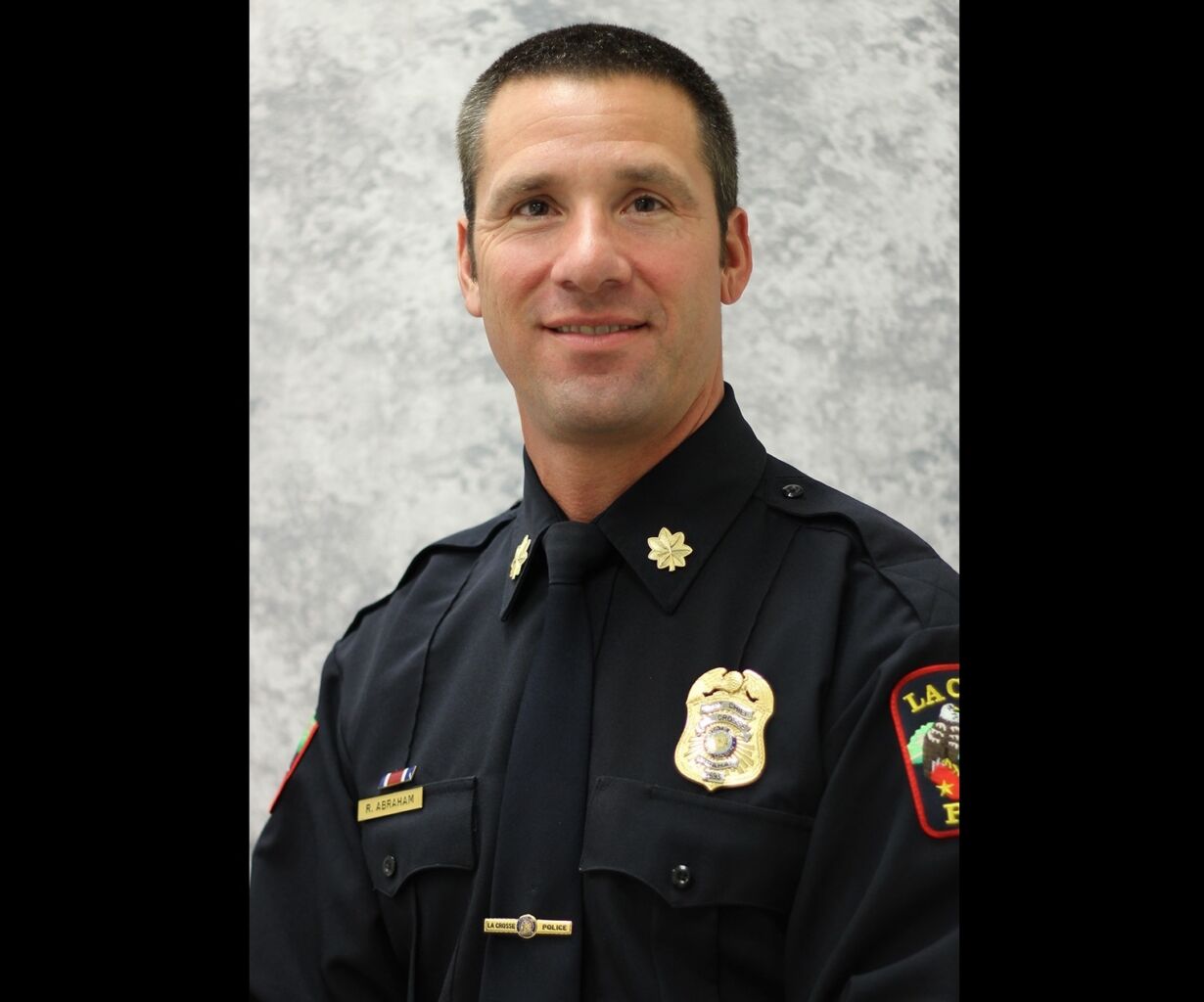 After nearly 31 years, Rob Abraham is retiring from the La Crosse Police Department.

The La Crosse Police Department made the announcement Thursday evening but gave no reason for Abraham’s retirement.

The Assistant Police Chief started with the La Crosse’s police department July 30, 1990, as a Civilian Service Employee. Four years later, he became an officer with the department.

“I will miss being able to help problem solve,” Abraham said in a release by the La Crosse P.D. “I will miss the amazing employees of the LCPD.”

The WIZM News team would also like to congratulate Abraham on over three decades with the La Crosse P.D., and wish him a happy retirement. A frequent guest in studio, Abraham was always willing to say — most — of what he felt, which was appreciated. As was his willingness to answer any questions our reporters had, even if it was odd hours, Christmas Eve or his wedding day.

Abraham added that his favorite position during his career was his time spent in the schools as a DARE officer.

“Rob’s absence will leave a void at the department and he will be missed, but we are excited for his next chapter and a well-deserved retirement,” the P.D. stated, adding, “He has been instrumental in all areas of the department.”

Early in his career, Abraham was able to serve with his father, Mike Abraham. Dad retired as a Detective Lieutenant with La Crosse, after 29 years — bringing their time together on the La Crosse P.D. to nearly 60 years.

“We thank them both for their service to the community,” the police’s statement read, adding that their legacy with police continues, as Rob’s son, Michael, is currently in the 66th Wisconsin State Patrol Academy.

While the list of positions above that Rob Abraham has served is long, that wasn’t the end of the duties he was responsible for in La Crosse.

He was a tactical team member on the Emergency Response Team. He was a DARE/GREAT officer and one of the first Community Policing Officer (COP) in La Crosse. Rob Abraham was also on the Water Patrol, Segway Patrol and Bike Unit.

Lastly, Rob Abraham was a graduate of the FBI Academy Class 267. In 2017, he was honored with the Western Technical College Distinguished Alumni Award.