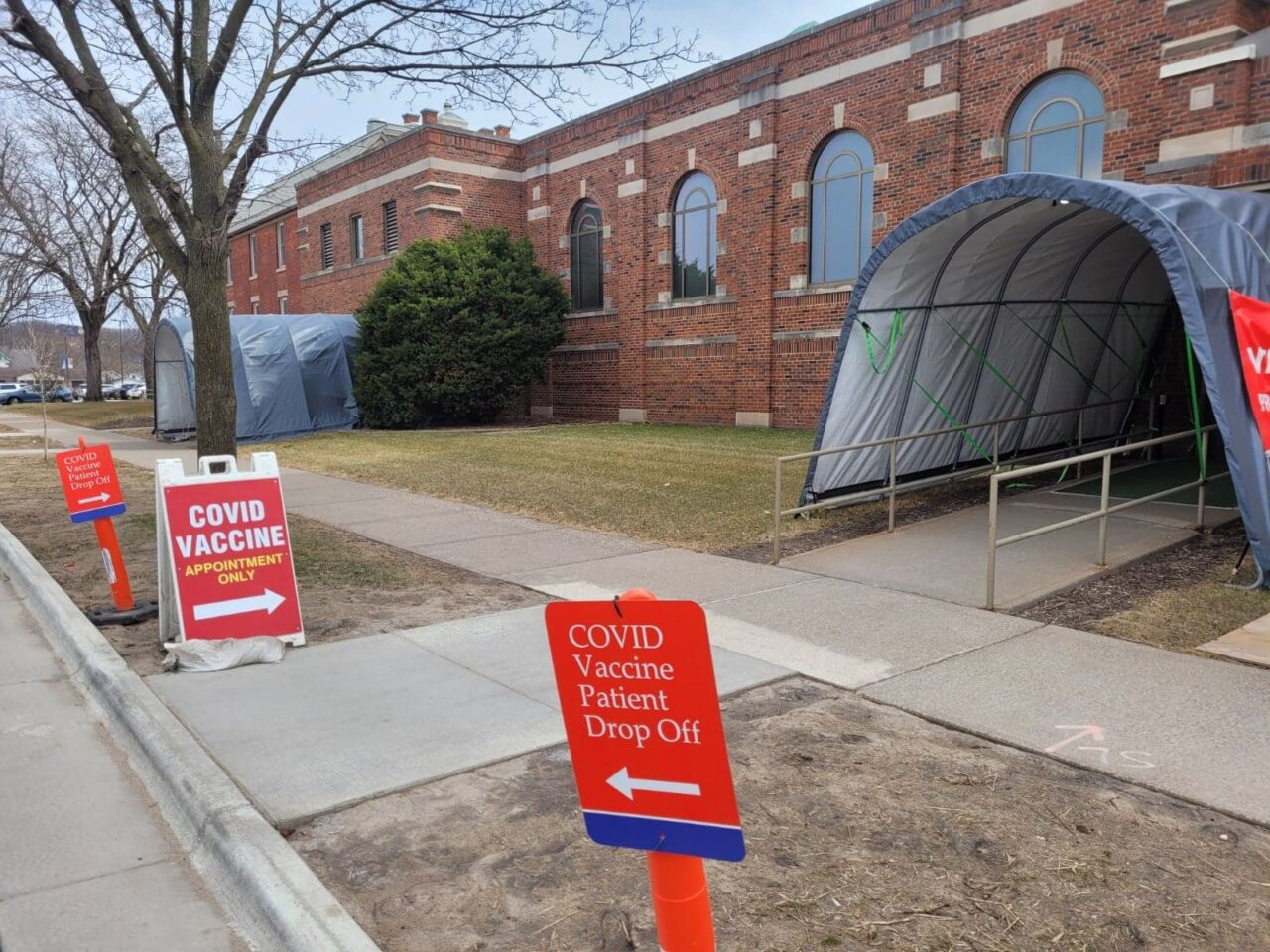 FILE - The entrance to the Mayo vaccination clinic on 10th street in La Crosse.

MADISON, Wis. (AP) — Wisconsin is re-launching a multimedia public awareness campaign to encourage COVID-19 vaccinations as progress has stalled on getting people inoculated.

State health officials announced Tuesday that the “You Stop the Spread” campaign will ramp up with more ads on television, radio, billboards, transit, newspapers and social media platforms.

The Wisconsin State Journal reported that some ads will feature leaders of groups that in April received $6.2 million in grants to boost vaccinations among marginalized or underserved populations. Julie Willems Van Dijk, the deputy secretary of the Wisconsin Department of Health Services, said the ads will also address myths about the vaccines, such as that they alter people’s DNA, cause infertility or make people get COVID-19.

Racial and geographic disparities in COVID-19 vaccination persist, with the statewide rate about 45% lower among Blacks than whites.

In addition to the multimedia campaign, the state health department is working with medical providers, community groups and health departments to keep providing a variety of immunization opportunities, Willems Van Dijk said.