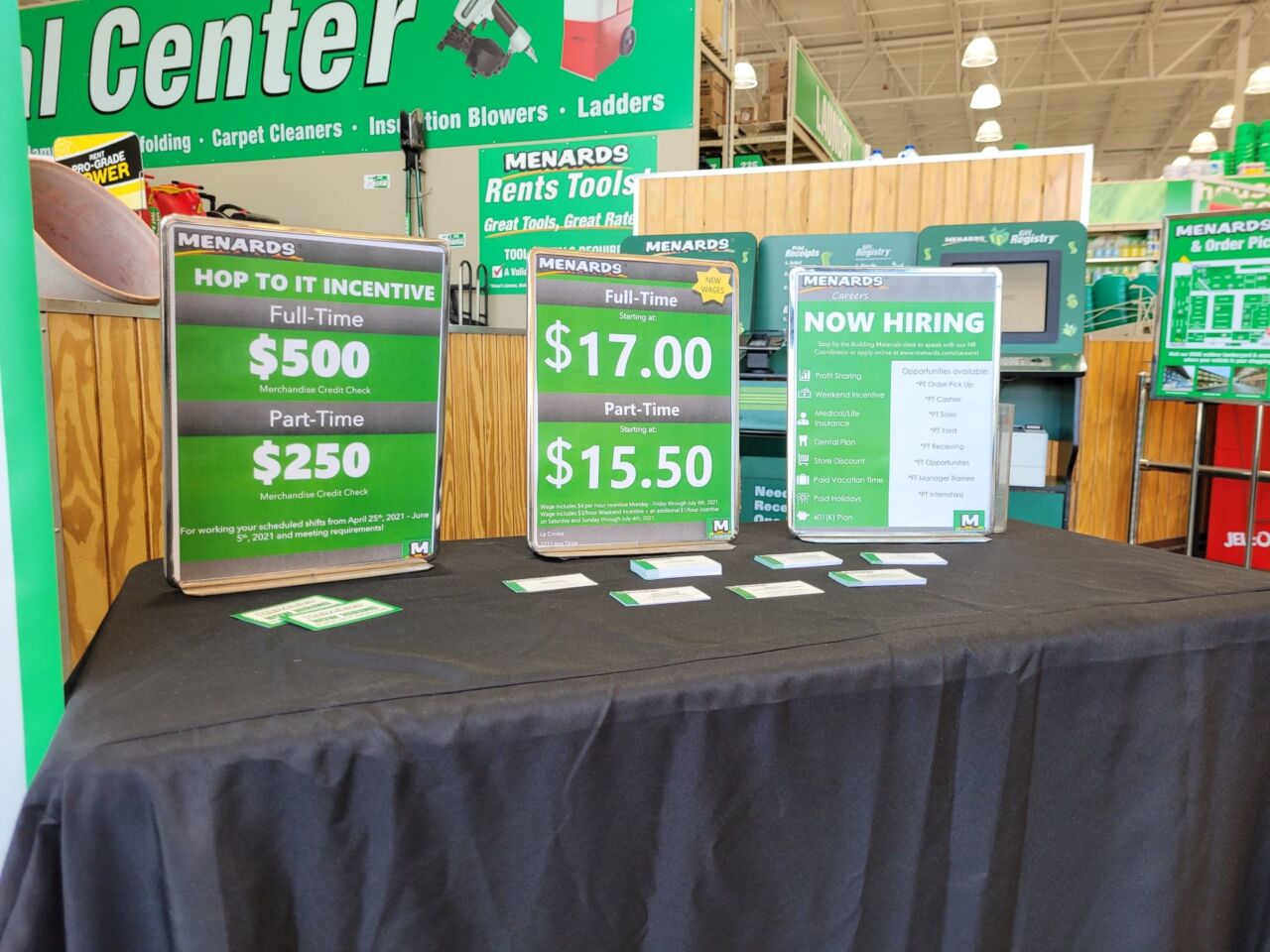 FILE - A now hiring sign is on display at the entrance of the Menards on Lang Drive in La Crosse, on May 3, 2021.

MADISON, Wis. (AP) — Unemployed people in Wisconsin would lose a $300-a-week federal bonus under a Republican-backed bill the GOP-controlled state Legislature plans to pass on Wednesday.

Democratic Gov. Tony Evers, however, has signaled that he will veto the proposal.

The federal payment, approved to help the unemployed during the coronavirus pandemic, is scheduled to end on Sept. 6. Twenty-five other states have already approved ending it early, saying it has exacerbated worker shortage problems.

That’s the argument that Republicans, state and local chambers of commerce, trade groups and others are making for passing the bill in Wisconsin. Evers last week voiced support for the $300 payment, saying those who advocate abolishing it don’t have any evidence that it’s behind the worker shortages.

The payment comes on top of Wisconsin’s weekly $370 unemployment benefit.

Labor experts say the labor shortage is not just about the $300 payment. Some unemployed people have been reluctant to return to work because they fear catching the virus. Others have found new occupations. And many women, especially working mothers, have left the workforce to care for their children.