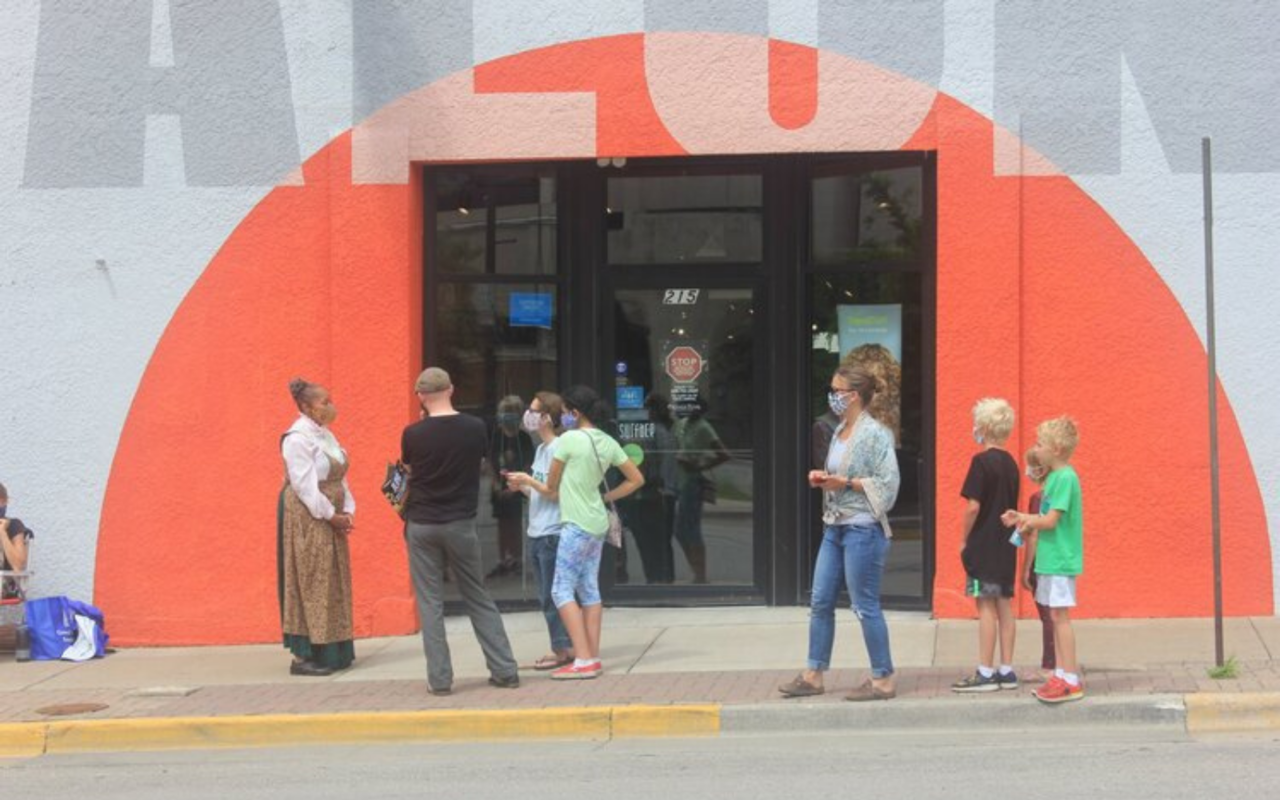 The La Crosse County Historical Society is helping highlight the Juneteenth celebration in the area.

Juneteeth commemorates the emancipation of enslaved people in the U.S. on June 19.

One of many parts of the Saturday celebration will be a re-enactments by the Enduring Families Project. It is a theatrical group, funded by the La Crosse County Historical Society, highlighting the history of African-Americans and other non-white settlers.

Actors will be at downtown locations sharing the stories highlighting Juneteenth.

Denise Christy Moss, actor, producer and co-founder of Enduring Families, talked about the event on the Z93 Morning Buzz.

Juneteenth will be celebrated in La Crosse over two days, including a free movie showing at The Rivoli Theater on June 18, as well as a Community Fair in Riverside Park on June 19. The Enduring Families Project will have a booth at the Community Fair.

Moss said opening ceremonies will take place around noon at Riverside. Attendees will be invited to stop at four places near the park to learn more about early African-American settlers and their role in La Crosse’s history from 12:30-1:30 p.m.

“It’s a wonderful way to learn more about the very strong black history that is in La Crosse,” Moss said. “There were many people here in the area in the mid-to-late 1800s, and early 1900s. We felt that it would be a good idea to tell some of their stories through re-enactments.”

The group has had many productions over the years — some live and some for video. For Juneteenthi, it will be doing four re-enactments at locations where families had businesses in La Crosse.

John Birney, played by Torrence Chester, was a barber in La Crosse. You can hear his story where his shop was, on 2nd and Pearl streets, at the time in a hotel called the Augusta Hotel.

Zachariah and Emma Moss, played by Anthony Norris and LaKisha Hudson, are also going to be on 2nd and Pearl, in front of The Pearl Ice Cream Shop. That is where Zachariah Henry Moss’ father, Zachariah Lewis Moss, had a barber shop.

The third re-enactment will be Mrs. Lydia Moss, played by Richelle Brunn. She was the sister-in-law of Zachariah Lewis Moss, and she owned and operated a barber shop on 2nd and State streets.

The fourth is George Edwin Taylor, played by Darrell Ferguson. He was the first African-American to run for President of the U.S., back in 1904. He spent his childhood in La Crosse. He had a printing press on 3rd and State streets, so his story will be shared there on June 19.

“What’s interesting about George Edwin Taylor, is that he attended an emancipation ball, which was organized in 1887 in La Crosse,” Moss added. “So, this is not the first time that La Crosse has celebrated the emancipation of enslaved people.

“Back in 1887, a group of these early African-Americans that settled in La Crosse, organized an Emancipation Day on August 1, 1887. August 1 was to celebrate the liberation of enslaved people, first in the Caribbean, and then eventually when slavery came to an end in this country. So, August 1st has been a time to celebrate emancipation, and we will be talking about that also. But it’s very similar to the celebration for Juneteenth day, and that these early African Americans also celebrated liberation.”

Attendees are encouraged to walk back to Riverside Park, where there will be more activities taking place for the remainder of the day. There will be guest speakers, food, a talent show, community services, informational booths, and more.

Last year, Z93 helped put on an audio tour to bring more attention to La Crosse’s rich history for the social-distanced Juneteenth celebration. Actors were stationed in costume at the historic locations and you can still check it out HERE if you haven’t heard it yet.