La Crosse community should be impressed with Trane All-Abilities Park, which opens at 4 p.m. Wednesday 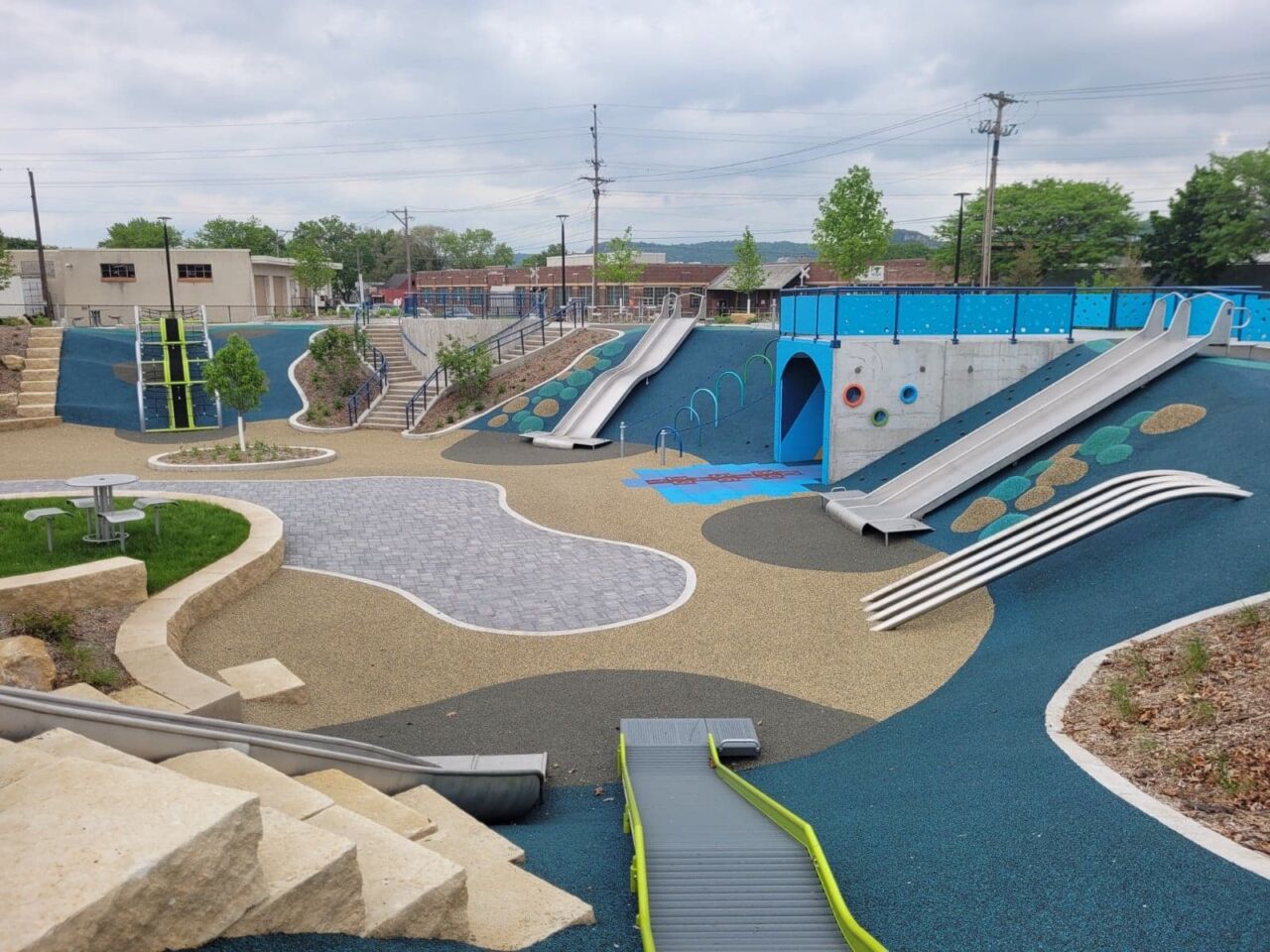 Now, only a few people can actually understand that, but one could possibly imagine what walking on the moon is like, and that’s how you feel walking around some spots at the Trane All-Abilities Park.

It’s been years in the making, but La Crosse Parks and Rec. coordinator Jared Flick summed it up simply, but effectively.

“I think everyone’s going to be really excited to see it,” Flick said, as the park has its grand opening at 4 p.m. Wednesday (map). “It’s pretty awesome.

“I think everybody in the community, when they see that, it’s going to be … you hate to say it, but it’s going to make Myrick (Park) look small.”

WIZM got to tour the park a couple weeks ago, and Flick is right. It’s awesome. Even for a 42-year-old.

The official groundbreaking happened back in October of 2018 for the $6 million park.

“It seems like it’s been about four, five (years),” Flick said of the project. “We’ve kind of done this in phases, as far as renovations to the shelter and continued fundraising and money from the city to actually build the playground itself. Then, it’s taken about a year, a little over a year to kind of get everything complete.”

There will be something for everyone, from kids to adults to those with disabilities. There’s a stage, a music area, multiple slides, a few different climbing walls, swings and, again, you just feel like you’re walking on the moon — or, perhaps a better analogy is, it’s like what gymnasts perform the floor routine on.

“This is going to be a park that’s going to have features for everybody,” Flick said, pointing out that there will be pickleball courts built adjacent to the park. “Some things that may not be known now, is we got a grant to build a fitness area for adults to go and do some stuff there, too.”

There will be seven sensory areas, like the area to play a few types of musical instruments.

The entire park is fenced in and the entrance/exit has double gates, so parents don’t have to worry about kids getting into the road or parking lot. Those gates do make it look like the park costs money to use, but it does not.