A new bandshell, another season of Moon Tunes kicks off Thursday at La Crosse's Riverside Park 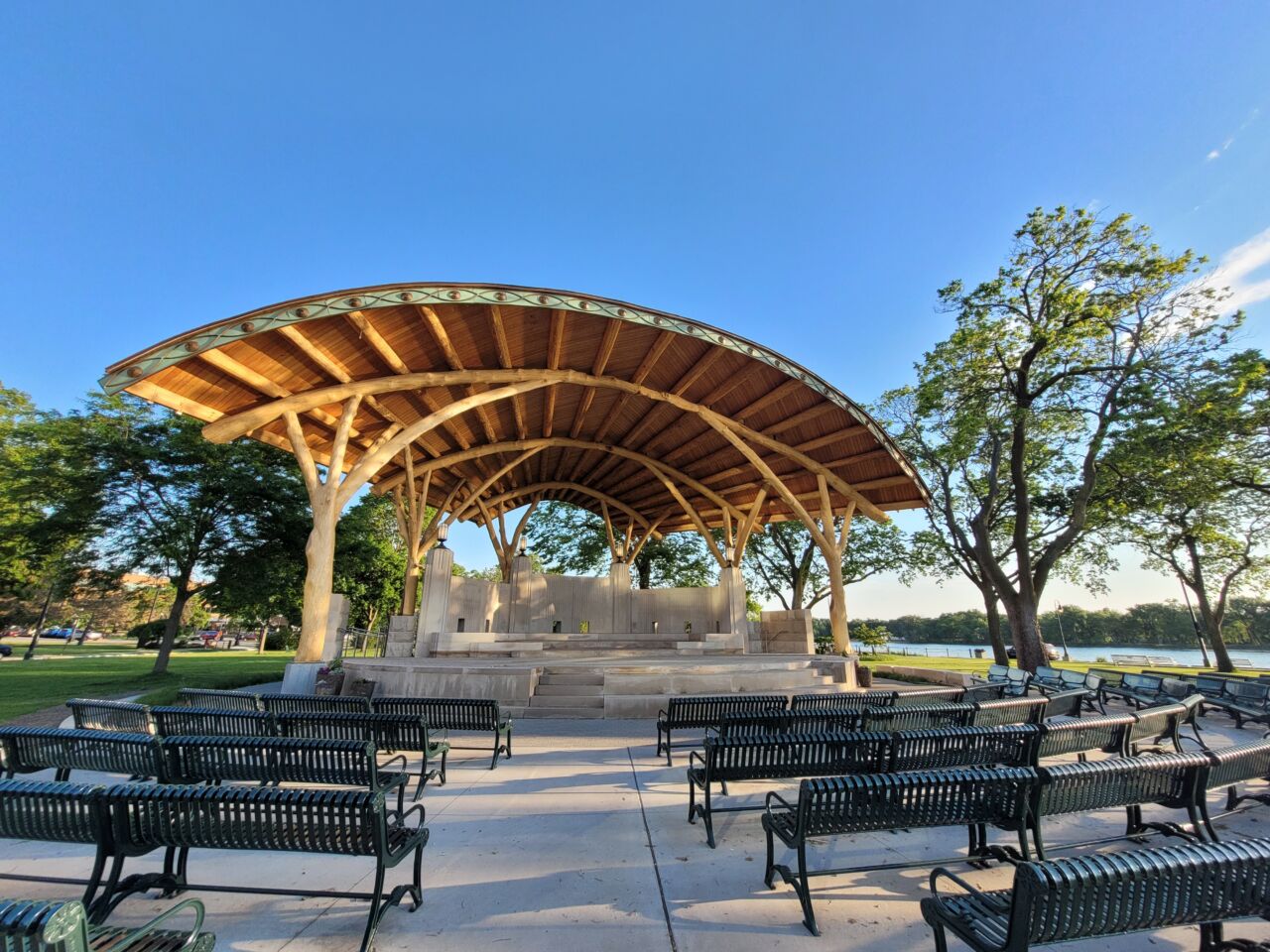 A new bandshell, trolley rides, food, drinks and Moon Tunes is back.

It feels like a decade since La Crosse last had the concerts at Riverside Park — thanks COVID-19. But, at 5 p.m. Thursday, the weekly concerts begin again with with a new bandshell that’s been three years in the making.

The $1 million bandshell was a community funded effort — a lot of passing of the hat at each concert — that will be dedicated to kick off the season. It will also, then, be gifted to the city.

“Our Valley View Rotary will maintain the maintenance of the bandshell over time, but the city will actually ownership of it,” Moon Tunes organizer Terry Bauer said. “The bandshell has phenomenally great acoustical sound. We’ve done a lot of testing on it. It’s going to be great, you can hear it all the way back by the flagpole.”

While the fancy part of the bandshell cost about $1 million, Bauer also mentioned the city paid about $1.4 million for what he called the cement slab.

Like past years, Grammy award winning artist Bill Miller will kick off the season, followed by TUGG and the La Crosse Symphony Orchestra.

Bauer mentioned, as it’s a question that’s been brought up in the past, that the artists do get paid for playing Moon Tunes but not all of them take the money.

“Some people don’t know that but we do pay our musicians for their time and talent,” Bauer said. “There have been some questions in the past about, ‘Do you guys pay the musicians?’

“I just want to make sure people understand that. Now a couple musicians do give us the money back and say, ‘You guys keep it. Keep doing what you’re doing.’ I’ve always had the attitude that their time and talent is worth something and we should not take advantage of it.”

There are 12 Thursday concerts this season, going through Sept. 9. The season finale — a 13th concert — will be an all-day fest Saturday, Sept. 11, called Woodstock.

Getting to the concerts this year could be fun. For those who are parking in the ramps — which you’re encouraged to do — there will be a trolley running 4:30-8:30 p.m. to take you to and from Riverside Park.

For those who choose to pedal to the park, they shouldn’t be worried about their bike being stolen, as the coral is back.

Moon Tunes also partnered with Weber Health to provide vaccines throughout the evening for anyone who wishes to get one.

Lastly, Moon Tunes teamed up with Mid-West Family to stream this season’s concerts on AroundRiverCity.com. They will also be played on Classic Hits 94.7 FM.