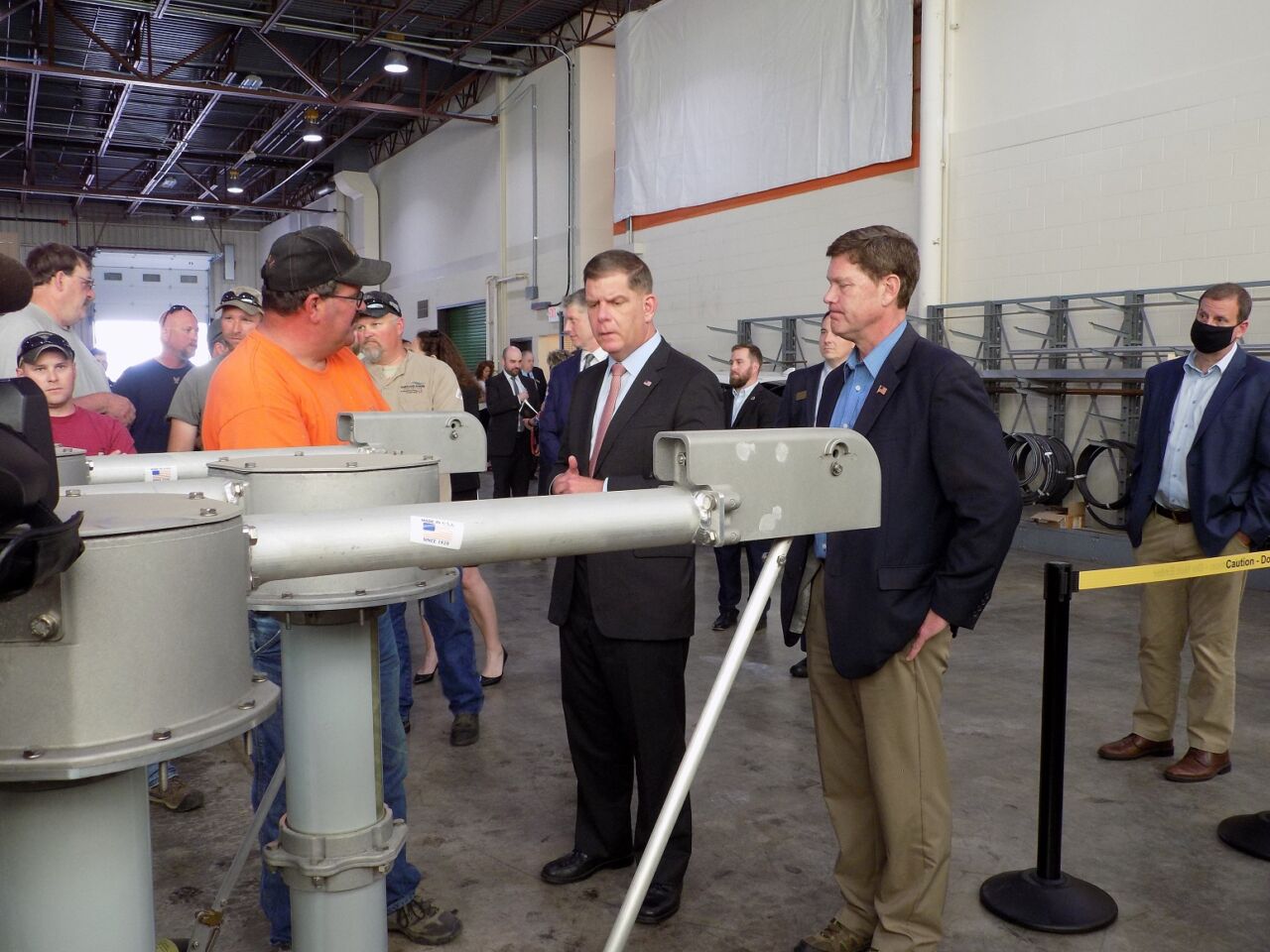 More job training and more access to technology would help the workforce around America, according to U.S. Labor Secretary Marty Walsh.

The former mayor of Boston visited Dairyland Power in La Crosse on Tuesday, as part of a swing around Wisconsin to meet with workers.

While at the Dairyland Cooperative Service Center, Walsh promoted the “American Jobs Plan” before Congress, saying that people want to be trained for good-paying jobs.

Kind says “we still have a lot of work to do to get this across the finish line. The goal is to do that by this summer, and we’re still working very hard to make this bipartisan.”

Walsh says steps taken to get beyond the pandemic will help people get back to work.

“Vaccines are important,” Walsh said. “I think we’re starting to see the CDC came out with an important ruling the other day with lifting the mask mandate.” He also said people should continue to wash their hands and take care of their personal health.

Many of the people attending the Dairyland event did not wear face coverings, and Kind said it was good to be able to start getting out in public again.