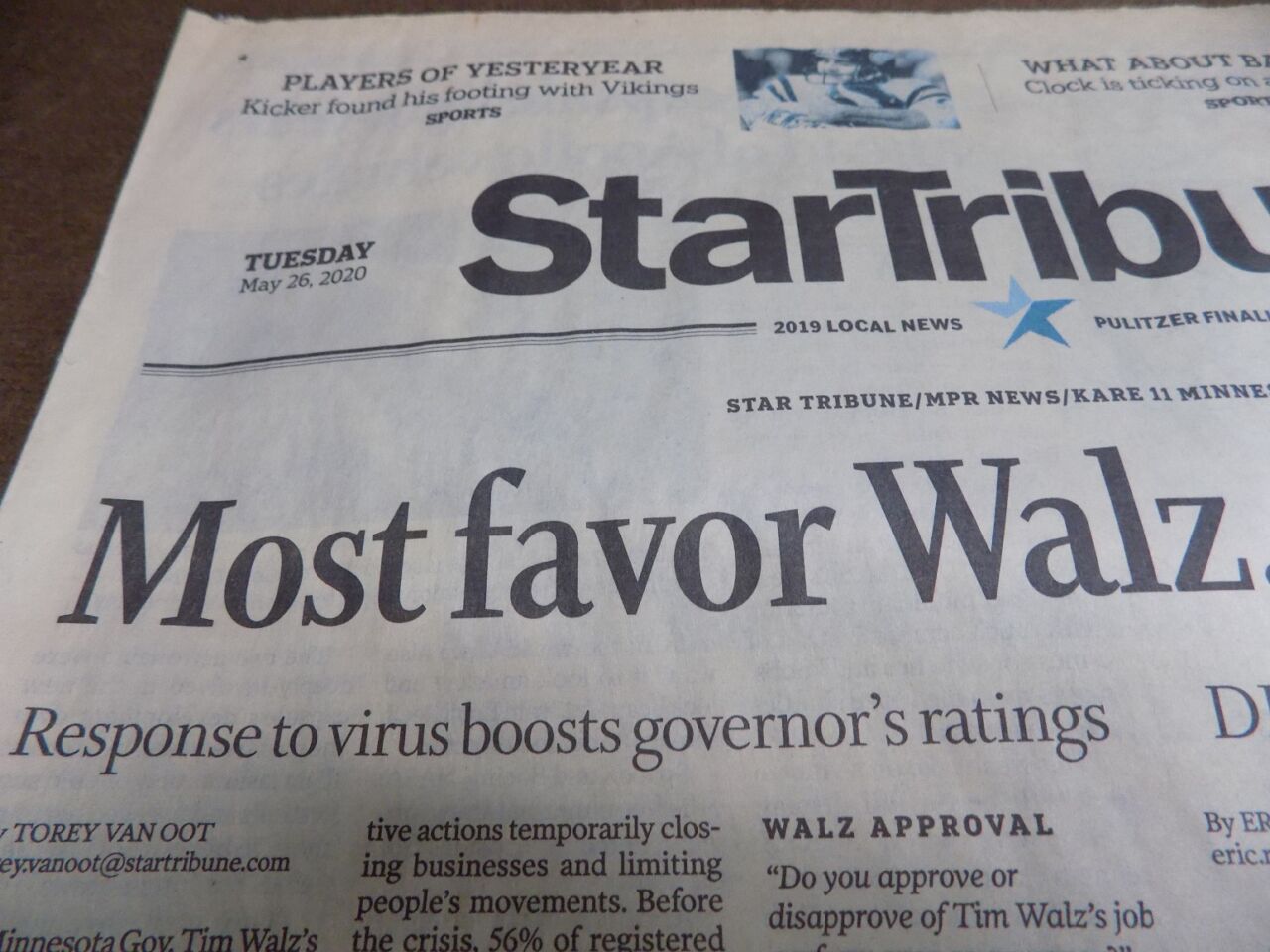 Does the world seem a lot different than it was a year ago?  If it does, there are some good reasons why.    One year ago today was Memorial Day of 2020.  A holiday where there wasn’t much of the usual activity we’d expect for the occasion.  Because of COVID.  Don’t go anywhere, don’t touch anything.  Businesses were shut down or had restrictions.  I think COVID, as much as the popularity of the internet, led to the extinction of things like newspaper vending boxes.  You don’t see many of them around any more.  But I’ll get back to that.

Tuesday is also something of a Memorial Day in America.  Not because of a federal holiday, that happens next week.  But because of something that happened in Minneapolis around sunset on May 25th last year.  Police were called to a business for a complaint about possible counterfeit money, and the situation ended with a man’s death.  On the ground, under the knee of a police officer.  A bystander caught George Floyd’s death on video, and by the next morning, the story had spread around the world.    As I was saying about newspaper boxes, I saw one in La Crosse that hadn’t been filled in months, but it still had a few papers left inside.  I decided to buy one from a Star Tribune box when I saw the date on the paper.  Tuesday, May 26th, 2020.  The morning after George Floyd died.  Sad thing about the newspaper business.  It has deadlines to go to print, and apparently the Floyd story developed too late on Monday night to get in the morning newspaper that would turn up in a green box in La Crosse.  The headline on the Tuesday paper said Governor Tim Walz did well in an opinion poll.  The number of Americans dying from COVID-19 was almost up to 100,000.  And the Mystic Lake Casino was making plans to reopen.

I got to thinking about that TV show “Early Edition,” about a guy who mysteriously gets tomorrow’s newspaper today, and he tries to stop the bad news from happening.  It might have been nice, for someone to see the news about George Floyd ahead of time and stop him from going to that store.  He might be alive, but in some ways the world might not be different than it was a year ago.