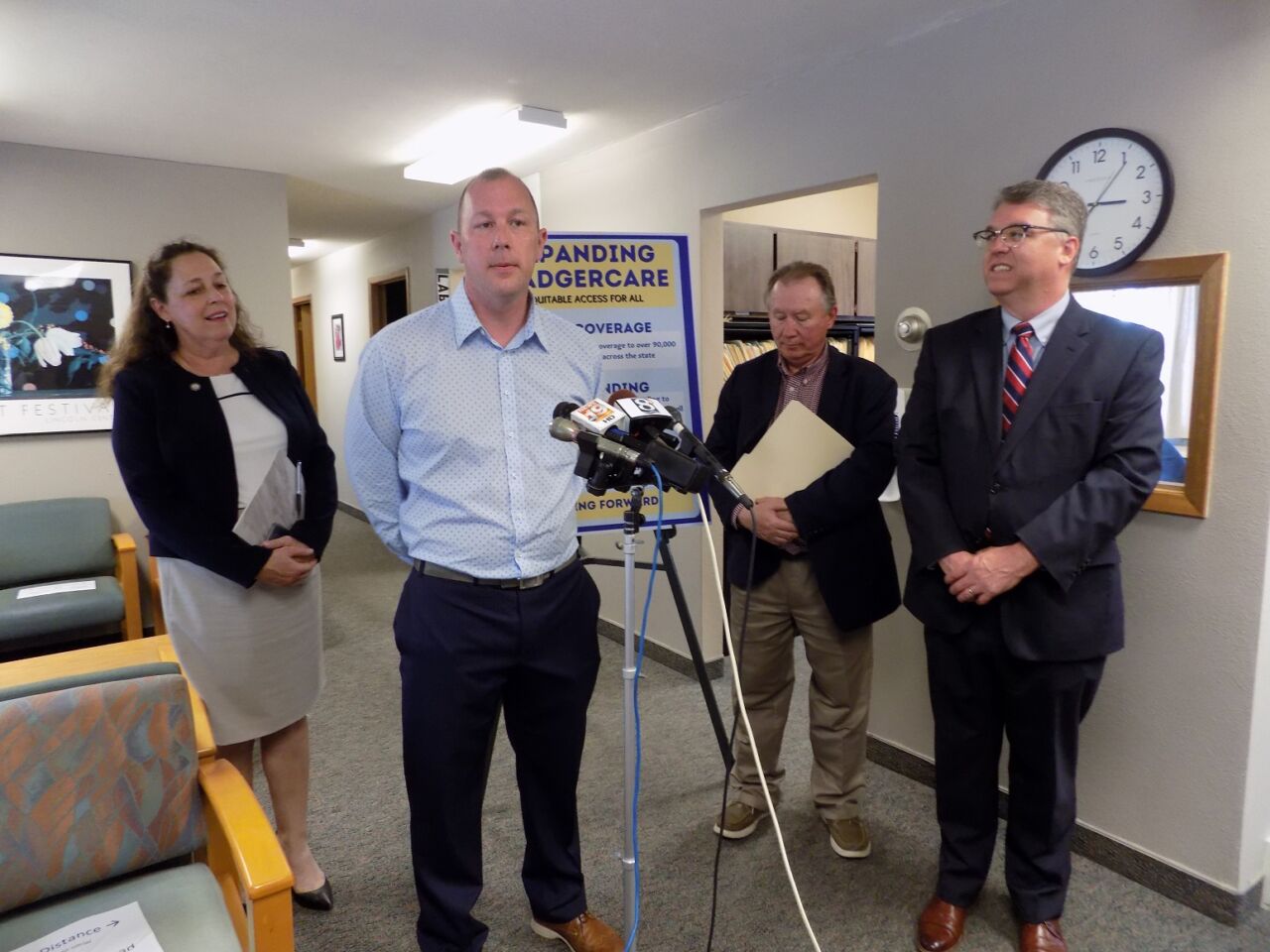 Three legislators from the La Crosse area are hopeful that the Badgercare program is approved in a special session that convenes Tuesday.

Sen. Brad Pfaff and state reps Jill Billings and Steve Doyle, all Democrats, got together at the St. Clare Mission clinic in La Crosse on Monday, to highlight ways that accepting federal money could improve health care in Wisconsin.

Pfaff said this is a chance to expand medical care to more than 90,000 state residents.

“I think it only makes sense, common sense, that we accept these dollars,” Pfaff said.

The lawmakers argued that Wisconsin is one of 12 states which have chosen not to expand Medicaid.

Doyle added that if Wisconsin doesn’t take the money Washington is offering, it ends up going to other states that want it, such as New York and California.

He said Wisconsin has had chances to take the money since the Affordable Care Act was passed in 2010, “and every year, we have said, ‘No thank you.’ And so, we have lost that money and we’ll never get it. So every year that goes by, every month that goes by, we’re losing an opportunity to get that money.”

Billings said this session could help decide whether people in Wisconsin get better access to health care, especially low-income residents and immigrants.

Don’t expect the meeting to take more than a minute, however. Republicans, who control the state Legislature, are expected to gavel in and immediately out of the special session Tuesday without debate.

It would be the fourth time Republicans have done this in about the past year and a half. The other times they gaveled in and out of a special session in under a minute were to ignore bills on updating the state’s unemployment system, police reform — like banning chokeholds — updating election policy during a pandemic and gun control, after the police incidents with George Floyd and Jacob Blake.

The Republican-controlled Legislature also went 10 months (April 2020-February 2021) — during the worst of the pandemic — without meeting in session. Not one bill was debated on, let alone passed.