A twister tore through La Crosse, 10 years ago Saturday 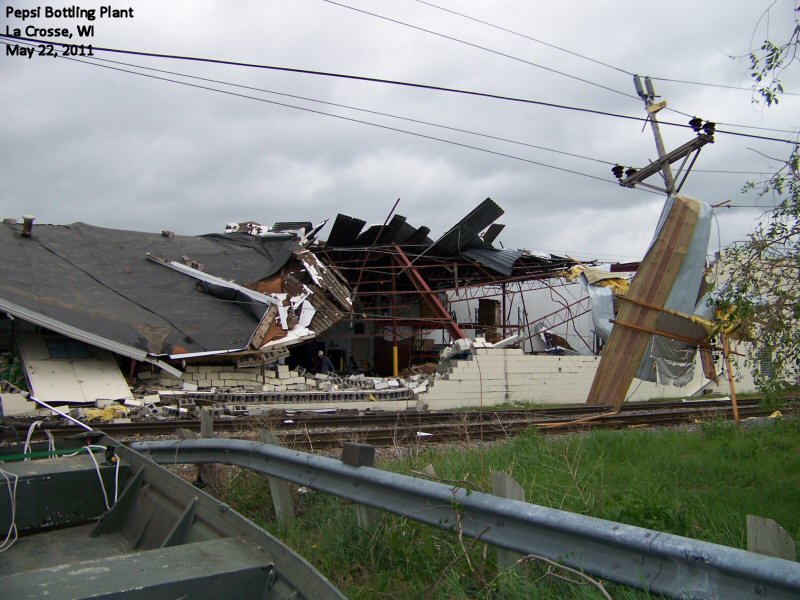 People in La Crosse used to say that the local bluffs and valleys protected the city from tornadoes.

That was before May 22 of 2011, when an EF-2 twister swept through the south side of La Crosse, causing extensive property damage and downing many trees.

On that Sunday, Ken Schelper’s apartment building near the Green Island ice arena was hit hard by a tornado that crossed the Mississippi to reach the south side of La Crosse.

“My roof in the bedroom caved in from the weight of the water that had come into the building,” Schelper said on that day. The apartment building at 7th and Cook lost much of its roof to the high winds.

It was La Crosse’s first tornado in over 40 years. On the same day, a stronger tornado killed more than 150 people in Joplin, Missouri.

The twister in La Crosse also caused damage to the ice arena, a Pepsi bottling plant and the K-Mart on Losey.

No one was hurt by the tornado as it went from La Crosse and points east, reaching up to 120 miles an hour.

Dave Schmidt of the National Weather Service in La Crosse remembers that Sunday, 10 years ago.

He didn’t plan to go into the office that day, but was mowing grass for his mother in Holmen when he learned of the storm sweeping through the area.

Schmidt said technology over the past decade has made it easier, in some ways, to detect when a bad storm could be coming. He thinks area residents probably pay more attention to weather warnings now, than they did before that Sunday.

About that notion of tornadoes skipping La Crosse?

“Terrain can cause certain circulations that may enhance tornado activity like that,” Schmidt said, “but we definitely disproved that folklore, that’s for sure.”