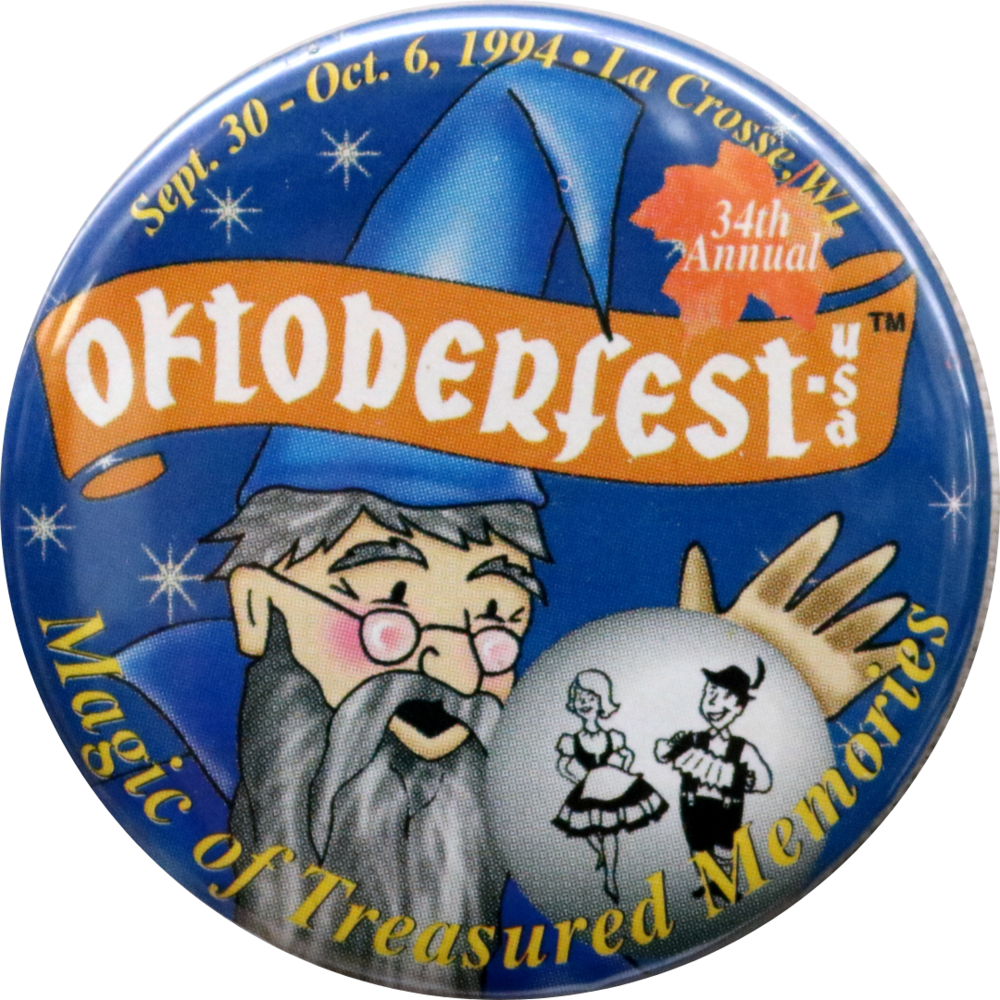 In 1994, La Crosse’s Oktoberfest chose a button design featuring a wizard and a crystal ball, emphasizing the “magic” of the 34-year-old festival.  But one person from Coon Valley wondered where the heck a wizard fit into the fest.  He wrote to the Tribune, complaining that Oktoberfest wasn’t German enough, and said associating a wizard with a German festival is a “major historical inaccuracy.”

Another letter writer complained about parking downtown during Riverfest.  This man had attended a senior citizen breakfast during the fest, but had to park a long distance away because “No Parking” signs were posted on Front Street all day, even before anything was scheduled for the day at Riverfest.  Mayor Pat Zielke told the man that he would try to do something about it.

Sequel-mania was big at the movies, with films such as “Major League 2,” with Charlie Sheen…”The Mighty Ducks 2,” with Charlie’s brother, Emilio Estevez…and “Naked Gun 33 1/3,” featuring Leslie Nielsen and O.J. Simpson.  O.J. would make headlines later that year for more serious reasons, but he was still a movie star early in 1994, yesterday in La Crosse.