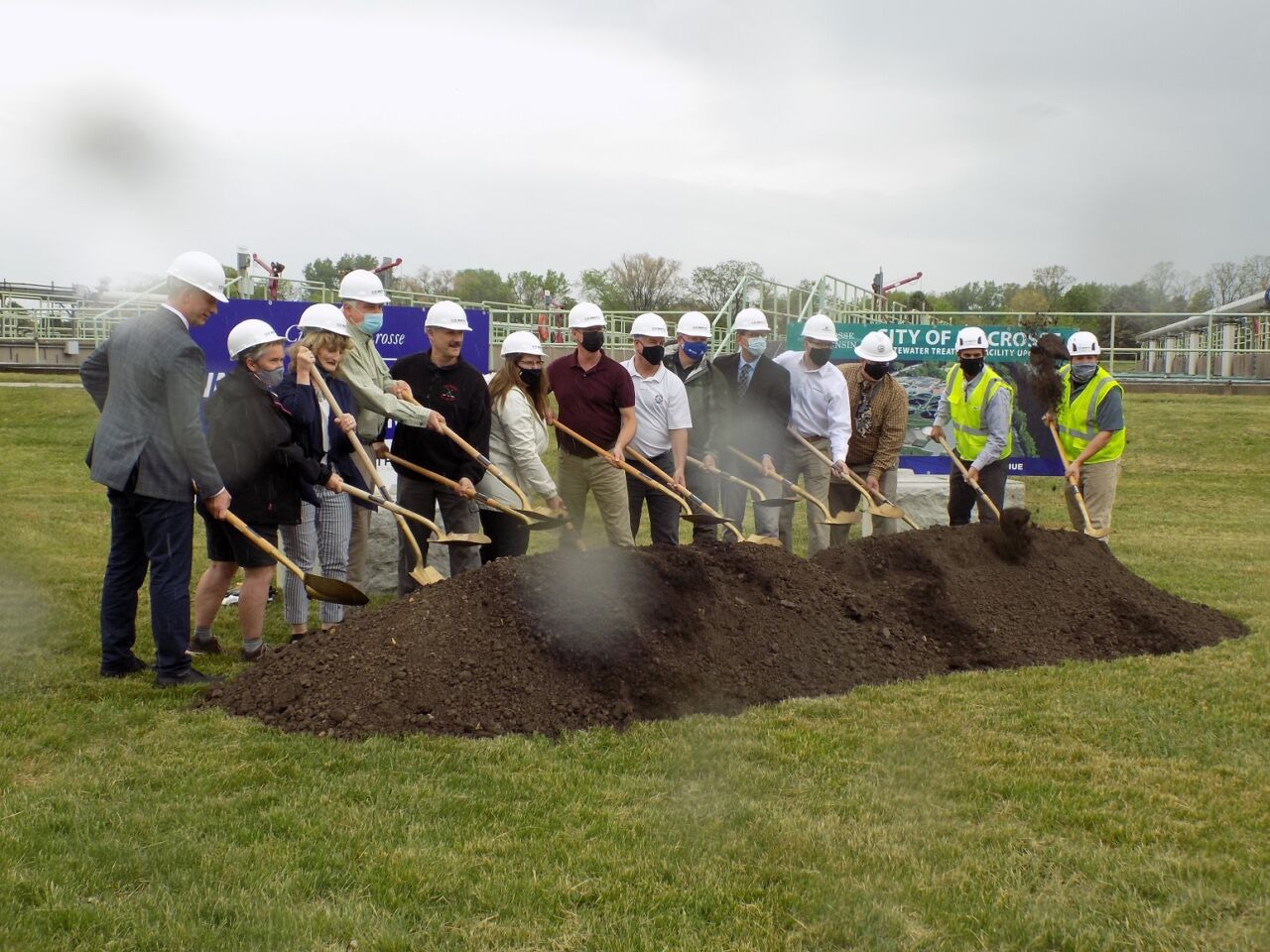 Energy efficiency.  Sustainability.  Fertilizer.  Just a few of the desired outcomes of a three-year expansion project at the La Crosse wastewater treatment plant.

Area leaders gathered Tuesday at Isle La Plume to break ground for a $69 million expansion of the existing plant, originally built in 1936 and last modified extensively in 1972.

Wastewater superintendent Jared Greeno said with the plant designed to convert some waste into electricity, the cost for the average family will be fairly low, about $8 a month per household.

Greeno added that the plant will also be able to treat substances like PFAS chemicals, which could be coming into the sewer system in the future.

Besides taking waste from the area’s sewage, the plant is designed to convert methane into electric power and wastewater. Greeno says that’s an important payoff.

“We’ll generate electricity by burning the methane in an engine to produce electricity to be energy-neutral,” Greeno said.

He told reporters that the cost of expanding the plant would be closer to $400 million if the entire project was being started new.