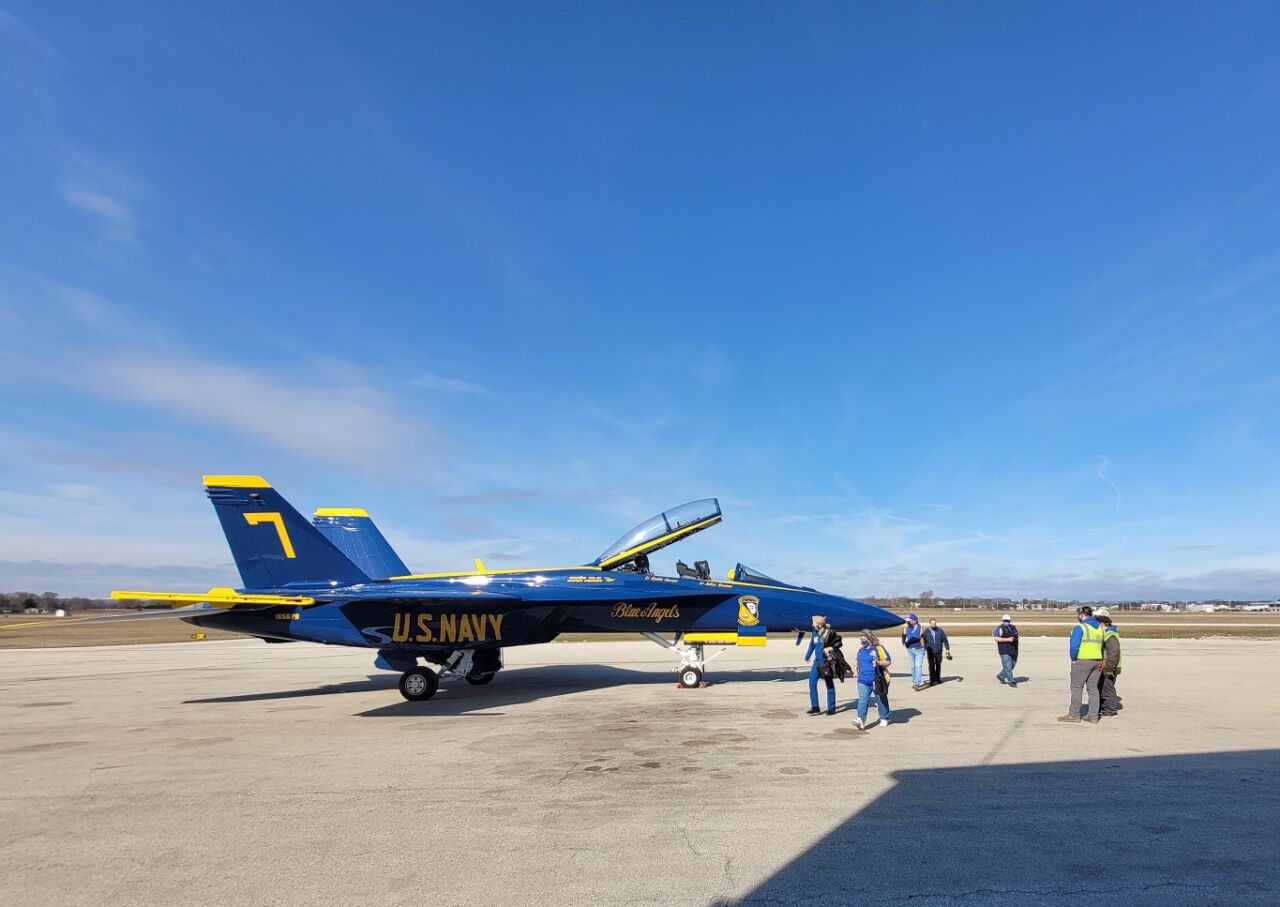 The La Crosse Airport is expecting interest to be high for the first Deke Slayton Airfest in seven years.

The air show is only held during years when a military flying team is available to draw a large crowd, and this year the Navy’s Blue Angels are the featured attraction for June 12-13.

One of the Navy’s Blue Angels F/A-18 E/F Super Hornets flew into La Crosse in late March to get a lay of the land.

Airfest coordinator Bruce Mathew told the La Crosse aviation board Monday that they already have more than 1,000 tickets sold. The goal is 2,000.

It will be a drive-in event at the airport this year, because of COVID restrictions, with visitors allowed to view planes from the cars instead of walking around.

Because of this format, organizers understand a lot of people are going to just sit outside their homes, look up and watch the show for free. They are encouraging the public to buy a ticket — even if it’s a group of 55 friends who all pitch in $1.

Tickets in advance will be $55, but not per person. Per car. And up to six people enter per car. That price jumps to $75 per car on June 10. Tickets are only good for one of the two days. They can be purchased at Airfest.com.

Everyone who works at the show is a volunteer. Tickets go to pay the performers and work on the next Airfest, which won’t be until 2024.

The Blue Angels will be the big draw, but Mathew says there will be civilian “acts,” too:

Along with the Navy’s Blue Angels F/A-18 E/F Super Hornets, this year’s pair of shows will also include (click each for respective websites):

The pandemic, highway work, and the unavailability of a big-name attraction have kept La Crosse from having the Airfest for the last six summers, and the next one isn’t scheduled until 2024.