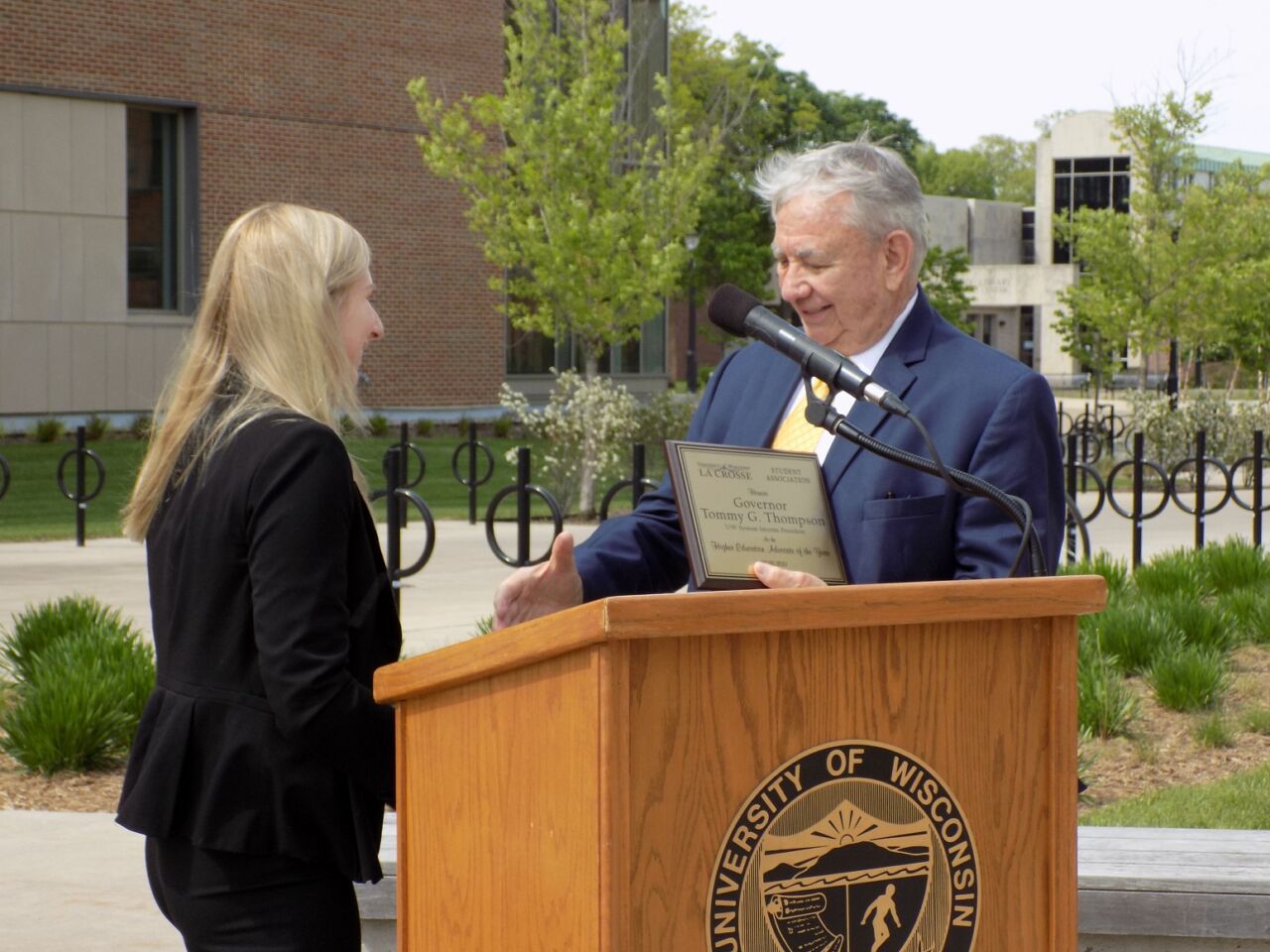 Tommy Thompson has been in politics and government for 50 years, serving as governor of Wisconsin and U.S. health secretary.  But until Friday, Thompson had never received an award from college students.

Now, the current UW system president has been named a Higher Education Advocate by the student government at UW-La Crosse.

Thompson told a campus audience outside the student union he’s optimistic about the chances that universities can return to more normal activity soon, following a year of COVID-19.

Thompson, who led the Department of Health and Human Services under President George W. Bush, complimented students at La Crosse and in the system for taking anti-COVID measures seriously over the past year.

He says they had a “cultural responsibility that I did not expect. The students themselves adhered to the rules better than a lot of people…and they will tell you, you know, get your mask on.”

Student association president Cate Wiza presented the award to Thompson, who kidded her about her plan to attend law school in what he called the “terrible state” of Illinois, at Loyola in Chicago.