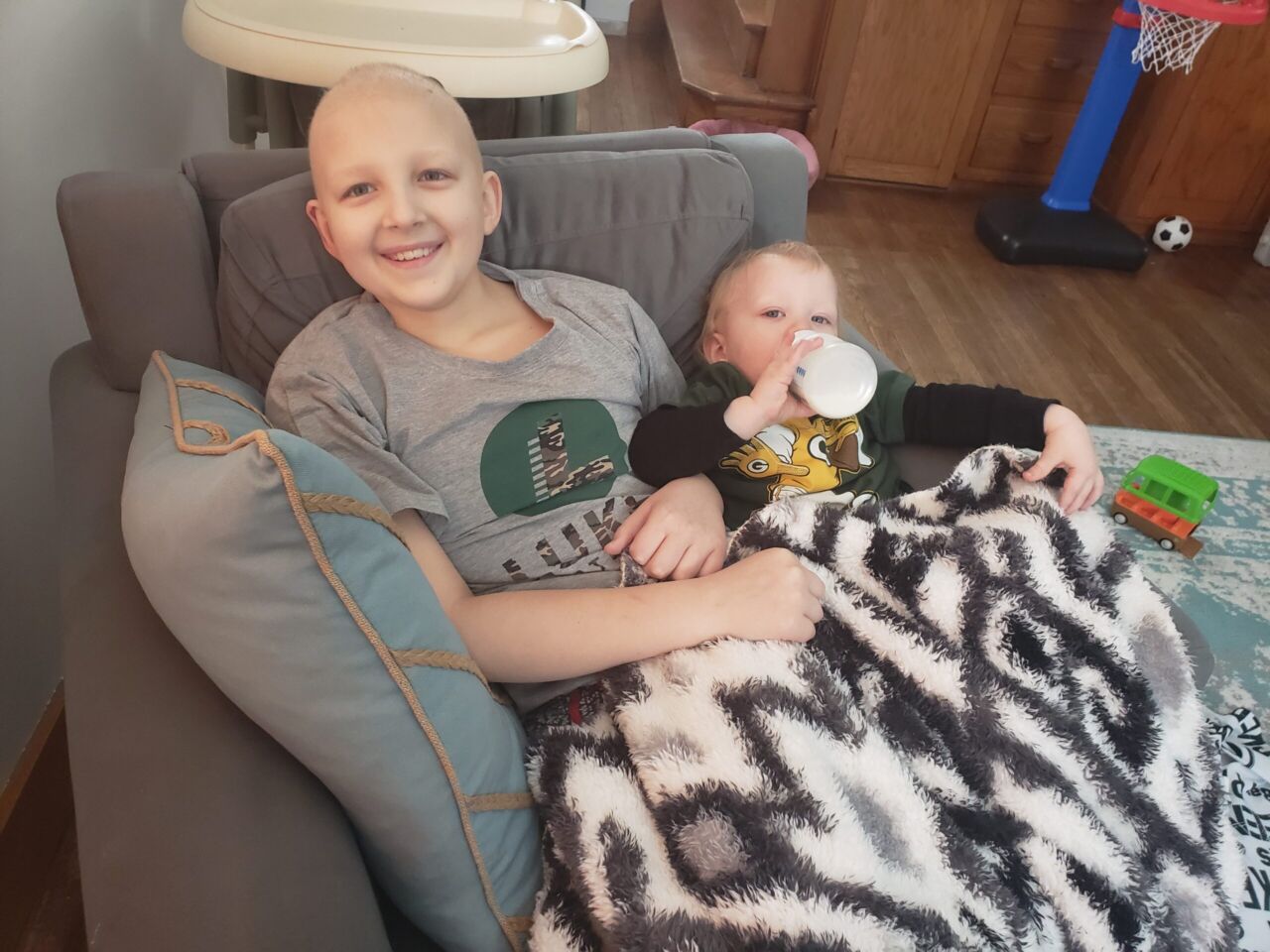 Noah Schroeder (left) holds his brother Zachary. Noah is a 12-year-old from La Crescent who is battling brain cancer, and the focus of this year's Big Bikes for Little Tikes.

For two decades, Big Bikes for Little Tikes has found a local child in the area who just isn’t able to experience the life a kid should be living.

The 95.7 the Rock group tries to help make that kid’s life, at least a little bit better.

Think of it as Make-A-Wish, but with Harley Davidsons.

This year’s ride through the Coulee Region is raising money to help Noah Schroeder, a 12-year-old La Crescent boy battling brain cancer and trying to get healthy enough to go through chemo and a bone marrow transplant.

Noah’s a gamer, and Big Bikes is raising money to set Noah up with the baddest computer gaming system possible, teaming up with a local custom designer.

Noah surely will be thrilled when it’s ready, but his dad Rob says he’s already giddy just listening lately to the radio.

“Every time we hear the commercial on the radio, we turn it up,” Rob said. “We’re telling everybody to tune into the Rock so they can hear Noah’s commercial. It’s really exciting.”

Part of the goal for Big Bikes is to help these kids live like kids are supposed to live.

“He’s tired a lot,” Rob said. “Doesn’t get to hang out with any of his friends that much. Doesn’t get to go to school. Hangs out with his brother a lot, and he’s got a French Bulldog puppy named Josie that he loves playing with, as well.”

Along with the gaming setup, Big Bikes will also be sending the family — Noah, Mom Lauren, Dad Rob, Noah’s 2-year-old brother Zachary, and maybe even Paxon and Josie dogs — to the Apostle Island National Lakeshore in northern Wisconsin.

While the ride begins at 10 a.m. Saturday from the Onalaska Harley Davidson, there will be a get-together at the Onalaska American Legion outdoor barn afterward.

“Even if you don’t ride, you can still participate,” the Rock’s Brian Simpson said. “Even if you can’t make it that day, we hope you sign up.”

Signing up gets you a Big Bikes for Little Tikes t-shirt and a chance to win raffle prizes, not to mention brats at the Legion after.