Owl Center director no fan of plan to, essentially, create ATV trails around bluffs in Houston 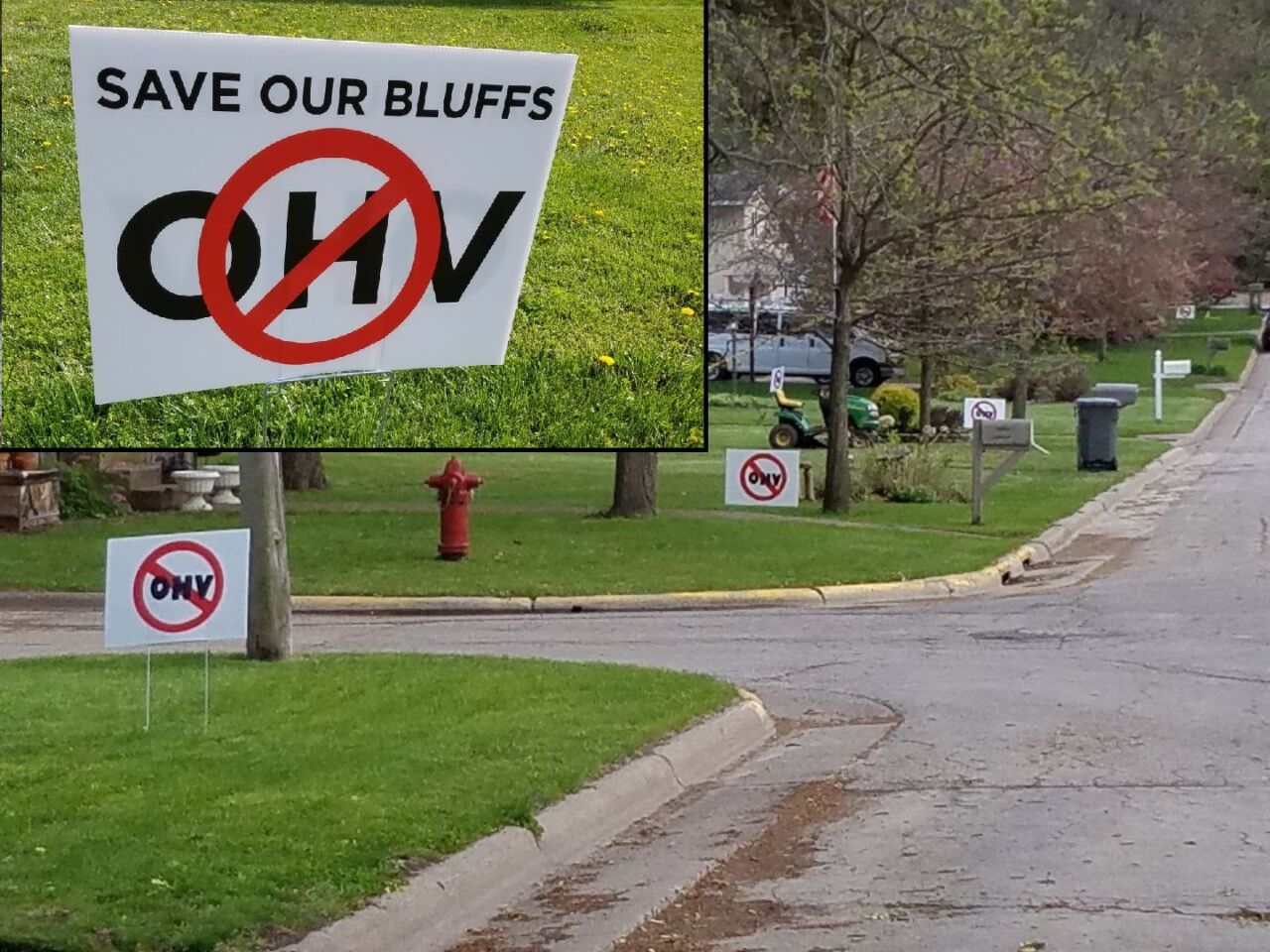 Imagine dirt bikes or four-wheelers bumming around the hillside around La Crosse’s Grandad Bluff all day.

That’s, essentially, what the city of Houston, Minn., is considering by creating Off-Highway Vehicle (OHV) trails. Some residents — and at least one business owner — are not happy about the idea.

Karla Bloem is the executive director of the International Owl Center in Houston. She is definitely against OHV trails in the bluffs around town, as it would hurt business. But, she noted many other factors against the trails, including noise, erosion, maintenance cost and critical habitat growing and living in that area, including a threatened species.

“Our hill is not just flat, it’s actually arched like a natural amphitheatre,” Bloem said of the bluffs around Houston. “So, it’s basically designed to send sound down into town.”

Bloem feels the trail plans will negatively impact her business, her customers and the habitat of the animals she advocates for.

“It kind of goes against our mission, in making the world a better place for owls, and our visitors care about that type of thing,” Bloem said Thursday on La Crosse Talk PM. “So, if they see our community doing this, they may be like, ‘Oh, this diminishes my experience here.’

“Especially when we build our new outdoor aviaries, where you’re walking through the same space that an owl is in and there’s nothing between you and the owl, and you’re hearing that in the background.”

She also noted the trails would go through “dry bluff prairies. One of the rarest habitat-types in the state,” she said. Trails would also disrupt the environment of the Timber Rattlesnake, a state-threatened species.

Doing the latter would push those snakes into new areas, where townspeople may end up with new slithery neighbors.

“That’s one concern that’s been expressed by several rattlesnake experts,” Bloem said. “If you disturb their natural habitat, where are they going to go? Farther away, and that’s going to drive more of them into town is what they’re suspecting.”

Bloem also said there haven’t been any studies by the DNR, or other entities, into the trails’ economic or environmental impact.

“So the DNR, currently, as it stands right now, is not intending to do any environmental assessment of the trail alignment, even though it’s on highly-erodible soils, on very steep hillsides, going through rare habitats and we know there’s (a state threatened) species there,” she said. “So, it seems very counterintuitive that the DNR wouldn’t do some assessment.”

Bloem would also like to know the economic impact of such trails. She admits they would bring in visitors.

There are signs in the city against the trails. There’s also a website dedicated to the cause.

“There are a lot of people very outspoken against it,” Bloem said. “There’s an informal organization of people who have gotten together — basically “Save our Bluff” — trying to educate themselves and everybody else about the impacts of this.”

According to Bloem, the city used grant money to purchase 120 acres of land solely for the use of OHV trails. The city would also install the trails in the 118-acre South Park.

Using grant money for one sole purpose creates another dilemma. If the city council votes against the plan, it may have to pay back the around $400,000 in grant funding.