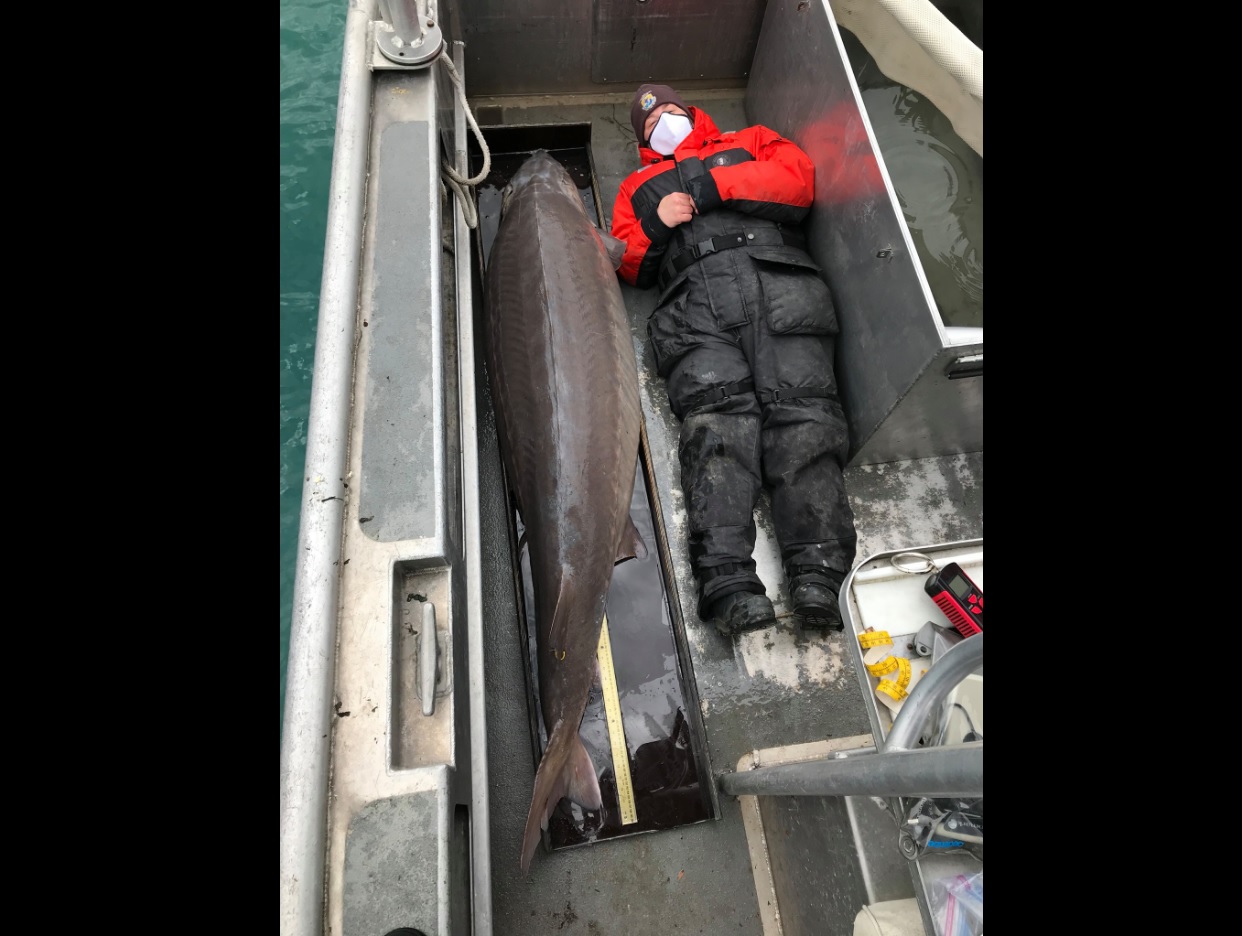 A 240-pound (108.8 kilograms) sturgeon that could be more than 100 years old was caught last week in the Detroit River by the U.S. Fish and Wildlife Service.

The “real life river monster” was nearly 7 feet (2.1 meters) long, the agency said Friday on Facebook, where the photo was shared more than 48,000 times by Monday afternoon.

“Based on its girth and size, it is assumed to be a female and that she has been roaming our waters over 100 years. She was quickly released back into the river” after being weighed and measured, the Fish and Wildlife Service said.

The typical lifespan is 55 years for a male sturgeon and 70 to 100 years for females, according to the Michigan Department of Natural Resources.

This fish was caught on April 22 near Grosse Ile, south of Detroit, while a three-person crew was conducting an annual sturgeon study. Frozen round goby, a tasty snack for a sturgeon, was used as bait on a long line that was deep in the river.

It took about six minutes to get the fish into the boat with a net.

“I felt the fish thumping on the line. As it got closer, it just got bigger and bigger,” said Jason Fischer, who was with fellow biologists Paige Wigren and Jennifer Johnson.

Wigren recalled thinking, “Yep, this is going to be a real good fish story.”

“She was tired out and didn’t fight us very much,” Wigren said. “Imagine everything that fish has lived through and seen.”

Lake sturgeon are listed as a threatened species in Michigan. Anglers can keep one a year, but only if the fish is a certain size and is caught in a few state waters. All sturgeon caught in the Detroit River must be released.