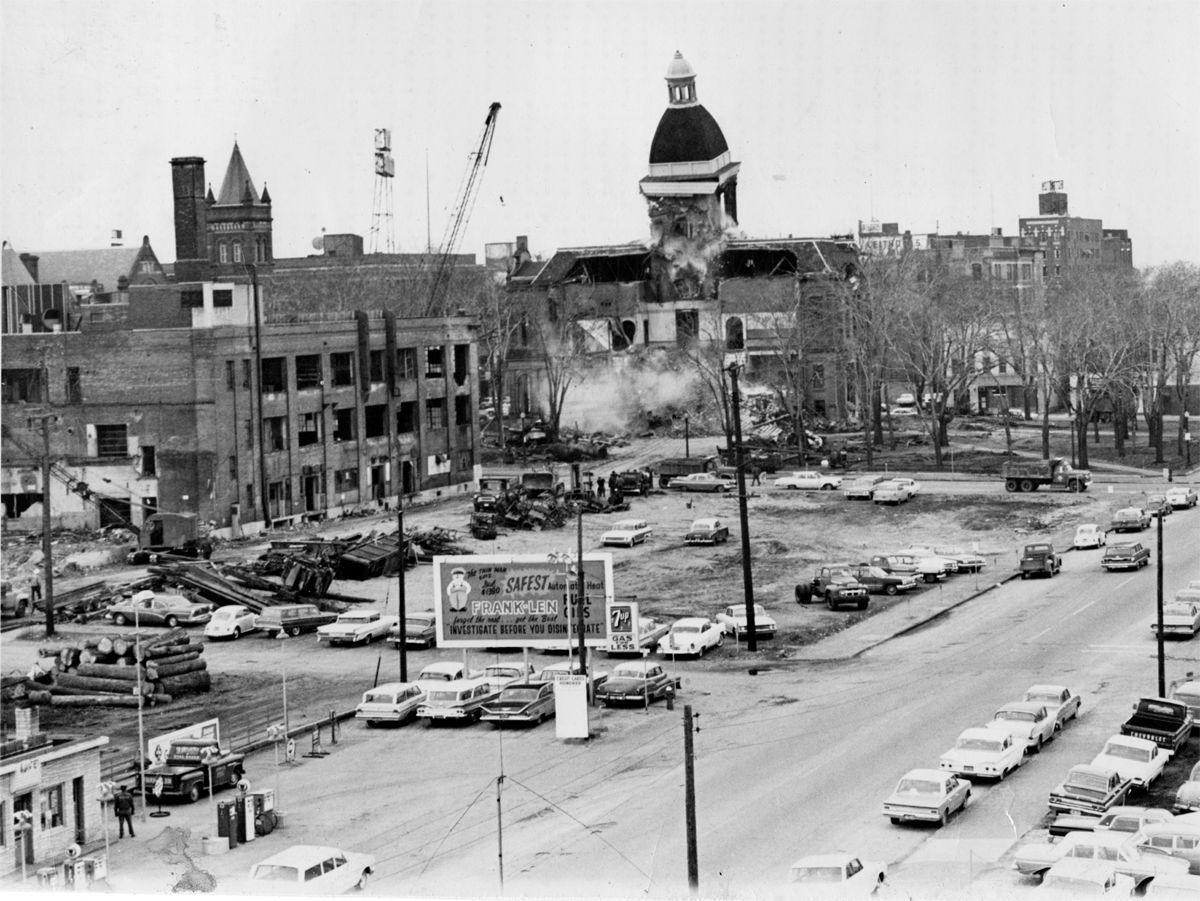 Late in April of 1965, the domed courthouse in downtown La Crosse was demolished, after being used for 61 years.  A new jail and courthouse had just been completed a block away, and the county had decided there was no reason to keep the old building around.  The courthouse on what is now called Belle Square was replaced with a Montgomery Ward store, that operated between 3rd and 4th Streets for 20 years.  A metal time capsule was retrieved from the courthouse cornerstone, and was hidden away behind the dedication plaque in the new courthouse lobby until 2017, when the box was opened again.

The record flood waters of ’65 were starting to go down about the same time the courthouse came down.  The Mississippi crested in La Crosse at 6 feet above flood stage on April 22nd, and the high water shut down traffic on the Causeway for about two weeks.

“My Fair Lady” and “Mary Poppins” were big winners at the Oscars that April.  Later in the year, moviegoers would see “The Sound of Music,” and the drama “Ship of Fools,” with a star-studded cast featuring Lee Marvin, Vivien Leigh, Jose Ferrer, and George Segal.  The courtroom drama “The Defenders” was ending a long run on CBS.  So was a short-lived lawyer show called “For the People,” starring William Shatner as a district attorney and Jessica Walter as his wife.  In 1965, yesterday in La Crosse.