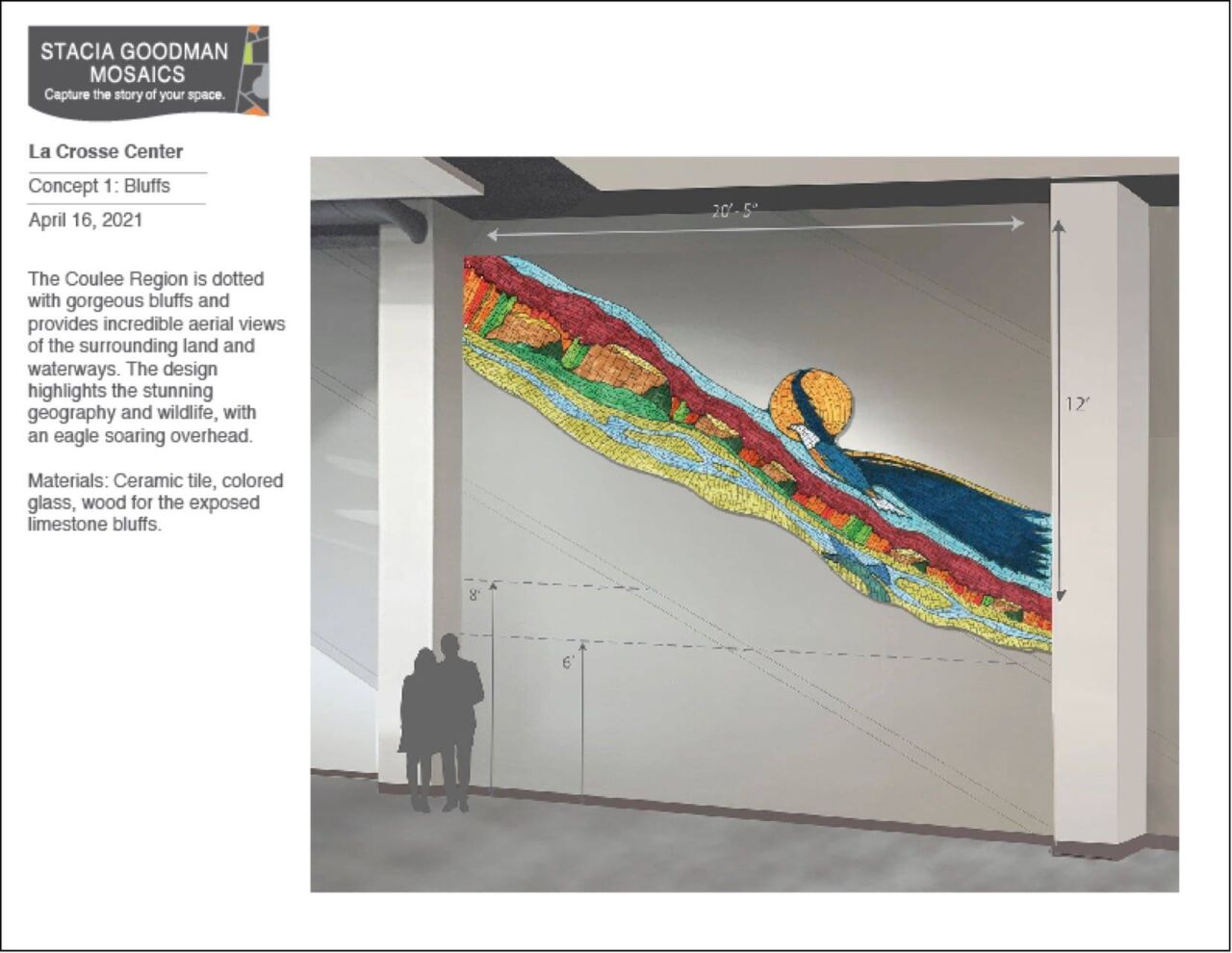 The La Crosse Center has now chosen an artistic design to decorate a wall in a newly-built portion of the facility.

A special committee chose a mosaic design by Stacia Goodman, a Minnesota artist, which represents a heron flying over a river.

Goodman and a second finalist (below) came to the La Crosse Center earlier this month to pitch their art designs.

Before the La Crosse Center expansion project began, former Wisconsin Governor Scott Walker pledged that the state would provide $5 million for what would become a $42 million budget. The center has now finally received that state money.

Center director Art Fahey says the check arrived in the mail a few days ago.

“It doesn’t look real when you see that many zeroes,” said Fahey. “When they opened the mail, they said ‘Art, you got a check down here for five thousand dollars from the state.’ What is that? They misread it.”

Fahey told the center board that in the four years before the pandemic shut down most events in the building, the La Crosse Center generated between $40 and 50 million of revenue a year to the local economy.

The expansion scheduled to be completed this fall is aimed at increasing that revenue.