Tanke honored as local Salvation Army volunteer of the year 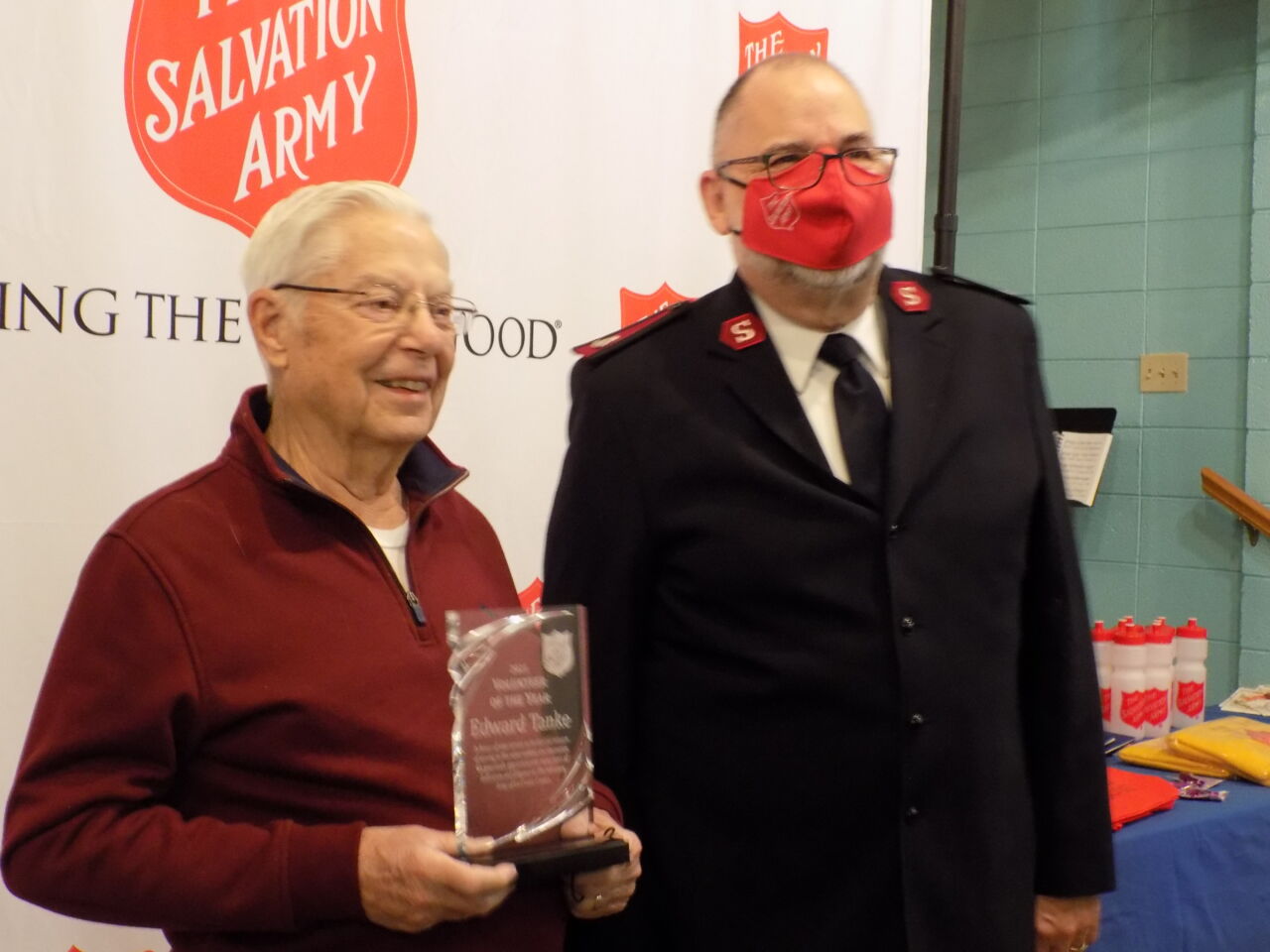 The Salvation Army in La Crosse is celebrating Volunteer Appreciation Week by giving an award to an outstanding volunteer for the organization.

Ed Tanke received the local Volunteer of the Year honor on Tuesday for decades of assisting the Salvation Army as a board member, and as a worker at the local thrift shop.

Tanke, a veteran insurance agent in La Crosse, says enjoyment and satisfaction are the reasons that he volunteers.

“You don’t do it to be put on a board, I see they’ve got a plaque now for it,” said Tanke. “You do it because you want to help people.”

Tanke became involved with the Salvation Army because his late wife’s parents worked for the organization.