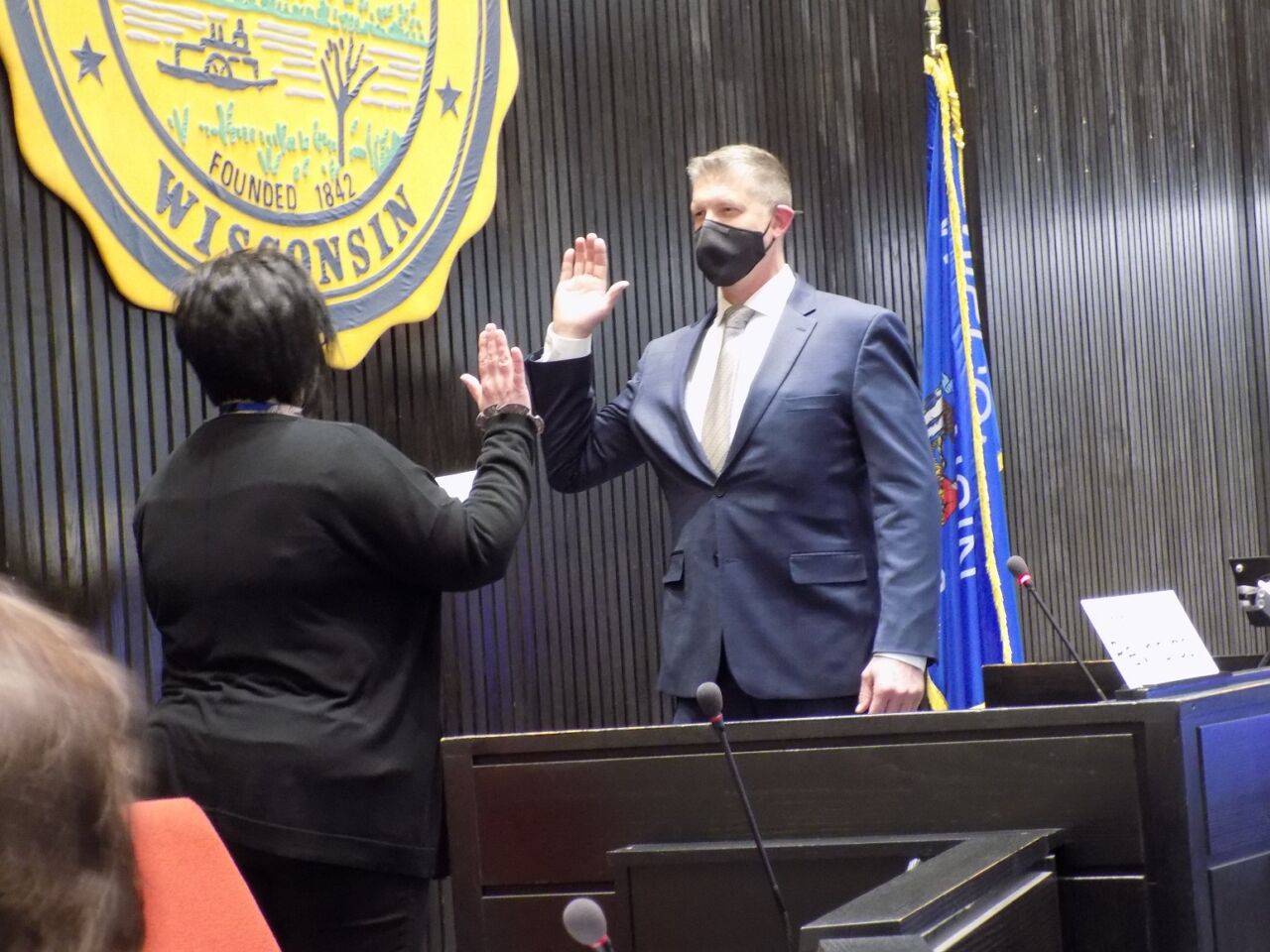 In Washington, it takes a little over two months to transition from an old president to a new one after an election.  For the city of La Crosse, the transition is just two weeks after a new mayor is elected.

The change was completed Tuesday, as Tim Kabat presided over his last meeting as mayor, and Mitch Reynolds took the oath to succeed him.

Kabat thanked the city leaders who worked with him, and the people who take the step of running for office.

“It’s no small action to put your name on a ballot, and open yourself up to criticism and judgement,” said Kabat, retiring after eight years as mayor. “You have my admiration and thanks on behalf of our community for stepping up to service.”

“We live in a city rich in strength and resiliency with people who work hard and imagine great things ahead,” said Reynolds for the people who call our city home.”

The new members also took office Tuesday, and Barb Janssen was elected unanimously to serve as council president, succeeding Martin Gaul, who gave up his council seat to run for mayor.