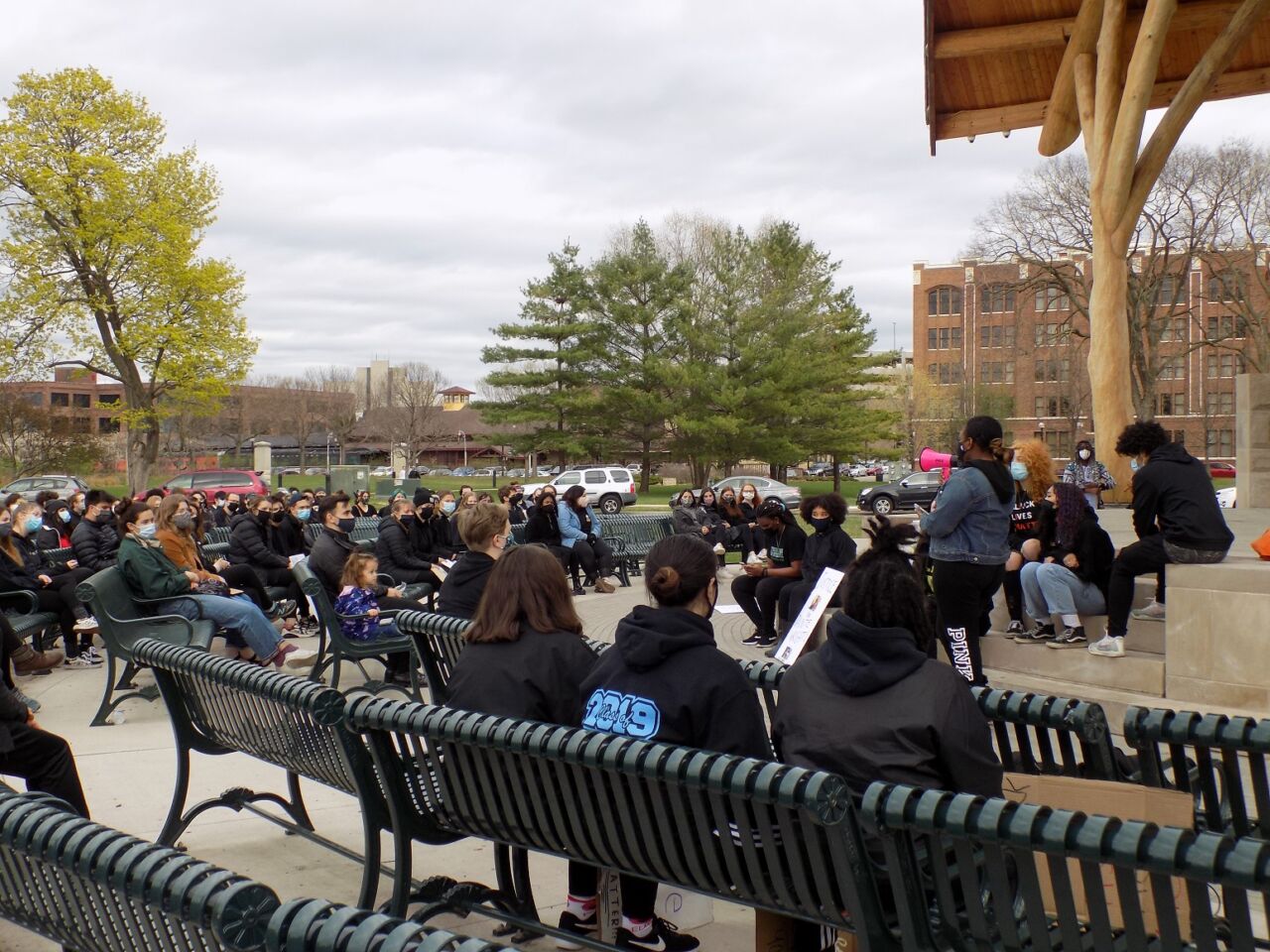 Last summer, a name spoken often on the streets of La Crosse was George Floyd.  This year, the name Daunte Wright may be invoked as well at local protests against racism, such as one held Thursday night at Riverside Park.

The event came four days after Wright, a 20-year-old black man, was shot and killed by a white policewoman in the Twin Cities area.

Brianna Washington of La Crosse was one of the organizers of Thursday’s event, as part of a local group called Black Student Leaders.

Washington argues that since Floyd died in police custody last May, she doesn’t see less racism…but rather, more attempts to hide it.

“People started realizing, whoa, like, ‘I can’t continue to do this,'” she said. “I would notice like even in my workplace, people would kinda be just more under the table about it.”

The ongoing trial of former officer Derek Chauvin was a common topic of discussion at the Riverside event, with some speakers suggesting that an impartial jury could not be found for the trial, and wondering, with so much video evidence implicating Chauvin in Floyd’s

“It makes me angry that people are still treating black people like below them,” said one local speaker named

Speakers also asked the question repeated often since Wright’s death, wondering how the accused former officer who shot him could have mistaken a pistol for a Taser.