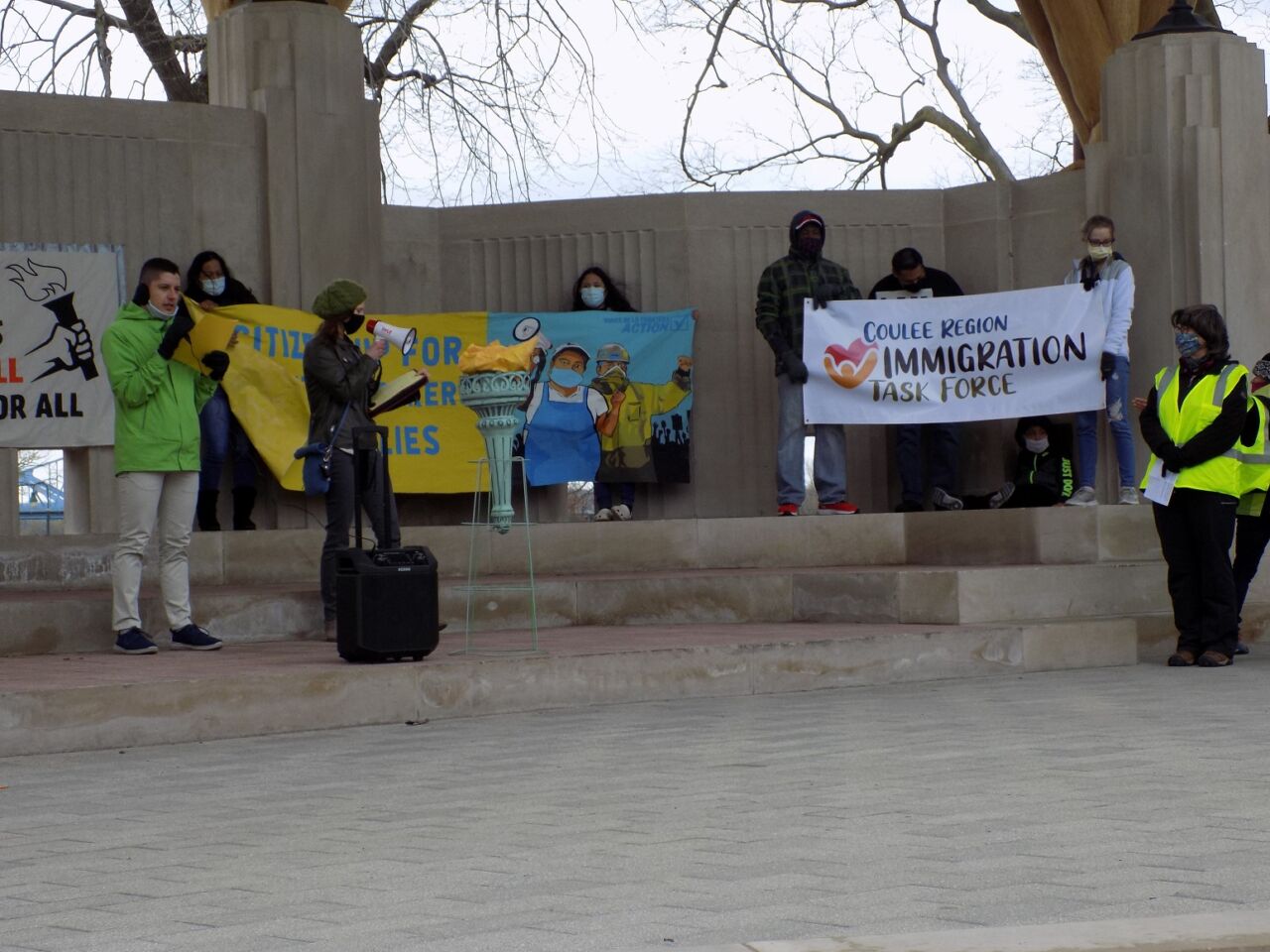 A demonstration to support immigrants in the Coulee Region brought a few dozen people to La Crosse’s Riverside Park on Tuesday, after a march from the Cass Street bridge.

The event was part of the March to Victory-Relay Across America, sponsored by the action group Voces de la Frontera.

At the Riverside bandshell, spectators heard from immigrants, who called for more rights or for an easier way to achieve citizenship.

Many of the speakers addressed the crowd in both English and Spanish, including La Crosse County Board chair Monica Kruse, who is an immigrant herself, having moved to the U.S. with her family from Germany when she was 14.

Demonstrators carried a large decorative torch with a mock flame, which is being taken from one rally to another during the action campaign.