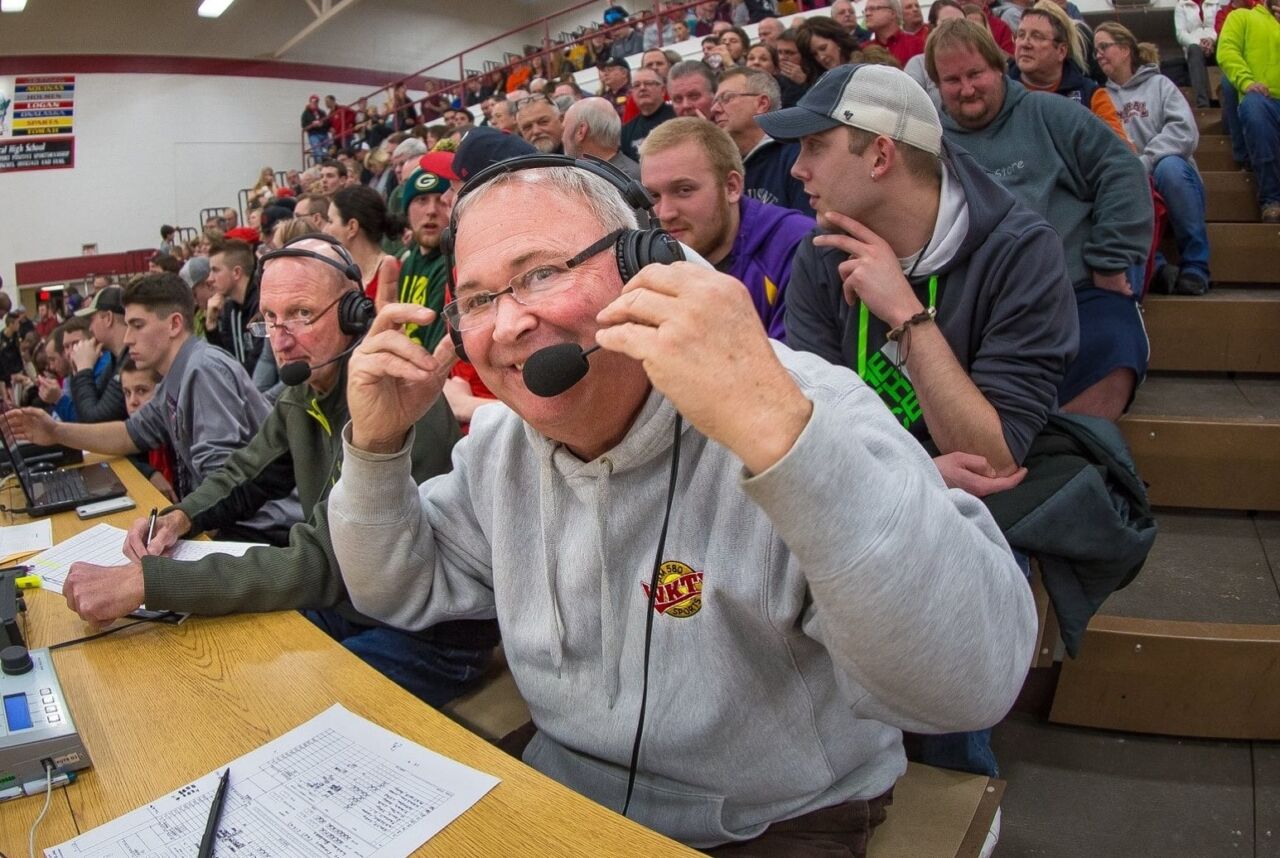 La Crosse area sports fans and radio listeners are remembering a second-generation broadcaster, who became a familiar friend for more than 40 years on the air.

Kearns spent his 43-year radio career at WKTY, where his father Charlie Kearns had worked since the station went on the air in the 1940s.

Mike and Charlie are the only father and son in the Wisconsin Broadcasters Association Hall of Fame. Mike Kearns also spent time early in his career working on WKTY’s FM station WSPL, which later became 95.7 The Rock.

After Charlie’s passing in 1981, Mike became host of the “Lead Balloon Show” on WKTY and continued the “world’s worst radio show” until his retirement in 2016. He also followed in Charlie’s footsteps as the play-by-play announcer for high school and college football and basketball games that aired on WKTY, which he continued to do for a time after leaving the Lead Balloon Show.

When he wasn’t on the air, Mike enjoyed golfing, fishing, cooking and time spent with Dawn, his wife of 45 years, their children Patrick and Erin and grandchildren.

Mike was founder of the annual Charlie Kearns Memorial Golf Tournament, held for more than 30 years at Drugan’s Castle Mound in Holmen. He was named Mardi Gras Rex in La Crosse in 1995, and served as the Maple Leaf Parade marshal at Oktoberfest in 2002.

A private family memorial service will be held, while a Celebration of Life is planned for July 31 at Myrick Park. Memorials in Mike’s honor are preferred by his family.