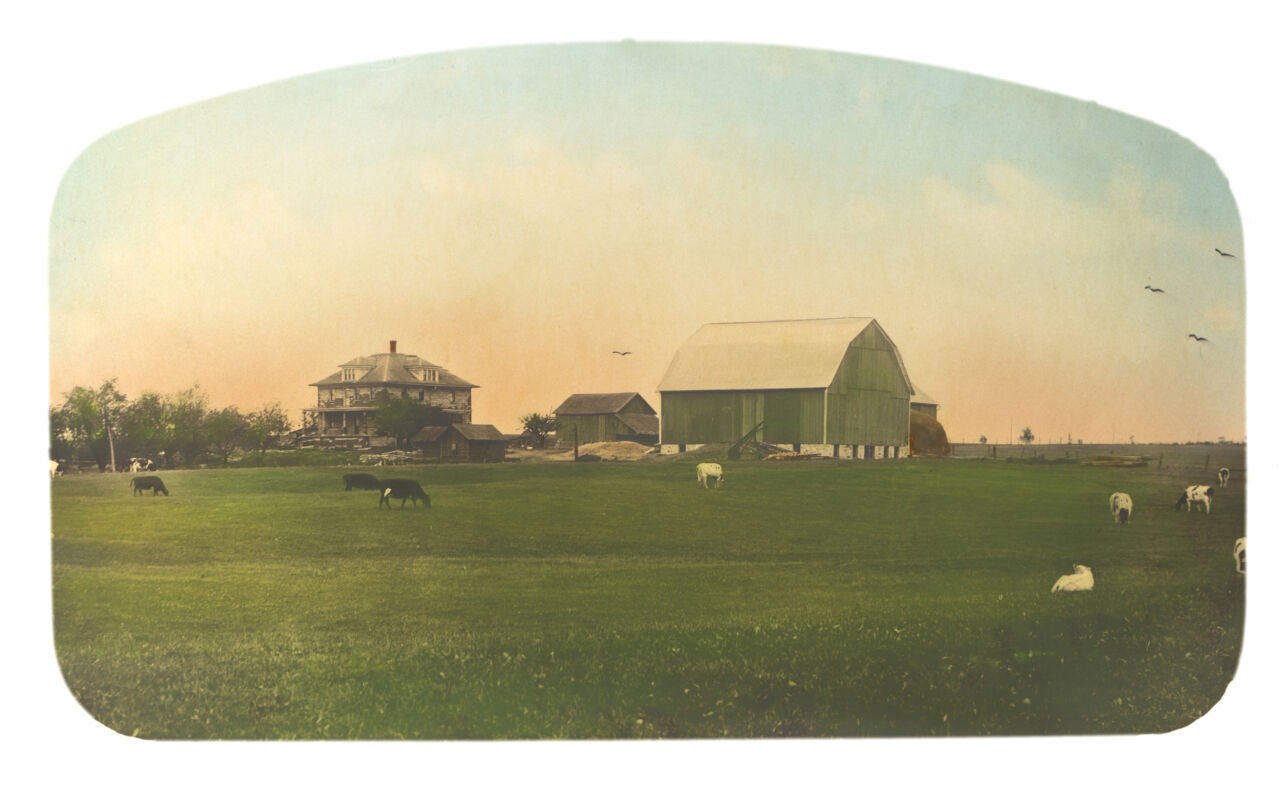 All images and captions are courtesy of Corey Geiger

Written in ink and bound in memories, a Wisconsin author captured six generations of local tales in a single book that details the early beginnings of America’s Dairyland.

Corey Geiger said he grew up with the book, but On a Wisconsin Family Farm was not written yet. He was raised with stories passed down from generation to generation that chronicled his family’s immigration to America and the start of their family farm.

When that farm was approaching its 150th anniversary, Geiger could not convince his parents, Randy and Rosalie Geiger, to have a party on the farm, so he decided to have a party in the paper. The idea was to share this history through a series of regular columns called Homesteader’s Hope in The Brillion News. As the managing editor of Hoard’s Dairyman, he was familiar with the writing process.

“My goal was to write 20 columns,” Geiger said. “So far, I’ve written 95 columns. That’s about enough to do 17 editions of Hoard’s Dairyman cover to back. It goes beyond our family. These are a little bit of history, and a little bit of bringing it fast forward to the current and understanding why these people did things the way they did.”

Although Geiger was raised with his sources, getting the complete story was not always an easy task. He noted times when he hid a tape recorder under tablecloths to capture conversations with his grandparents.

“It just was not them to share this,” Geiger said. “My grandparents, Elmer and Juia Pritzl were the fourth generation on the farm. Julia was born in that farmhouse in 1918. We gathered on her 90th birthday, and my dad asked if she would like to say any words. She said, ‘I’m grateful Randy and Rosalie are running my family farm and that it is still in the family.'”

In the three most recent generations, the farm broke cultural norms and was passed through daughters Anna Burich, Julia Pritzl, and Rosalie Geiger.

“Today, there are a lot of women working on farms or taking leadership roles,” Geiger said. “100 years ago, that wasn’t happening.”

His book tells of trials, tribulations, and innovation with a colorful cast of characters portrayed in black and white images that were passed to Geiger after his grandmother died.

“When my grandma pushed into her 90s, I knew she had pictures and documents, but she did not want to share them yet. She said, ‘when I die, they are under the bed. They are yours.’ They were all there labeled in her own way. They matched the stories I heard from my entire life. It was a privilege to gather all of this.”

Geiger also used his love for collecting old plat books to show previous landowners and see how neighbors’ stories interlocked with each other. Additionally, original abstracts from family farms used to include wills that could add details to history.

Embracing another unique writing method, Geiger would often visit the graves of those who he was writing about, trying to connect.

“I would look at the notes that were left behind and ask, ‘Why did they come to America? How bad was it to leave Europe? How bad was it to decide to sew money in clothes and send it back to Bohemia and hope it got there?’ To make those kinds of sacrifices, it wasn’t easy.”

During those times, neighbors helped neighbors, and community and family came closer together.

“They did some really good things, and they had their turmoils,” he said. “If you’re bootlegging in the 1920s, you’re not following the letter of the law by any means. Or maybe there’s a copper kettle in the barn making brew not from moo. We can finally talk about those things four generations removed.”

Geiger said the greatest honor in publishing a book like this is hearing when it inspires others to also dive into their family history.

“I had a big dream, and it’s finally coming to life through this book, but I’ve been collecting material for years,” he said. “For those in the farming community, there are a lot of neat nuggets out there, and you just have to believe in them.”

Before On a Wisconsin Family Farm officially went on sale, Geiger had pre-orders from 21 states. Those who want a signed copy can purchase the book at www.coreygeiger.com. Otherwise, the book is available through Arcadia Publishing, Barns & Noble, Amazon, and more.