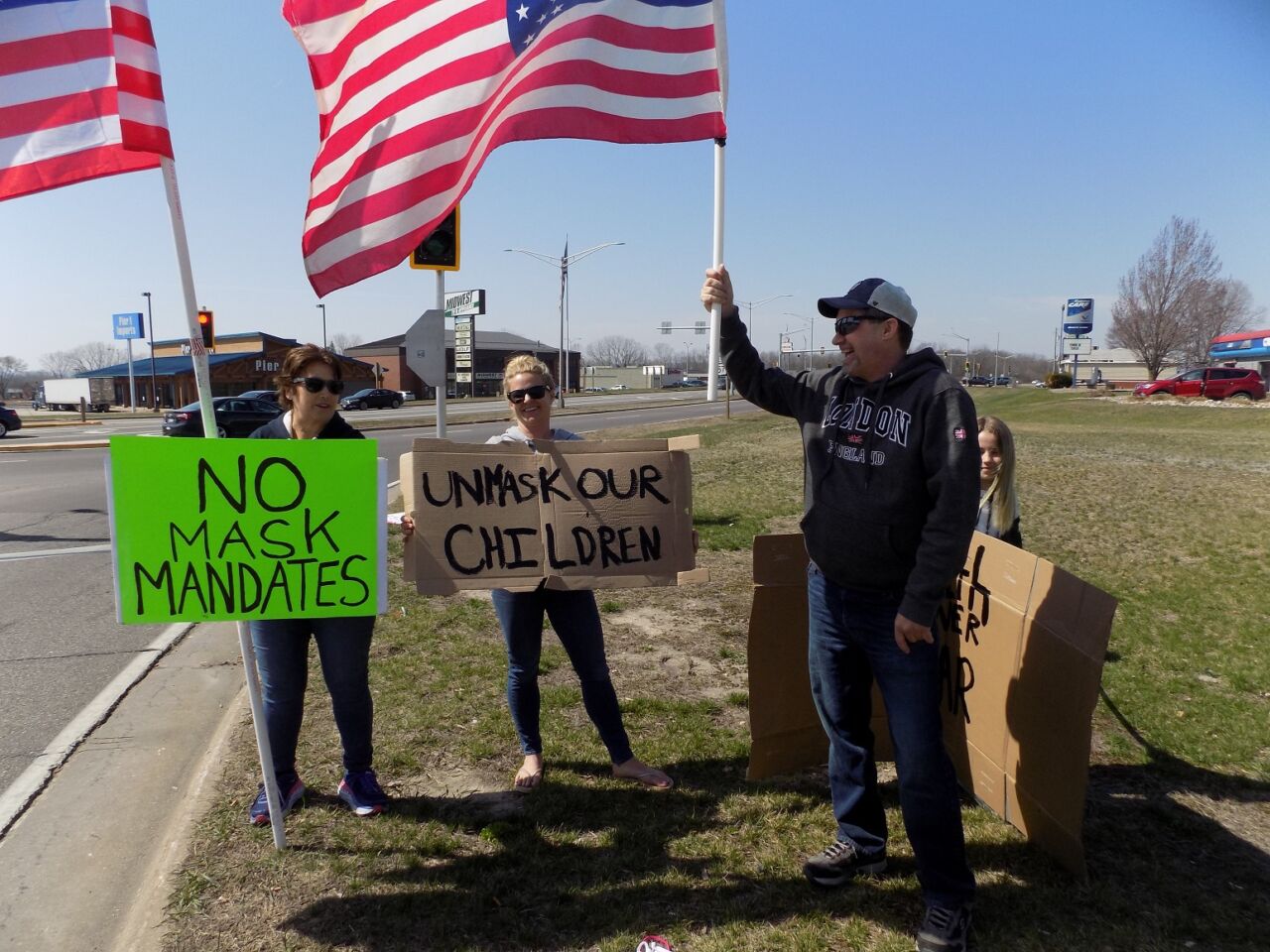 Some gather near Valley View Mall on Saturday, April 3, to celebrate the end of Wisconsin's mask mandate earlier in the week,

A few people did gather near the mall to hold up signs and wave flags in celebration to the end of Wisconsin’s mask mandate, struck down by the state Supreme Court last week.

Rumors of a mask-burning event Saturday, after the rally at the Valley View Mall for this weekend turned out to be more smoke than fire.

The Facebook post with about 100 people tagged about the event also said there would be a “MASK BURNING after RALLY.”

That post was apparently taken down fairly quickly, according to a Westby man at the rally.

“There ain’t no mask burning,” he said. “And what really makes me mad. She got censored. Go to China if you wanna get censored.”

A handful of people gathered along Highway 16. The Westby demonstrator said he’s not against using masks to prevent the spread of COVID, but he doesn’t want the government making him do it.

According to local fire departments, a mask burning would have likely been illegal because only permits to burn dry wood are allowed. The Wisconsin DNR also had shutdown 43 counties in the state from allowing burning altogether because of how dry it’s been. Multiple fires have happened throughout the state.