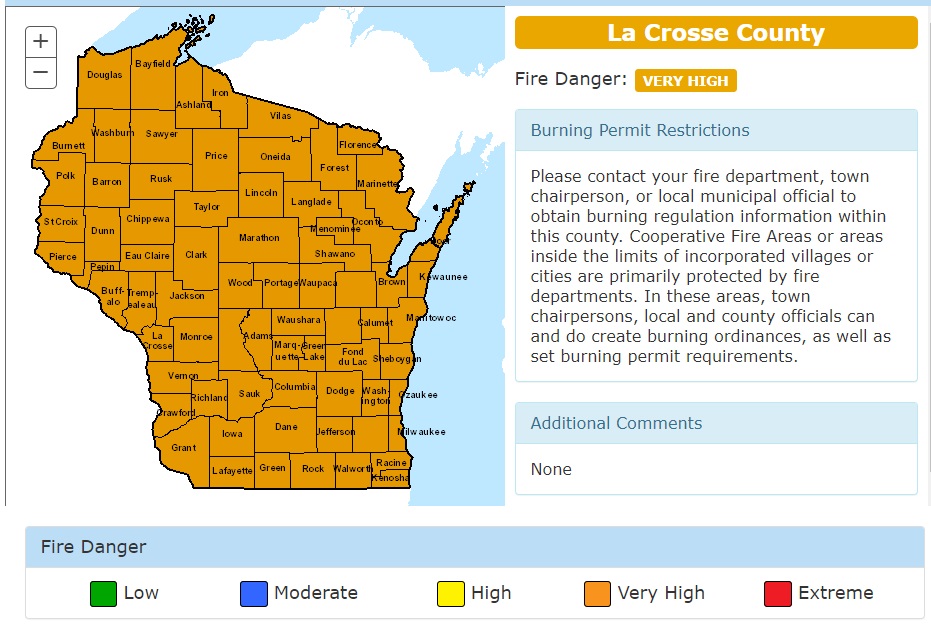 MADISON, Wis. (AP) — The Wisconsin Department of Natural Resources suspended burning permits Friday in dozens of counties and mobilized firefighters as the state heads into an unseasonably warm and dry weekend.

The department suspended permits in 43 counties where it regulates burning, including most of the counties in the state’s northern third. Municipalities regulate burning in the remaining 29 counties. People in those counties should check with their local fire officials about whether permits remain valid, DNR Fire Suppression Specialist Catherine Koele said during a news conference.

The department also has positioned firefighters and equipment such as engines and tractors at ranger stations around Wisconsin. The department’s entire firefighting staff will work through the weekend and the agency is ready to request air support from the Wisconsin National Guard if needed, Fire Suppression Specialist Eric Martin said.

The state has seen more than 200 wildfires in 2021 that consumed more than 450 acres, including 55 fires last week alone. The department was tracking five wildfires, all in the northern half of the state, on Friday, according to the agency’s website. As of midday the fires had consumed a little less than three acres. Department officials fear the lingering lack of precipitation, temperatures in the 70s in places and strong winds this weekend could fuel more blazes.

“Our fires are very small. We don’t have those big, long-range fires you see out west, but we do have a lot of them,” Koele said. “They can be prevented.”