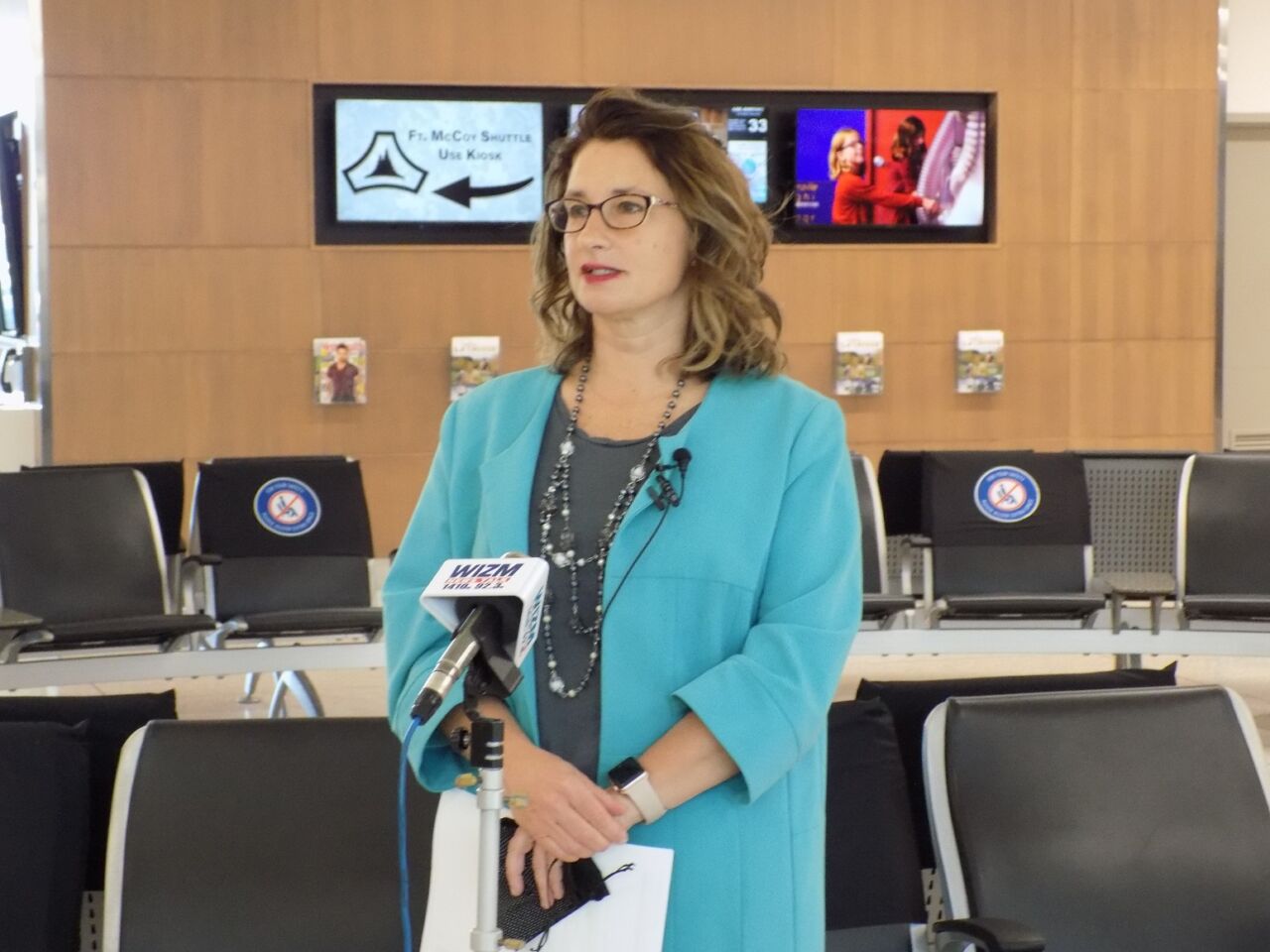 Solving the PFAS pollution problem on French Island will be a top priority for Vicki Markussen, if she’s elected mayor of La Crosse.

Markussen spoke Friday with reporters at the La Crosse Airport, which was found to be the source of PFAS found recently in dozens of wells nearby.  She’s concerned about the health of those families, and people who worked with firefighting foam containing those chemicals.

“Those impacted are our friends, our classmates, our co-workers, and our family members,” said Markussen, also mentioning the firefighters who have handled the foam. “This is a no-win situation for all of us, and we must work together to find solutions.”

Also, “we must expand testing around the 1970’s plane crash that occurred, on the northwest side of the island.”

The former Chamber of Commerce director referred to new media reports that the chemicals apparently were used after a November 1970 crash of a small plane, north of the airport. Most of the recent testing has focused on areas south of a site where PFAS were used after a fatal plane crash in 2001.